スマートフォン専用ページを表示
Neko-chigura or Neko-tsugura[猫（ねこ）ちぐら or 猫つぐら] is a cat bed made of rice straws("Neko" means "cat" in Japanese.). That has a dome shape and is hand-made by weaving straws. 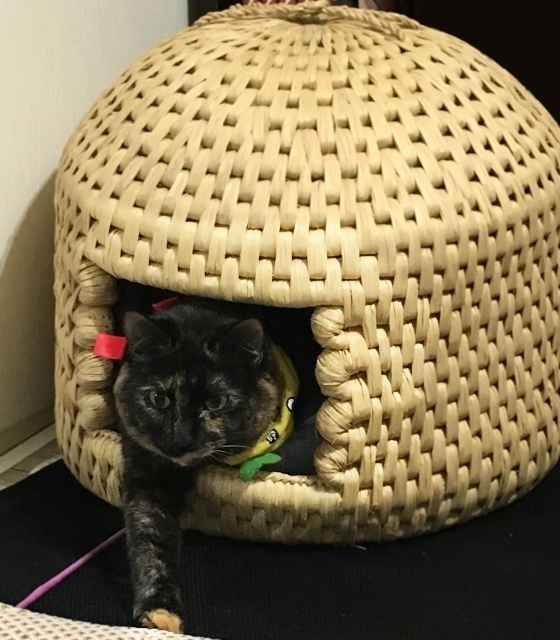 These are major rice producing areas and have heavy snow in winter. And in these areas, folk crafts using straws have been made in order to earn money during agricultural off-season. Neko-chigura was invented as one of these crafts.

Chigura or Tsugura[ちぐら or つぐら] is a cup-shaped cradle that was used in farmer's house once.

Neko-chigura can keep temperature and moisture, and that also has high breathability because of being made of straws only. Therefore, a cat lives comfortably in it where it is cool in summer and warm in winter. And cats prefer the narrow and warm space. Neko-chigura utilizes these habits of cat.

At the present time, not only Neko-chigura but also Inu-chigura[犬（いぬ）ちぐら](Chigura for dog) are made.