スマートフォン専用ページを表示
Zōni[雑煮（ぞうに）] is a traditional Japanese soup dish and that is mainly seasoned with Shōyu[醤油（しょうゆ）](soy sauce) or Miso[味噌（みそ）](fermented soy bean paste). 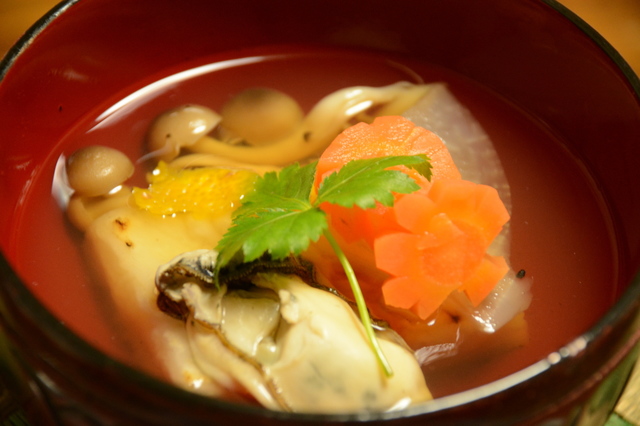 Its ingredients are various and Mochi[餅（もち）](rice cake) is its most general ingredient. Other than Mochi, seafood, chicken, vegetables such as Daikon[大根（だいこん）](radish), carrot, taro and Komatsu-na[小松菜（こまつな）](a kind of green vegetable) are used. And at the end, Mitsuba[三つ葉（みつば）](Japanese honewort) or Yuzu[柚子（ゆず）] is often put on that for flavoring. 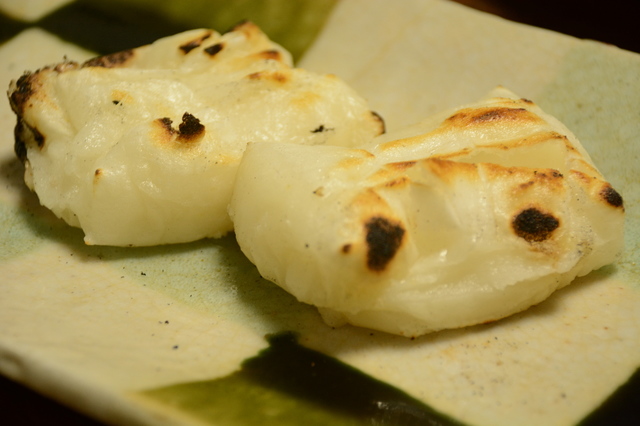 The origin of Zōni is not certain but a popular theory said that the history of Zōni started in the Muromachi Period(1336-1573) and people simmered and ate foods such as Mochi which was offered to deity at Shōgatsu[正月（しょうがつ）](Japanese New Year). It became popular among the common people in the Edo Period(1603-1868).

Even now, Zōni is especially eaten at Shōgatsu as a dish for celebration.

In Japan, there are many types of Zōni depending on the region and home. But they are roughly divided into two types.

In the eastern Japan, a clear soup seasoned Shōyu, salt, etc, which is called 'Sumashi-jiru[すまし汁（じる）]', is preferred and square Mochi is mainly used.

On the other hand, in the western Japan, the soup of Shiro-miso[白味噌（しろみそ）](It is a kind of Miso and that is more whitish than common Miso.) and round Mochi tend to be preferred. And in the northern coastal areas, seafood is often used.