スマートフォン専用ページを表示
Yamanami Highway[やまなみハイウェイ] is a nickname of the Ōita & Kumamoto prefectural route 11.

This route is from Beppu[別府（べっぷ）] City, Ōita Pref. to Aso[阿蘇（あそ）] City, Kumamoto Pref(Yamanami Highway is a part from the Suibun Pass[水分峠（すいぶんとうげ）], Yufu[由布（ゆふ）] City to Aso City of this route). The route is selected as one of 100 famous routes in Japan. 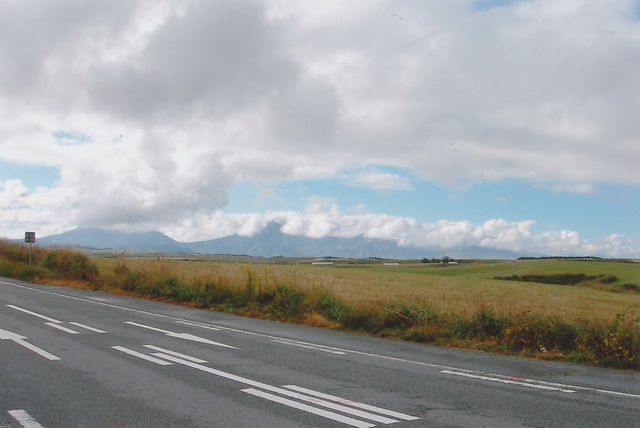 Yamanami Highway is known as a superb view driving route and weaves through Kujyū Mountains[九重連山（くじゅうれんざん）]. And you can enjoy grand views of plains spreading over highlands, which is rare in Japan.
If you go driving up the mountain from one of the most popular hot spring area "Yufuin[湯布院（ゆふいん）]", you'll arrive the Suibun Pass and it is a starting point of Yamanami Highway.

After passing that, the winding road follows for a while and Kujyū Mountains come into view. Before long, the road goes through plains and it's Handa Highland[飯田高原（はんだこうげん）]. There are many ranches around here.

The road goes through the highland and Kujyū mountains appear in front and this is Chōjya-baru[長者原（ちょうじゃばる）]. There is Tadewara Marsh[タデ原湿原（タデわらしつげん）] here. That has been designated as a Ramsar site and you can see various Alpine plants. 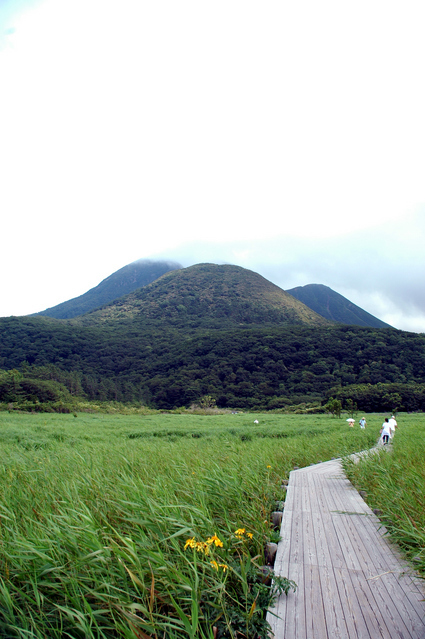 The road continues toward Kujyū mountains and goes up. After a while, the road reaches the Makinoto Pass[牧ノ戸峠（まきのととうげ）], it's the highest point on Yamanami Highway(1,333m). This pass is a starting point for trails to Kujyū Mountains. In June, You can enjoy not only climbing but also seeing Miyama-Kirshima[ミヤマキリシマ](It's a species of azalea that lives in only Kyūshū[九州（きゅうしゅう）] region.). 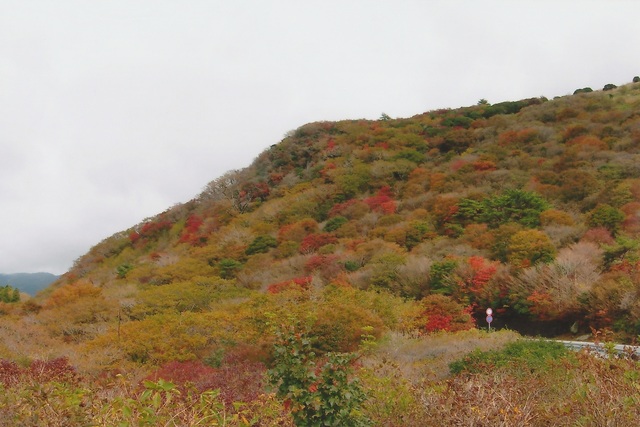 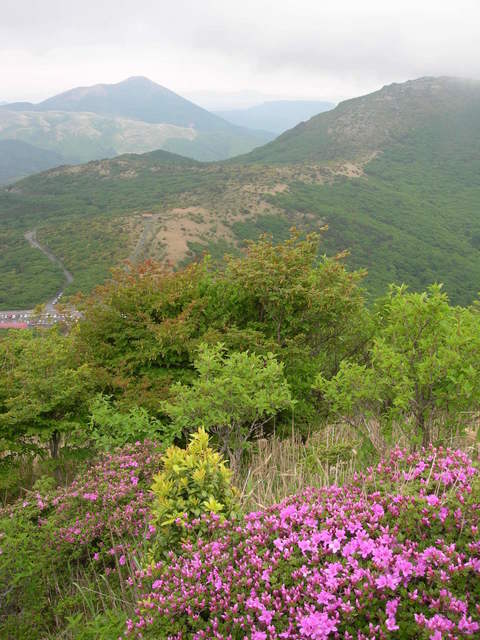 Going down the Makinoto Pass, the road across the prefectural border and enters Kumamoto Pref. Senomoto Highland[瀬の本高原（せのもとこうげん）] is around here and there are many hot springs nearby. Above all, Kurokawa Hot Spring[黒川温泉（くろかわおんせん）] is popular as a rustic hot spring. 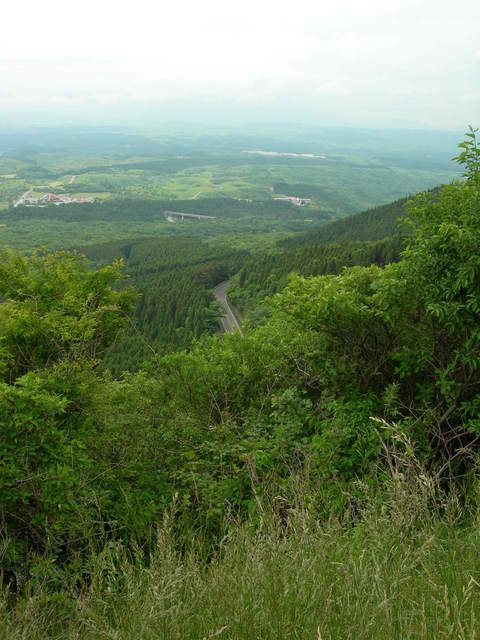 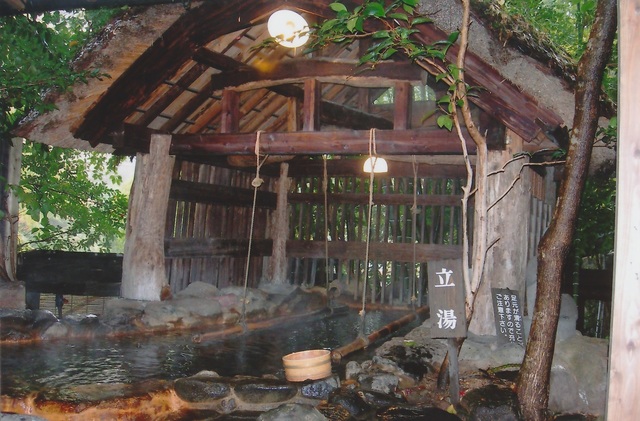 After entering Kumamoto Pref., the road goes through great plains, it is located on the somma of Mt. Aso[阿蘇山（あそさん）]. The land drops down sharply after passing through plains. You can see a panorama of Mt. Aso and rice fields on its caldera below your eyes at Shiroyama Observation Deck[城山展望所（しろやまてんぼうじょ）]. The caldera of Mt. Aso is very large, it stretches 25 km north to south and 18 km east to west. 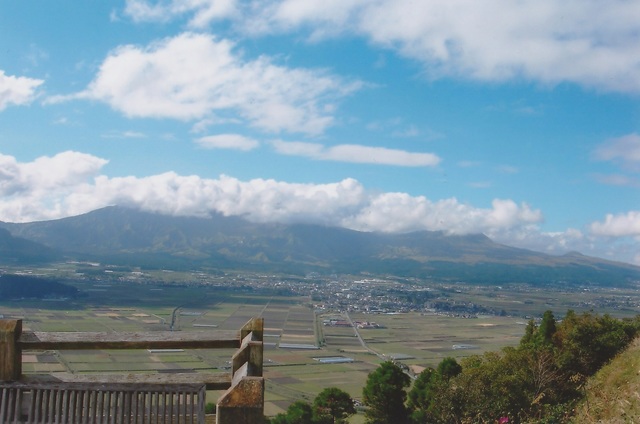 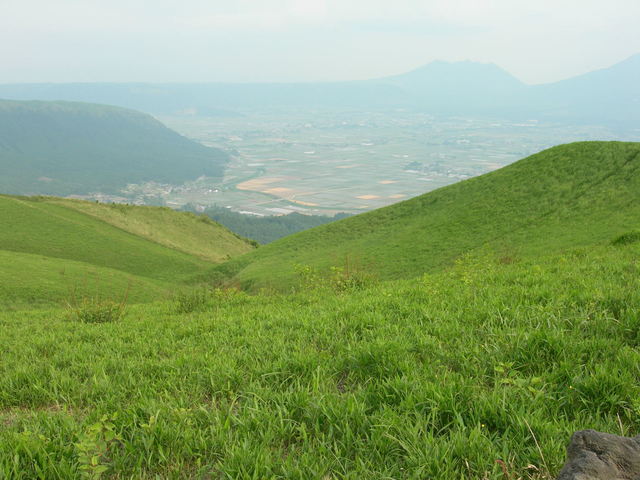 After going down the winding road, Yamanami Highway reaches its terminus, Aso City that is a town developed around Aso Shrine[阿蘇神社（あそじんじゃ）]. But the worship hall and gate collapsed in the Kumamoto Earthquakes in 2016.


And Kumamoto suffered heavy damage. I pray for the restoration of Kumamoto. Tourism in Kumamoto recovering little by little. How about visiting Kumamoto and other Kyūshū? 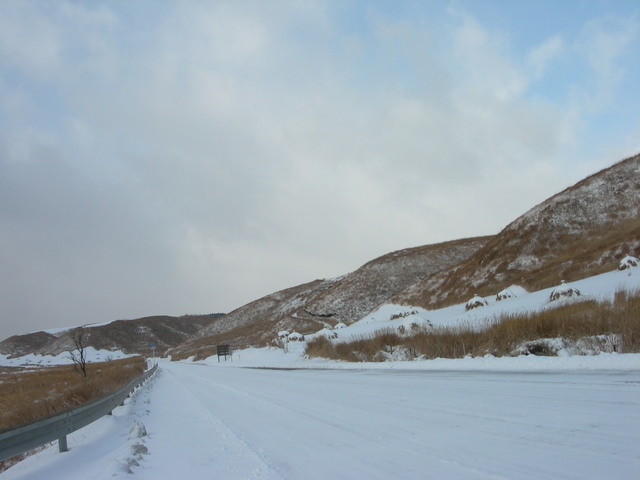