スマートフォン専用ページを表示
Yama-yuri[ヤマユリ](Golden rayed lily, the scientific name: Lilium auratum) is a perennial plant of the lily family and it is native to Japan. Its height becomes 100-150cm when it grows up. Yama-yuri has been designated as a flower of Kanagawa Pref. 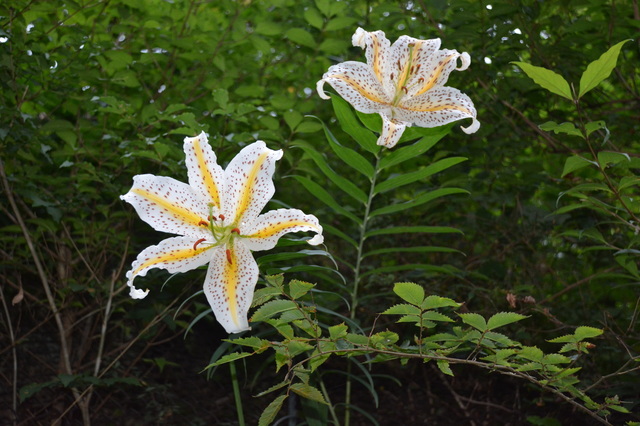 Yama-yuri lives in the mountain of Honshū west of Kinki region and Hokkaidō. It has trumpet-type flowers in the summer and it is about 20 cm in diameter. This is the largest in the lily family. The flower has a strong and sweet odor. The flower is white outside and there are yellow lines in the center and reddish brown points over it.

Yama-yuri called "King of Lily" or "Princess of Lily" because of its figure and odor. And it is called "Hakone-yuri[箱根百合（はこねユリ）]"(Hakone Town, Kanagawa Pref.), "Hōraiji-yuri[鳳来寺百合（ほうらいじユリ）]"(Shinshiro City, Aichi Pref.), "Kamakura-yuri[鎌倉百合（かまくらユリ）]"(Kamakura City, Kanagawa Pref.), "Eizan-yuri[叡山百合（えいざんユリ）]"(Mt. Hiei[比叡山（ひえいざん）], Kyoto & Shiga Pref.) by each habitat. 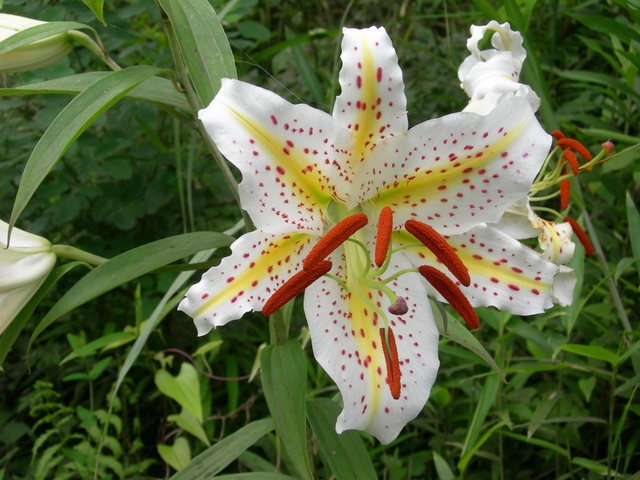 Yama-yuri was introduced in the Vienna Expo in 1873 and spread all over Europe. Many cultivated species of lily have been developed from Yama-yuri because of its beauty. 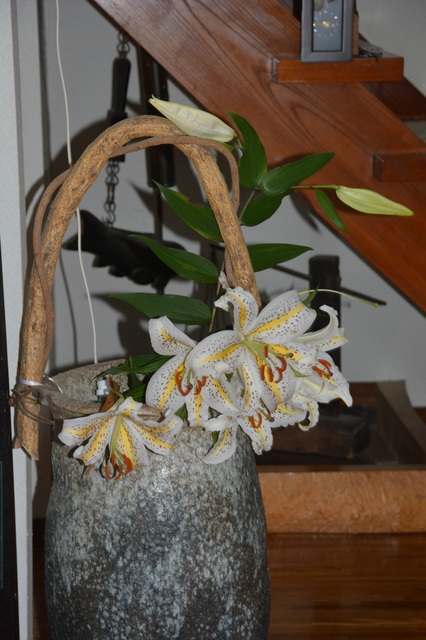