スマートフォン専用ページを表示
Waguri[和栗（わぐり）] or Nihon-guri[日本栗（にほんぐり）](Japanese chestnut) is a species of chestnuts. That is native to Japan and Korea and is a cross-bred species of Shiba-guri[芝栗（しばぐり）].

In the world, the following four Chestnuts(Kuri[栗（くり）] in Japanese) are mainly known; European chestnut, American chestnut, Chinese chestnut and Waguri.

Unlike other three species, Fruits of Waguri is yellow and bigger than others. Waguri features stickiness and slight sweetness and it is hard to peel its inner skin. But that has a good flavor.

There are many species of Waguri. Tanba-guri[丹波栗（たんばぐり）] is a representative Waguri and it is maybe the most famous. That is native to Tanba Region of Hyōgo & Kyoto Prefecture. Tanba-guri is very sweet and a high-class brand.

Rihei-guri[利平栗（りへいぐり）] is also famous. That is sweeter than usual Waguri and that is a hybrid of Waguri and Tianjin Chestnut(a kind of Chinese chestnut).

Ibaraki Prefecture is the largest production area of Kuri and accounts for quarter of total in Japan.


Japanese people enjoy the taste of Waguri in various ways as an autumn food. There are dishes of Kuri such as Kuri-gohan[栗ご飯（くりごはん）](cooked rice with Kuri) and Kuri-kinton[栗金団（くりきんとん）](a dish mixed Kuri fruits with sweetened and mashed Kuri or mashed Kuri and sweet potato). 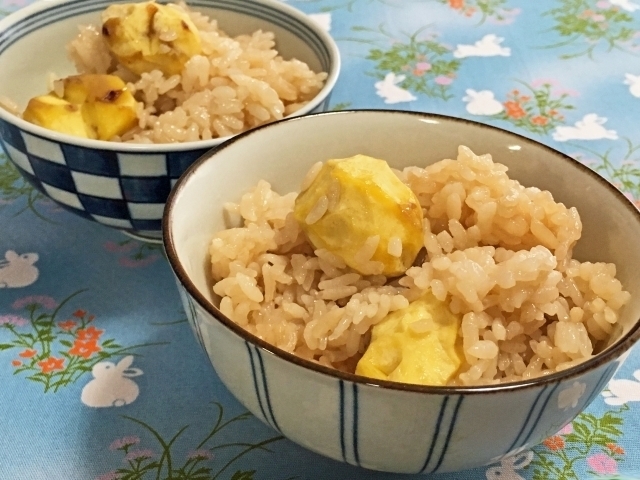 Kuri-kinton is called "Kuri-kanoko[栗鹿の子（くりかのこ）]" in Obuse[小布施（おぶせ）], Nagano Prefecture and that is a specialty of Obuse. Kuri-kinton is also a dish of Osechi[おせち](That is dishes eaten in the new year.). Kuri-kinton[栗きんとん] also refers to mashed chestnut, shaped by squeezing in a cloth. 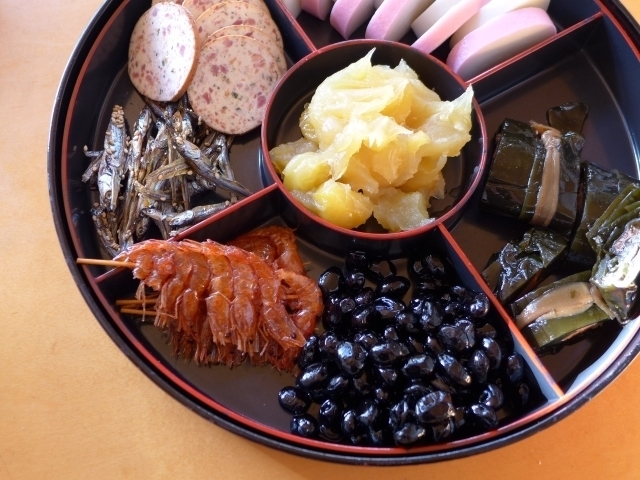 Osechi, Kuri-kinton[栗金団] is in the center of box 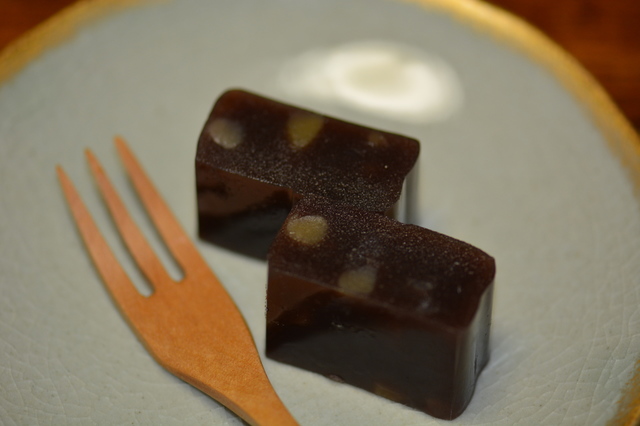 Kuri-yōkan[栗羊羹（くりようかん）]
(Yōkan is a sweet made of Azuki beans paste.)

Mont Blanc[モンブラン](a cake topped Kuri paste) is one of popular cakes in Japan. That was invented in Italy and that was named after a mountain "Mont Blanc(That is French name, "Monte Bianco" in Italian and both of them mean "White Mountain" in English.)" that is located on the border of Italy and France. Common Mont Blanc is brown because of using European chestnuts but there is also a yellow Mont Blanc made of Waguri in Japan. 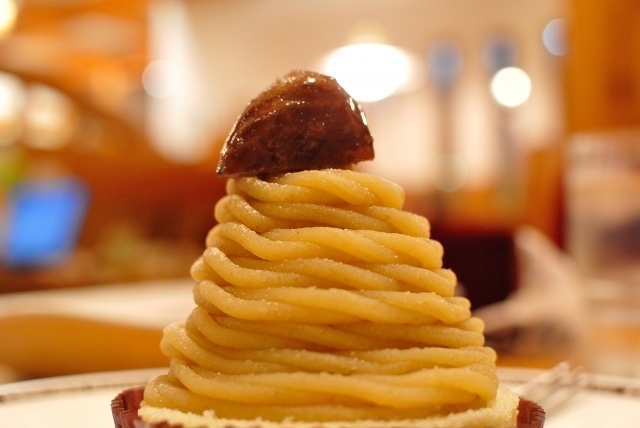