スマートフォン専用ページを表示
Uchiwa[団扇（うちわ）] is a kind of fan. This is similar to Sensu[扇子（せんす）] but Sensu is able to fold and has portability. It's more formal than Uchiwa. On the other hand, Uchiwa is superior to Sensu as the function for making winds. 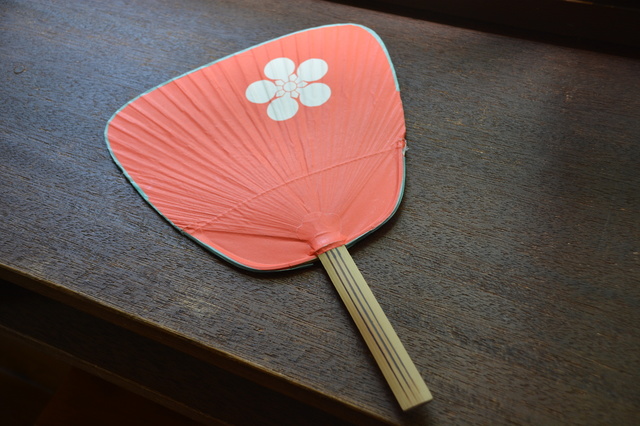 It is said that the origin of Uchiwa was Sashiba[翳（さしば）] in the 3rd century B.C. and it was introduced to Japan in the Kofun Period[古墳時代（こふんじだい）](3c-7c). It was made of wood and that shaft was longer than Uchiwa. It was used for hiding the face by nobles or for ceremony to expel evil at that time.

Uchiwa of the present form, that is made of bamboo & paper, was created in the Muromachi Period[室町時代（むろまちじだい）](1336-1573). Its body became light, flexible & practical. In the Edo Period[江戸時代（えどじだい）](1603-1868), it spread among the common people. And its use became diversified such as for cooling, driving away insects, making a fire. 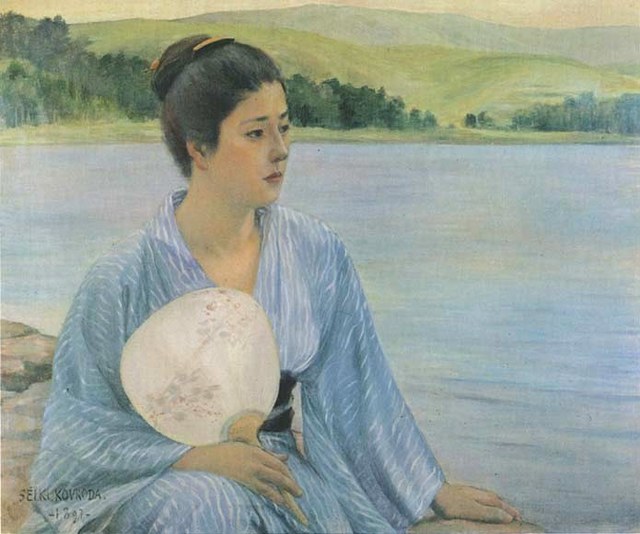 And, Uchiwa-e[団扇絵（うちわえ）], which was Ukiyo-e[浮世絵（うきよえ）] picture drawn for Uchiwa, appeared and it was drawn by many famous painter such as Hiroshige Utagawa[歌川広重（うたがわひろしげ）], Kuniyoshi Utagawa[歌川国芳（うたがわくによし）] & Hokusai Katsushika[葛飾北斎（かつしかほくさい）]. 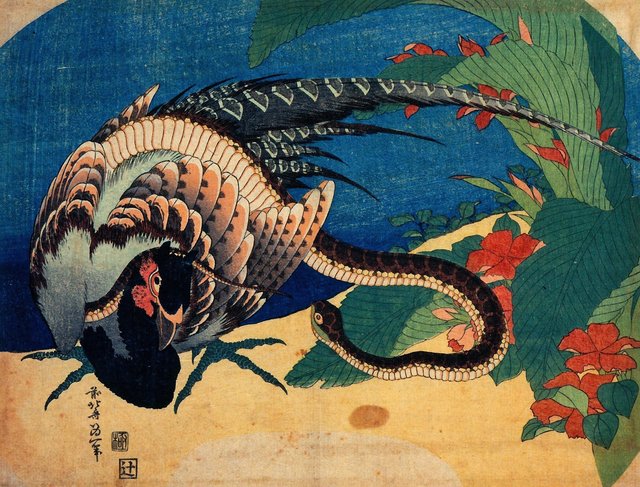 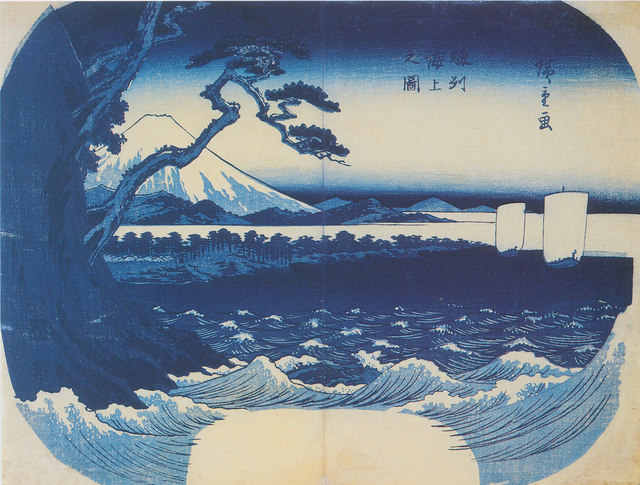 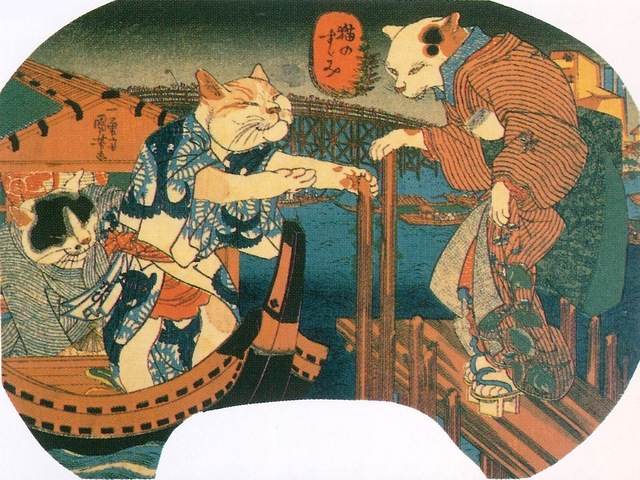 Neko no Suzumi[猫の涼み](Cats cooling down) by Kuniyoshi Utagawa

Uchiwa has not been used often by spread of the electric fan & air conditioner. But it is still used for a measure against heat when going out, making a fire for BBQ, fanning for making vinegared rice.


At present, Uchiwa is also used as a means of advertisement and is sometimes handed out for free. That one is made of paper on plastic frame or is round cardboard with a hole for handle. 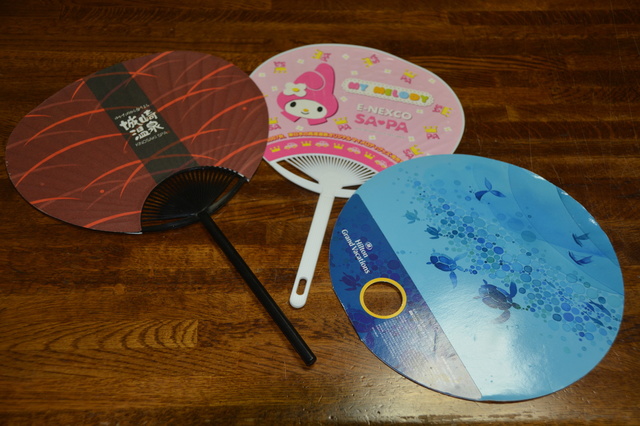 As local traditional crafts, there are Marugame Uchiwa[丸亀（まるがめ）うちわ] of Kagawa Pref., Bōshū Uchiwa[房州（ぼうしゅう）うちわ] of Chiba Pref. and so on. 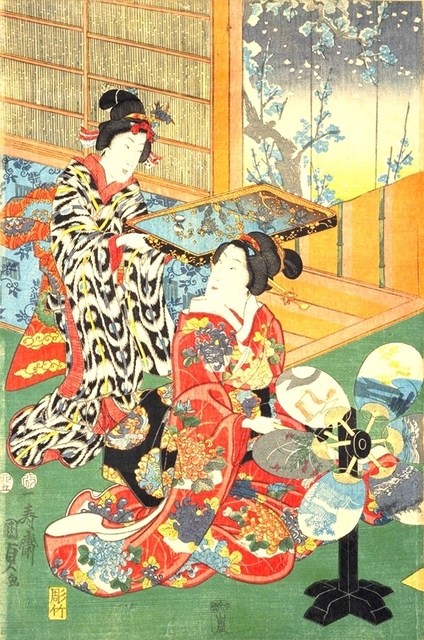