スマートフォン専用ページを表示
Tsubaki[椿（ツバキ）](Camellia) are some species of tree (and the cultivated varieties) belonging to the genus Camellia of the family Theaceae. But it especially refers to Yabu-tsubaki[ヤブツバキ]. 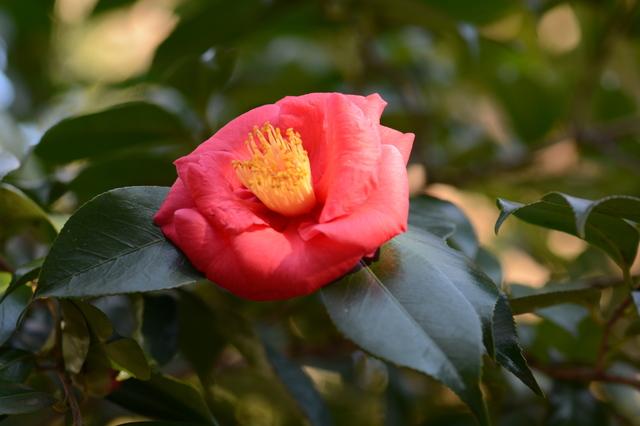 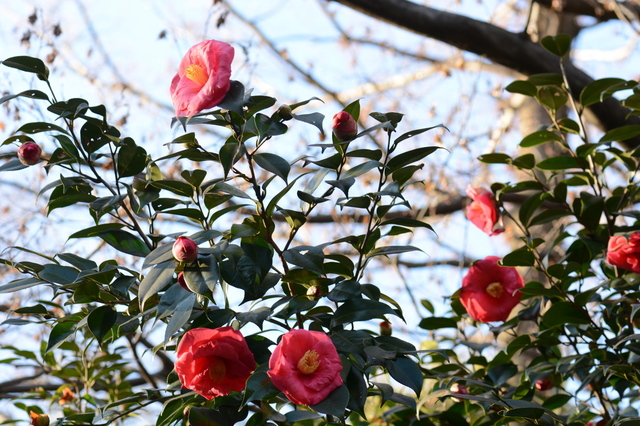 Yabu-tsubaki is native to Japan except Hokkaidō, south of Korean Peninsula and Taiwan. The scientific name is "Camellia japonica". This is popular as a garden tree and has red, pink or white blossoms from February to March. There are many varieties produced from Yabu-tsubaki and they have various colors and shapes. 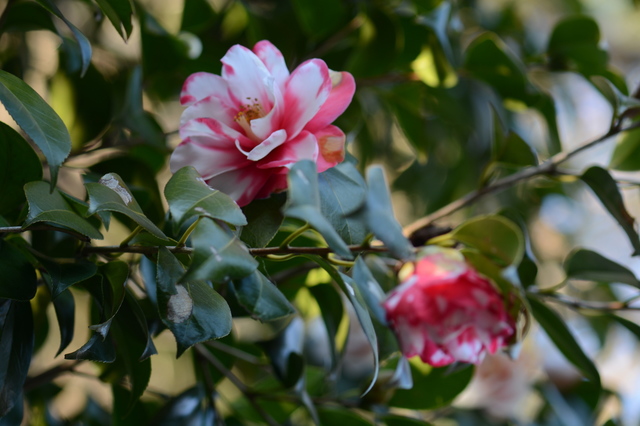 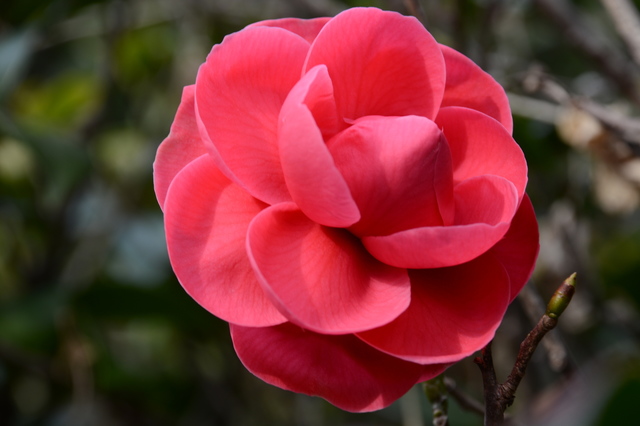 Yuki-tsubaki[ユキツバキ] is also a species of Tsubaki. That lives in the heavy snow areas along the Sea of Japan of north-east Honshū[本州（ほんしゅう）](main island of Japan) and that has red blossoms from April to June. 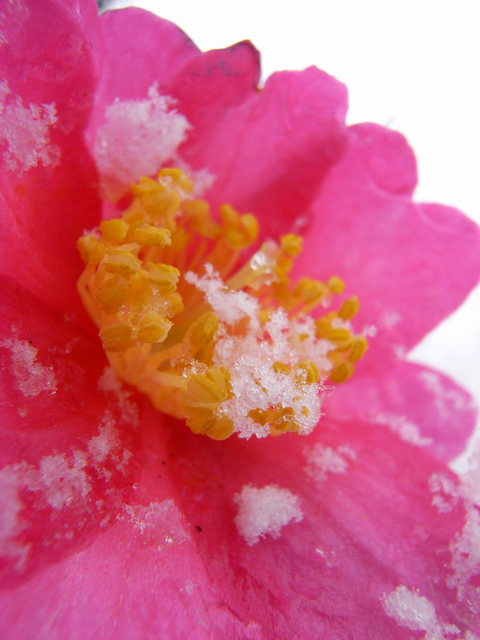 Tsubaki is favored as a flower to decorate the tea room in Sadō[茶道（さどう）](tea ceremony) because that is one of the few flowers which bloom in winter. 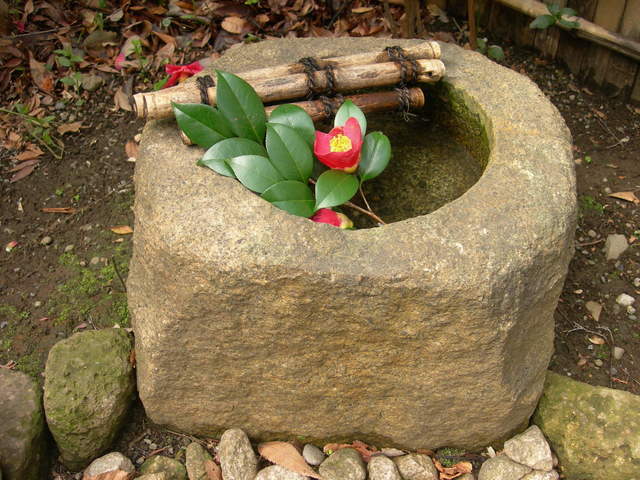 Especially, a species called "Wabisuke[侘助（わびすけ）]" is often used. It is said that Wabisuke is a hybrid of Yabu-tsubaki and other Tsubaki. That blossom is smaller than Yabu-tsubaki and that is a single blossom unlike Yabu-tsubaki. Wabisuke is not luxurious, therefore that does not break the atmosphere and harmonizes in the tea room.

By the way, tea tree is also a species belonging to the genus Camellia. 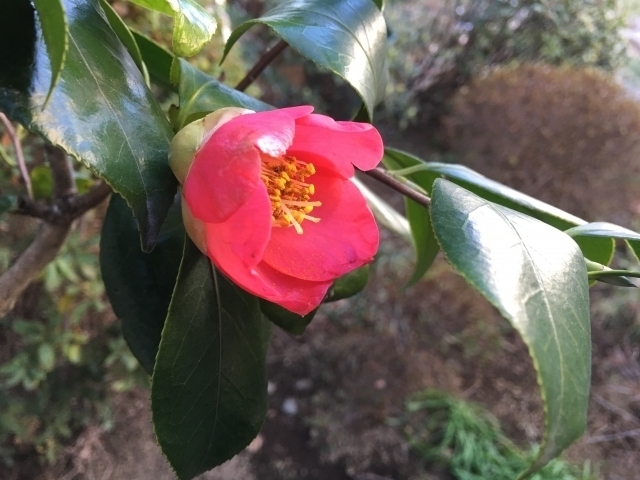 Sazanka[山茶花（サザンカ）](Camellia sasanqua) is a species belonging to the genus Camellia of the family Theaceae but that is not commonly called "Tsubaki" and these are distinguished. 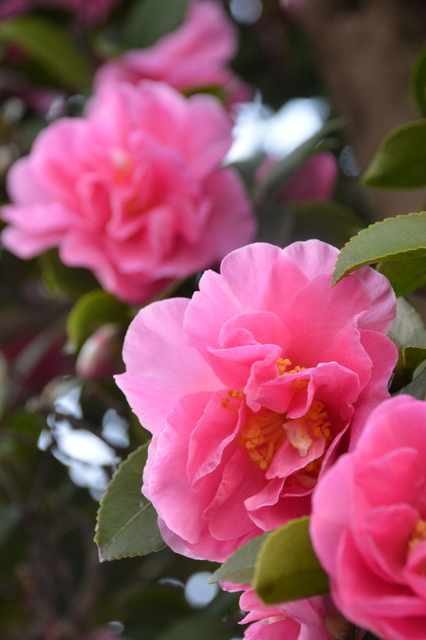 Izu-ōshima Island[伊豆大島（いずおおしま）] is a famous spot for Tsubaki. And the oil extracted from the seeds is the specialty of Izu-ōshima. The oil is used for cooking and hairdressing. 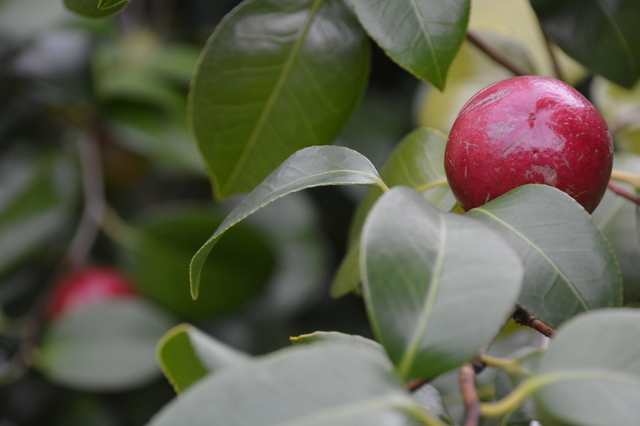 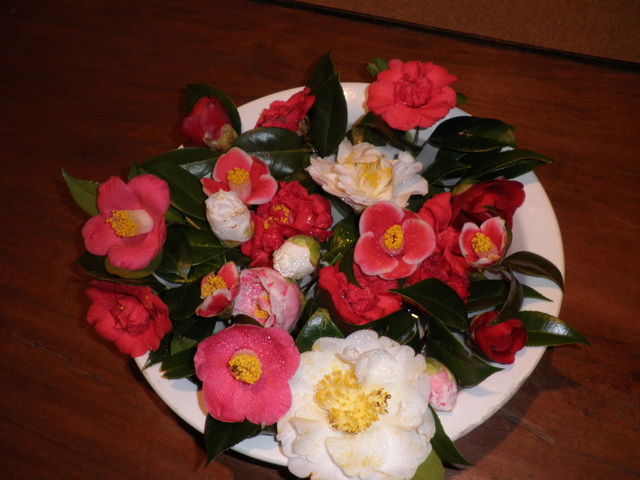