スマートフォン専用ページを表示
Tokyo Tower[東京（とうきょう）タワー] is a broadcasting tower in Shiba Park[芝公園（しばこうえん）], Minato City, Tokyo. "Tokyo Tower" is the nickname and its official name is "Nippon Denpatō[日本電波塔（にっぽんでんぱとう）]". Tokyo Tower is one of the most famous symbols in Tokyo. 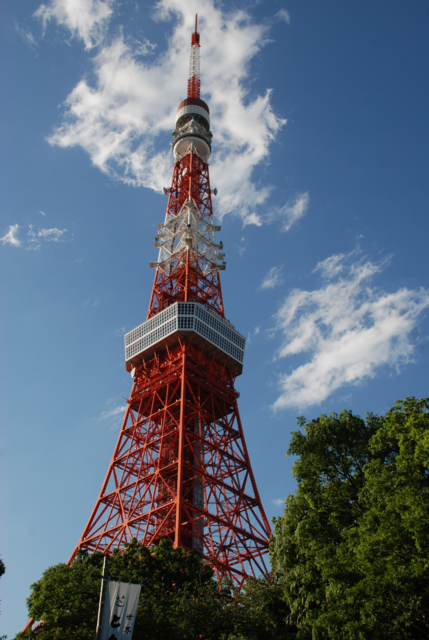 Tokyo Tower was constructed for resolving the problem of aviation safety and landscape due to the scattering of broadcasting towers. That was designed by Tanaka Naitō[内藤多仲（ないとうたなか）] and was completed on December 23, 1958. 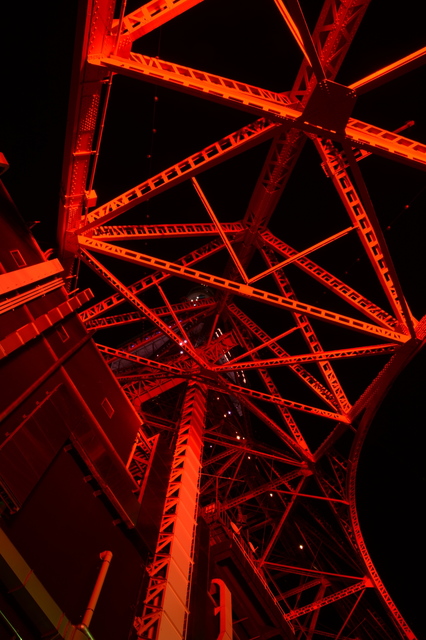 Its height is 333 meters and the height is necessary to send radio waves throughout the Kantō Region and there was also an intention to break the record for the highest self-standing tower of the time that Effel Tower had had. Tokyo tower is colored with white and international orange due to aviation safety regulations. 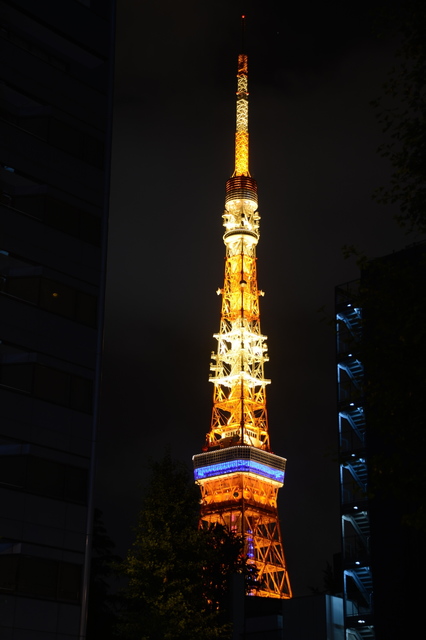 Tokyo Tower at night from Kamiyachō

In 2013, main broadcasting from Tokyo Tower was finished with the transition to Tokyo Skytree and Tokyo Tower became a secondary tower for emergency. 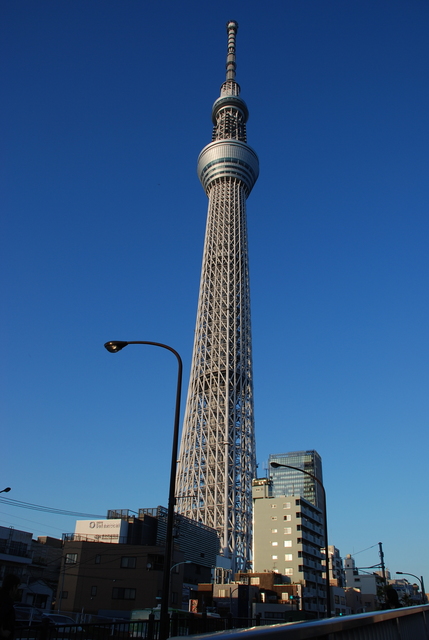 Tokyo Tower is also a popular sightseeing spot in Tokyo. That has two observation deck; The main observatory is at 150 meters and the special observatory is at 249.6 meters. From these observatories, you can overlook Tokyo and also can see Mt. Fuji if the weather permits. 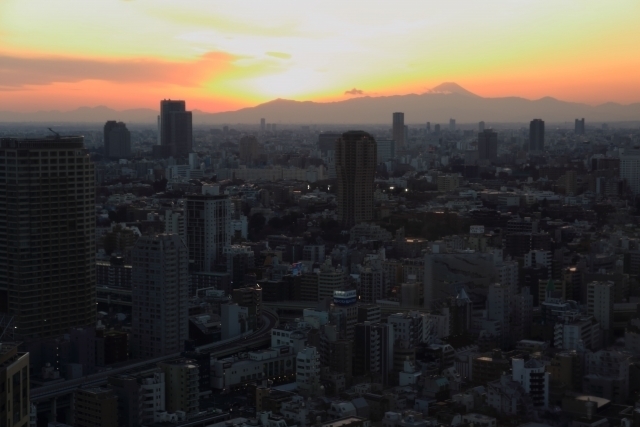 Tokyo and Mt Fuji from Tokyo Tower at dusk 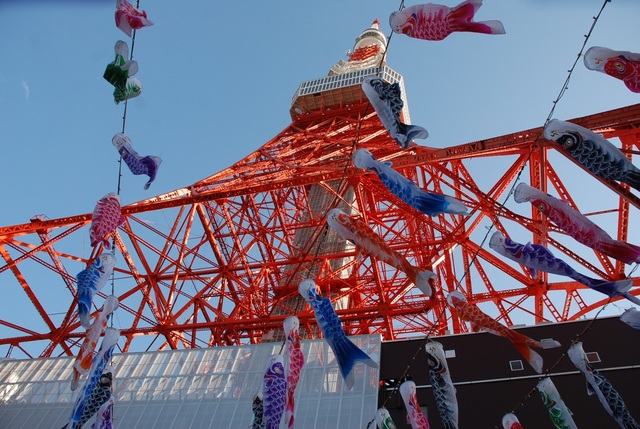 Under the tower, there is a facility called "FootTown". FootTown has Tokyo Tower Aquarium, shops and restaurants. 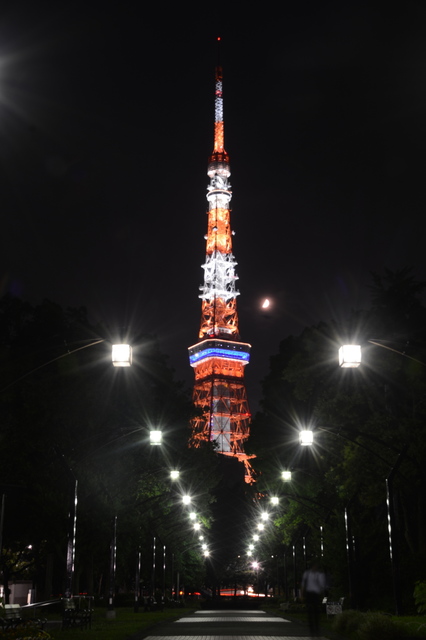 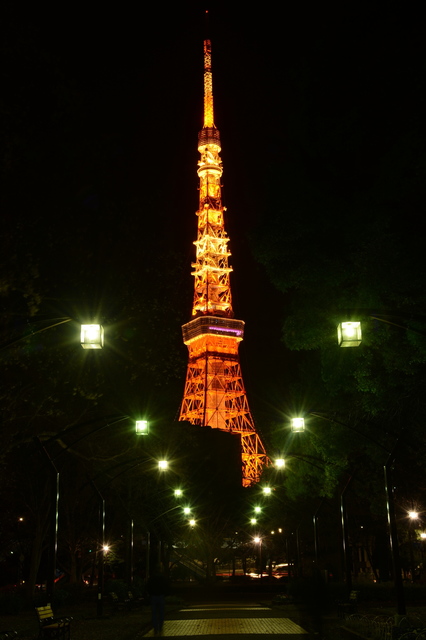 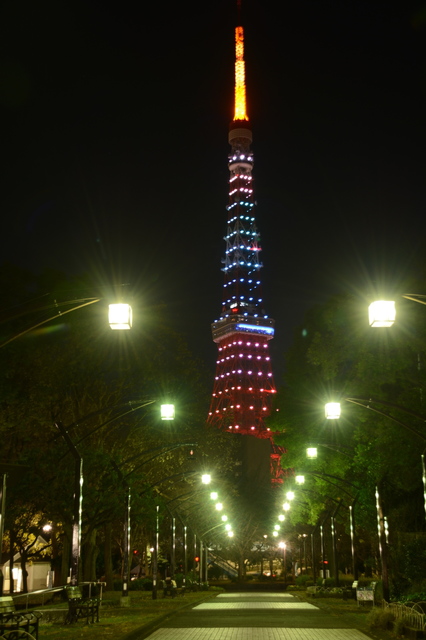 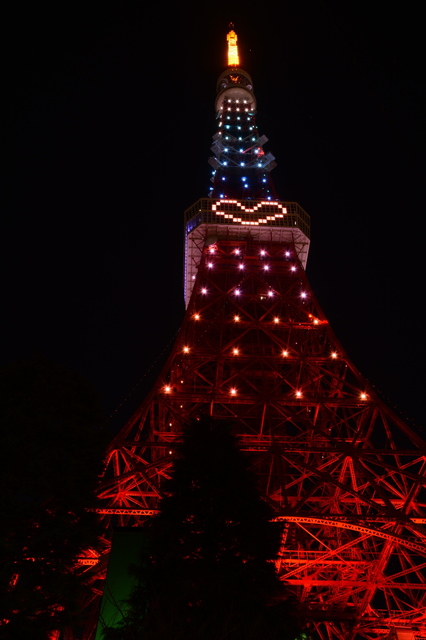 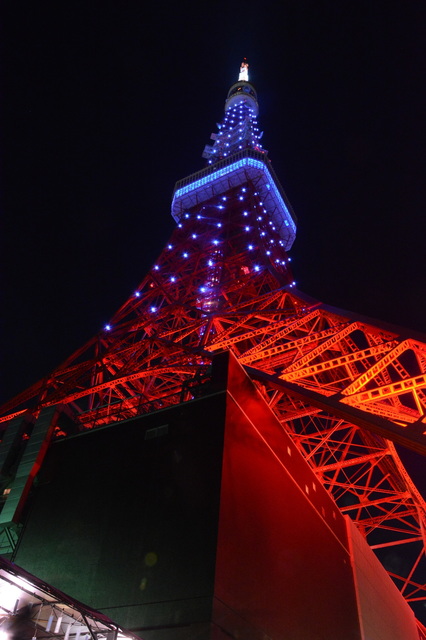 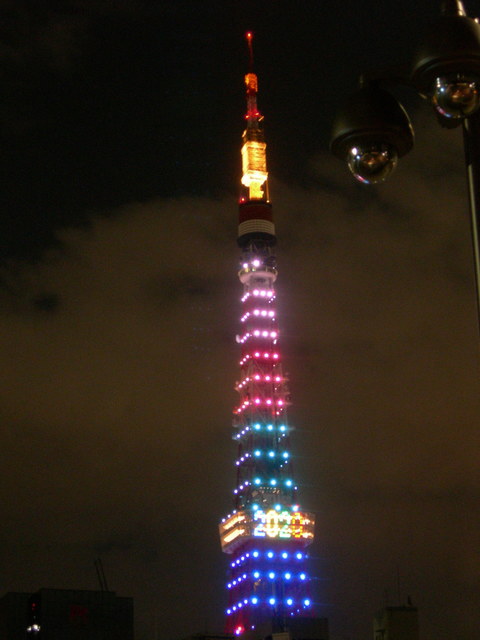 There are mascots of Tokyo Tower called "Noppon[ノッポン]" They are Tokyo Tower-shaped twins.


In 2013, Tokyo Tower was designated as a National Tangible Cultural Property. 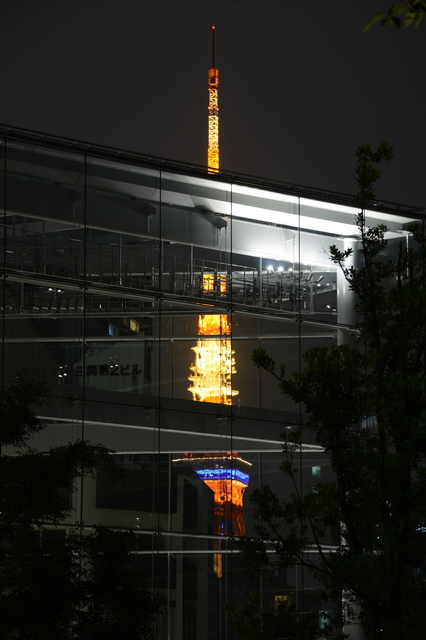 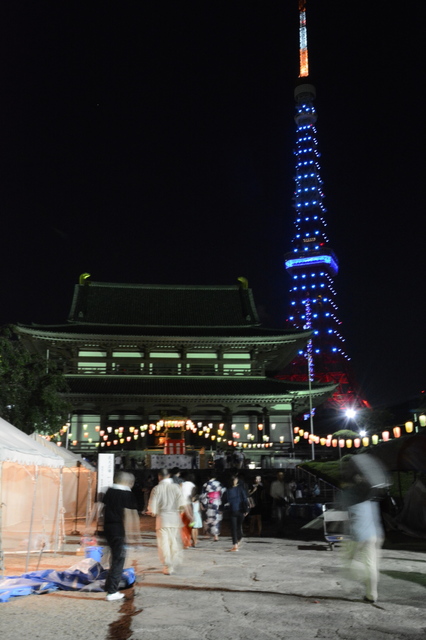 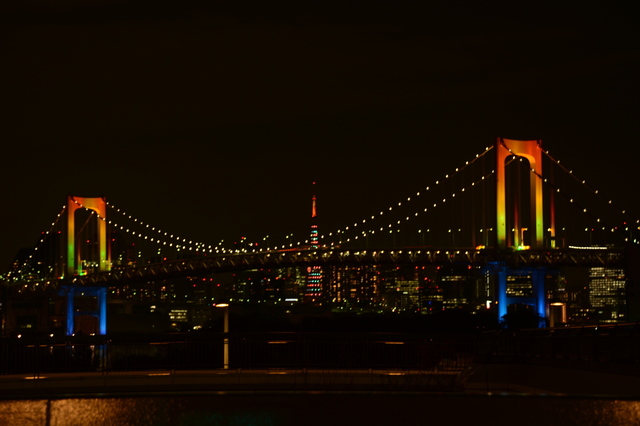 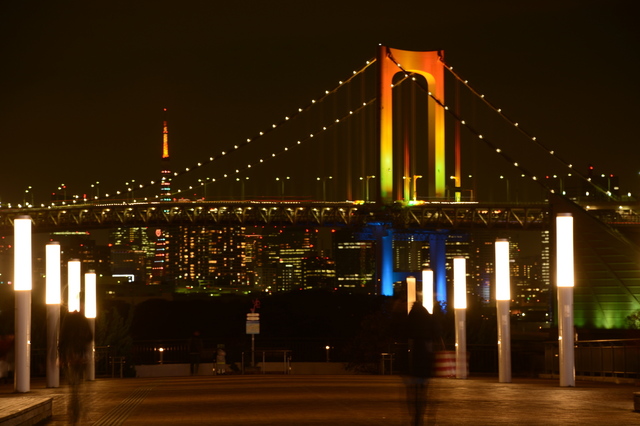 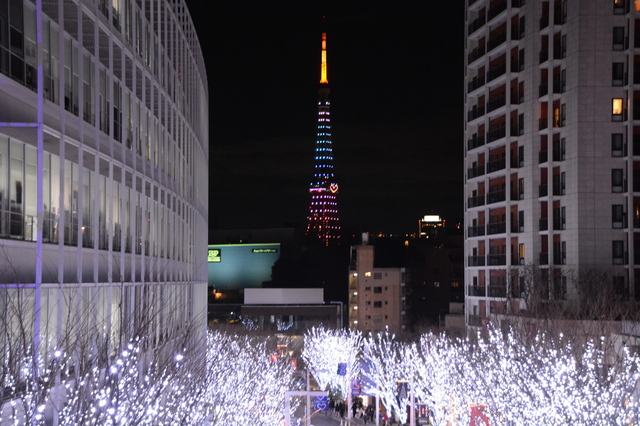