スマートフォン専用ページを表示
Suikinkutsu[水琴窟（すいきんくつ）] is a device for enjoying falling water sounds in Japanese garden.

It is generally made below a stone water bowl called "Chōzu-bachi[手水鉢（ちょうずばち）]" or "Tsukubai[蹲（つくばい）]". Suikinkutsu is made by burying jar, which bottom has a hole, in the ground and covering with gravel around the jar. Gravel or tile are spread under and on the jar. 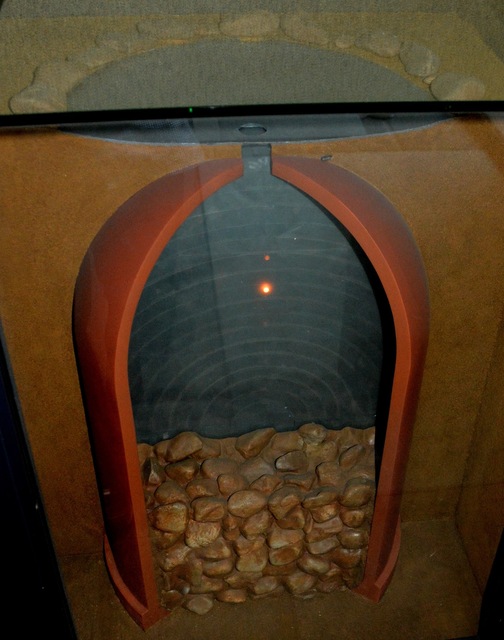 When water spilled from the water bowl falls into Suikinkutsu, its drops generates water sounds with resonating in the jar. The sound depends on each one but its sound is usually clear like Koto[琴（こと）](Japanese harp). 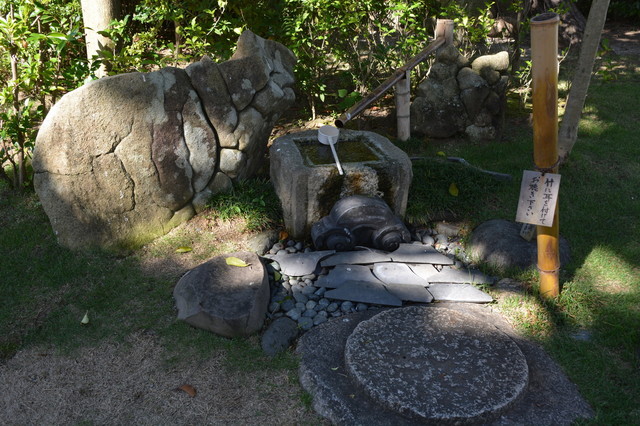 It is said that the origin of Suikinkutsu was Dōsuimon[洞水門（どうすいもん）] that was invented by Enshū Kobori[小堀遠州（こぼりえんしゅう）](1579-1647) who was a feudal lord, master of tea ceremony and gardener of the Edo Period. Dōsuimon was made for the purpose of drain.

Suikinkutsu were popularly made in the Edo Period but that was forgotten and was nearly extinct after WWII. But in recent years, that has attracted attention again. 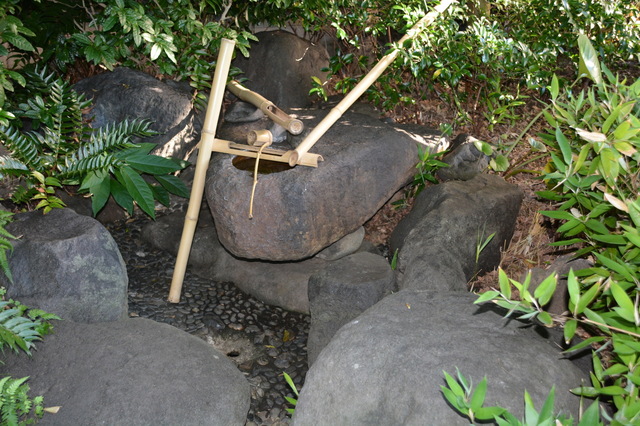 Suikinkutsu at Shinagawa Historical Museum:
That was excavated during the construction of the museum.