スマートフォン専用ページを表示
Sōseki Natsume[夏目漱石（なつめそうせき）](1867-1916) was one of the greatest Japanese novelist. His works feature delicate and beautiful descriptions and deep psychological insights.

'Sōseki' was his pen name which was named after a phrase from Chinese historical fable, 'Sōseki Chinryū[漱石枕流（そうせきちんりゅう）](In Japanese, Ishi ni Kuchi sosogi Nagare ni Makura su[石に漱ぎ流れに枕す])' which means 'stubborn person' and 'eccentric person' and he named himself that from his personality. His real name was 'Kinnosuke[金之助（きんのすけ）]'.

Japanese famous novelist, Ryūnosuke Akutagawa[芥川龍之介（あくたがわりゅうのすけ）] was one of his disciple. 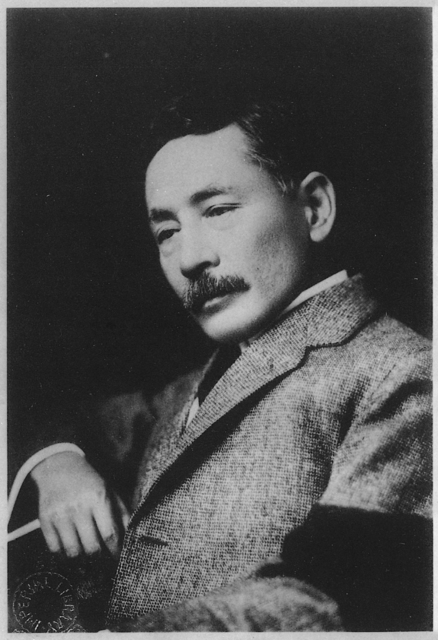 Sōseki Natsume (In 1912, He wears a mourning band
because Emperor Meiji passed away.)

On February 9, 1867, he was born in Ushigome,Edo(present Shinjyuku City, Tokyo) as the fifth child of Naokatsu Natsume[夏目直克（なつめなおかつ）] who was a mayor of Ushigome district. His parents were old, Naokatsu was 50 and his mother, Chie[千枝（ちゑ）] was 41 years old when he was born. And his parents had many children. Therefore, he was adopted to Masanosuke Shiobara[塩原昌之助（しおばらまさのすけ）] because of their financial, health and social reasons.

But when he was 7 years old, Masanosuke and his wife were on bad terms due to Masanosuke's affair and he returned to his family. This complex circumstances were written in his autobiographical novel, Michikusa[道草](Grass on the Wayside). 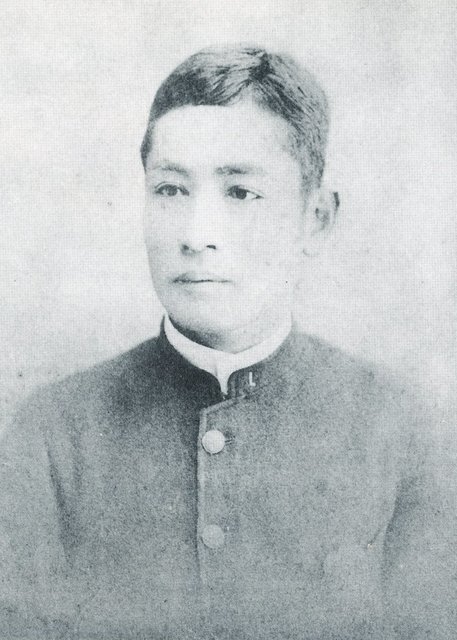 In 1893, he graduated from English Literature Department of Tokyo Imperial University(now University of Tokyo) and enrolled the graduate school and at the same time, he became a teacher of the Higher Normal School. But he was annoying his study and suffered a nervous breakdown.

After that, he taught English at Matsuyama and Kumamoto. Matsuyama is the setting of a his novel, "Botchan[坊ちゃん](A Boy)". And he married Kyōko Nakane[中根鏡子（なかねきょうこ）], whose father was a bureaucrat, at Kumamoto in 1896. 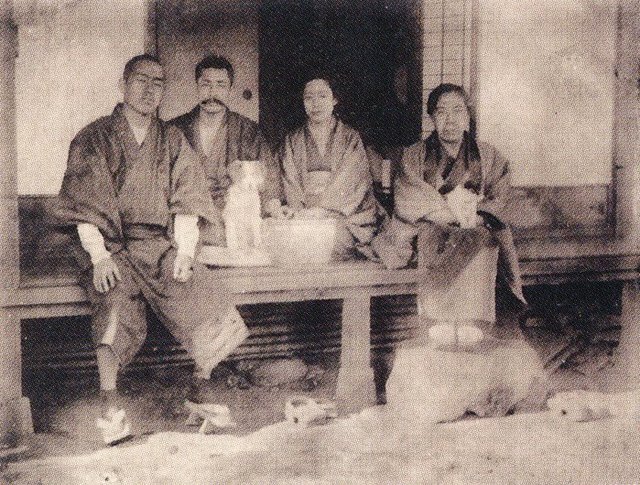 In 1900, the Japanese government ordered Sōseki to study English education in UK. But he had a recurrence of nervous breakdown because his study didn't go well and he got homesick. In 1902, the rumor reached to Japan and he was ordered to go back to Japan.

After his return, in 1903, he became a teacher of English literature at the Tokyo Imperial University but his lecture was unpopular with his students. And that aggravated his nervous breakdown.

In 1904, under such a situation, on the advice of Kyoshi Takahama[高浜虚子（たかはまきょし）], who was a Haiku[俳句（はいく）] poet and editor of a Haiku magazine "Hototogisu[ホトトギス]", he wrote his first novel "Wagahai wa Neko de aru[吾輩は猫である](I Am a Cat)" for Hototogisu as an alleviation of his nervous breakdown and relaxation. And he started as a novelist. 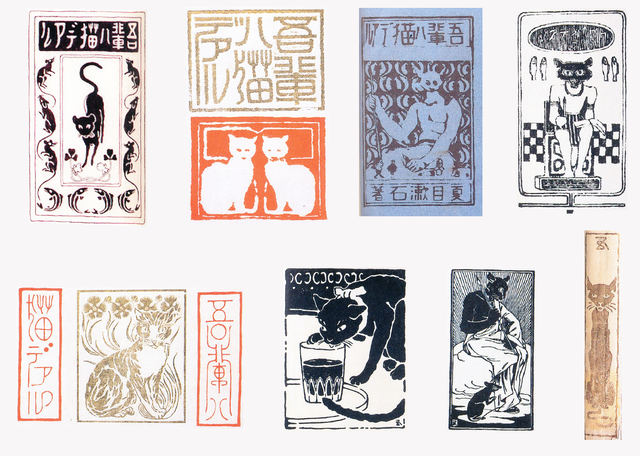 In 1906, he wrote "Botchan" and "Kusamakura[草枕](Grass Pillow)". In 1907, Sōseki quit being a teacher and he entered a newspaper company "Asahi Shimbun[朝日新聞（あさひしんぶん）]" as a professional novelist. Since that, he published novels in Asahi Shimbun and its first novel was "Gubijinsō[虞美人草](Poppy)".

After that, he wrote novels vigorously "Sanshirō[三四郎]"(1908), "Sorekara[それから](And Then)"(1909) and "Mon[門](The Gate)"(1910) and these works are called trilogy in his early period and they have common theme, love and conflict. 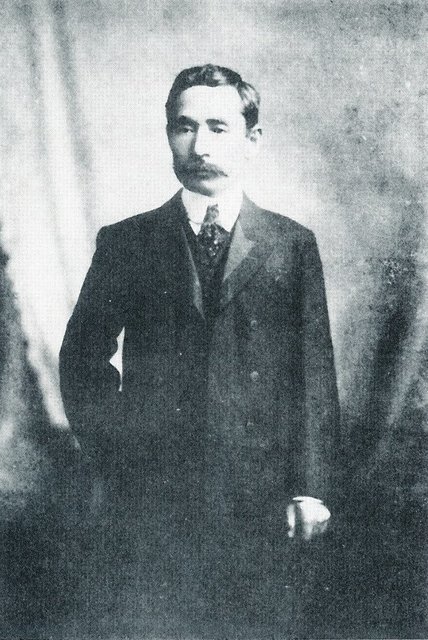 Sōseki (This photo was taken when he entered Asahi Shimbun in 1907,
He was 40 years old.) 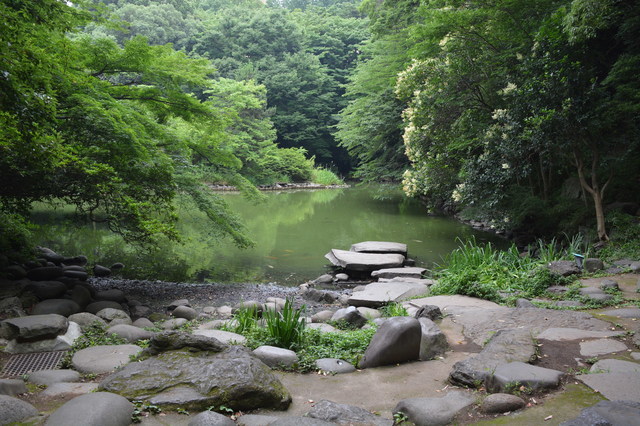 Sanshirō Pond at University of Tokyo: This is a set of "Sanshirō". That was originally a pond of feudal lord's house and Sanshirō meets a woman by the pond.

In 1910, he was hospitalized with gastric ulcer which had been his chronic disease and continued to be annoyed with that. After that, he went to Shuzenji[修善寺（しゅぜんじ）] Hot Spring for a cure but he vomited blood and temporarily fell into critical condition there. He wrote this experience in his essay "Omoidasu Koto nado[思い出す事など](Recollections)".

Sōseki's main works are as follows;