スマートフォン専用ページを表示
Soba[蕎麦（そば）](buckwheat) is a plant of the family Polygonaceae and it also refers to a noodle made of flour, ground buckwheat seeds. This article describes the noodle. 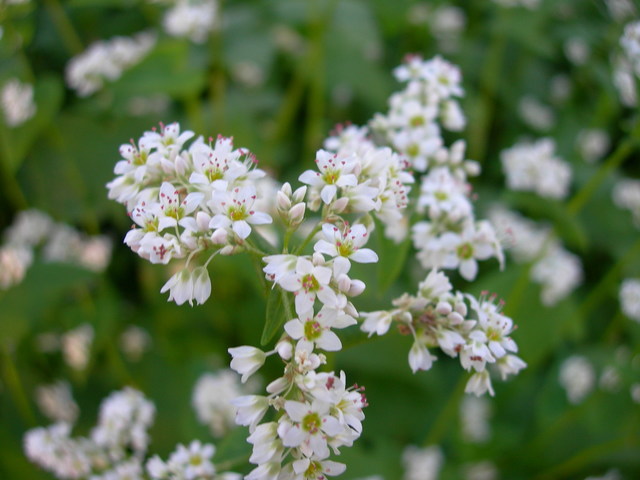 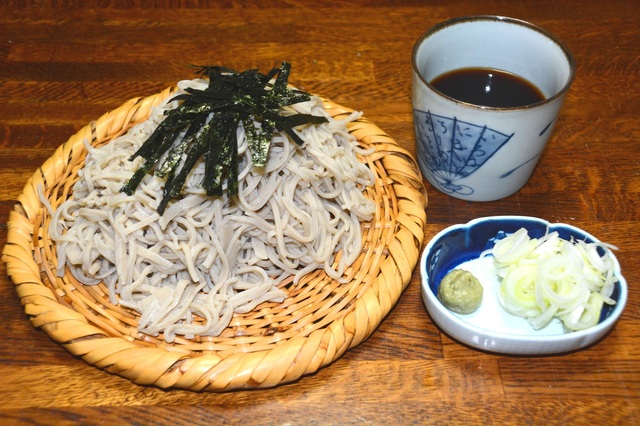 Generally, Soba is made of buckwheat flour and wheat flour in 80:20 ratio. It is called "Nihachi-soba[二八蕎麦（にはちそば）]" Ni[二（に）] is 2 and Haci[八（はち）] is 8). On the other hand, Soba made of only buckwheat flour is called "Jyūwari-soba[十割蕎麦(じゅうわりそば)]( Jyūwari means 100%.) or "Kikouchi[生粉打ち（きこうち）]". Jyūwari-soba is more difficult to make and treat than Nihachi-soba because it is easy to crumble. But that has a strong Soba smell and good taste.

The most common way to eat Soba is Mori-soba[もりそば] or Zaru-soba[ざるそば]. Soba is a food for its scent and they are the best way to enjoy it. Mori-soba and Zaru-soba are cold Soba that are eaten by dipping them into Soba-tsuyu[そばつゆ](soup made of soy sauce, sugar, dried bonito, etc). They are served with ingredients(For example, sliced leeks and Wasabi) called Yakumi[薬味（やくみ）] and they are eaten with puting them into Soba-tsuyu.

Mori-soba was created in the Edo Period(1603-1868) and that was originally served on a Soba-seiro[そばせいろ](Seiro is a steamer made of bamboo or wood. Soba-seiro is a box shaped like Seiro.) or dish. After that, Zaru-soba was created. That was originally served on a Zaru[ざる] that is a dish made of woven bamboo and Mirin[味醂（みりん）](sweet rice wine) was used for Soba-tsuyu.

But now, Zaru-soba and Mori-soba is served on various ware and Mirin are mostly used for Soba-tsuyu. The only difference between them, sliced Nori[海苔（のり）](sea weed) are topped on Zaru-soba. 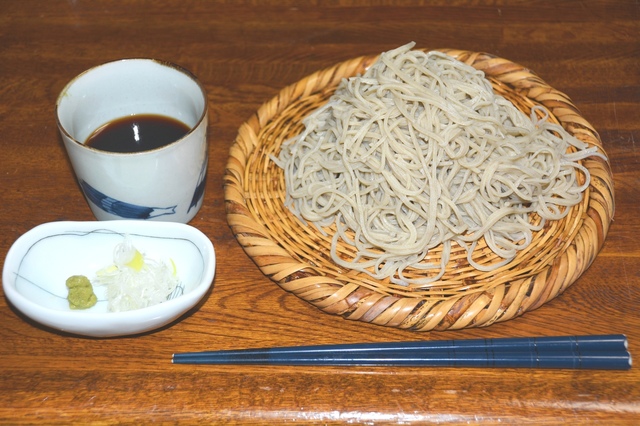 After eating Zaru-soba and Mori-soba, Soba boiled water called "Soba-yu[蕎麦湯（そばゆ）]" is served. Soba-yu is mixed with Soba-tsuyu and is drunk. 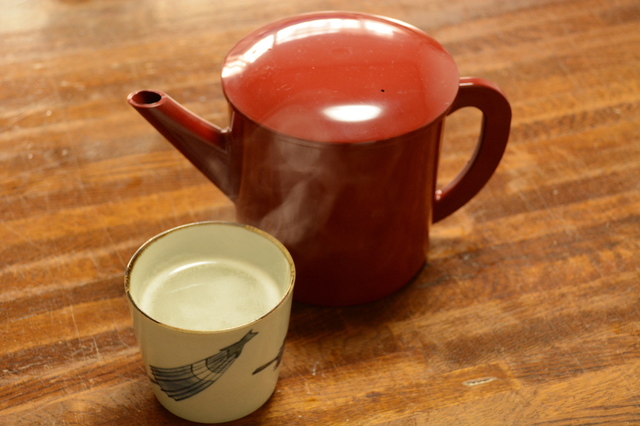 There are many Soba dishes other than them. Mori-soba or Zaru-soba with Tempura is called "Ten-seiro[天（てん）せいろ]". Simple Soba in hot soup is called "Kake-soba[かけそば]". Kake-soba with seasoned Abura-age[油揚げ（あぶらあげ）](fried soy bean paste) is called "Kitsune-soba[きつねそば]". Hot soba with duck meat and leeks are called "Kamo-nanban[鴨南蛮（かもなんばん）]". 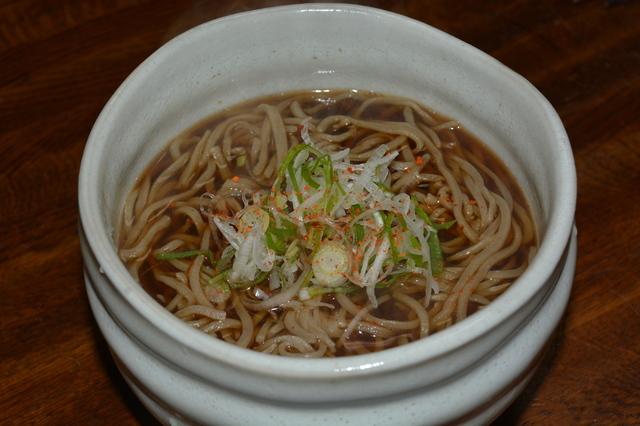 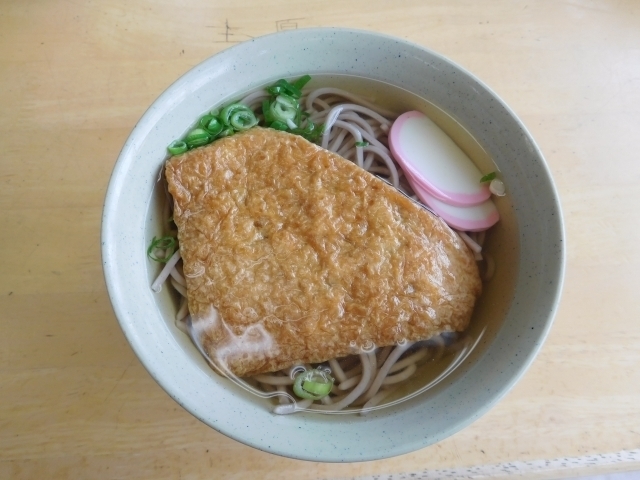 Soba noodle itself kneaded with ingredient is called "Kawari-soba[変わり蕎麦（かわりそば）]". Cha-soba[茶蕎麦（ちゃそば）] is a representative Kawari-soba and that is a Sobe kneaded green tea powder. 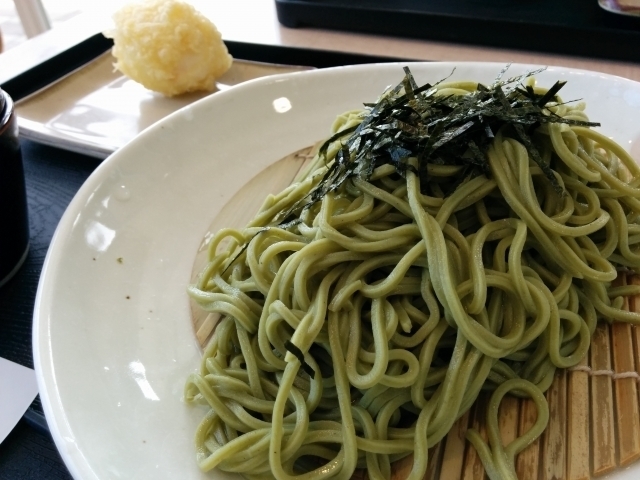 Soba-gaki[そばがき] is a dumpling of Soba and that is popular as a side-dish of Soba restaurant. That has a sticky texture and goes well with alcohol. 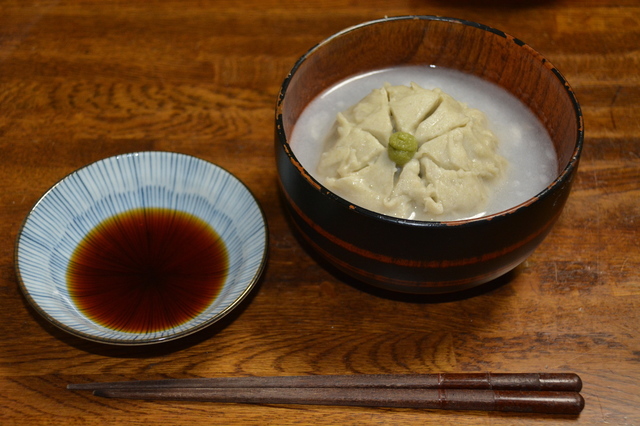 Soba is often eaten in eastern Japan. In western Japan, Udon[うどん](wheat noodle) is preferable to Soba. But there are local Soba dish over Japan. Nagano Prefecture is the major Soba production area and especially, Soba of Togakushi[戸隠（とがくし）] district is famous and there are many Soba restaurants. 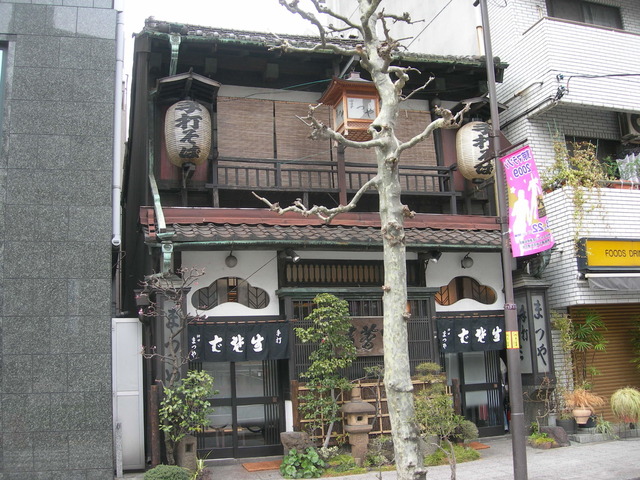 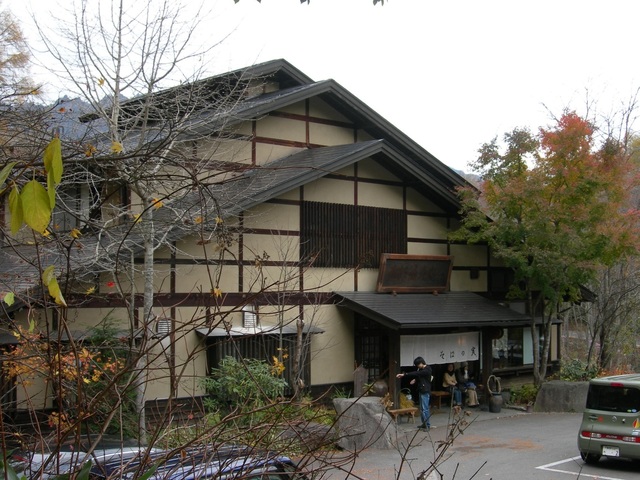 Izumo-soba[出雲（いずも）そば] from Shimane Prefecture, is a Inaka-soba and is mainly served in some small bowls. 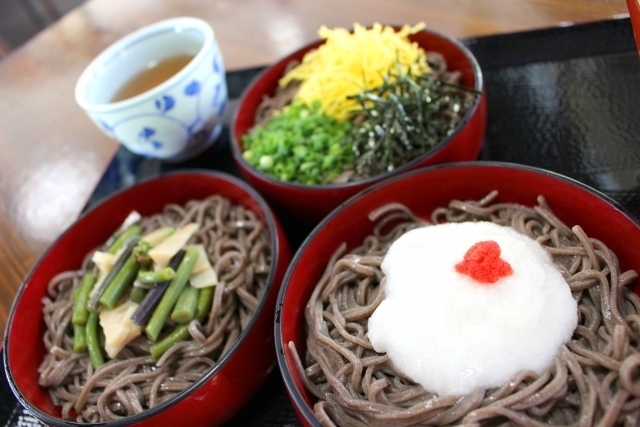 Wanko-soba[わんこそば] from Iwate Prefecture is served with unique style. As the way to eat Wanko-soba, one-bite Soba is served in a bowl by service person and when you eat it, service person puts another Soba in your bowl from small bowl. Small bowls are stacked and the number of bowls are the quantity you ate. And if you don't put the lid on your bowl, you can't finish it.