スマートフォン専用ページを表示
Shōgi[将棋（しょうぎ）](Japanese chess) is a Japanese board game for two players. Players play the game by moving pentagonal wooden pieces called "Koma[駒（こま）]" on a wooden board called "Shōgi-ban[将棋盤（しょうぎばん）]" on which 9×9 grids are drawn. 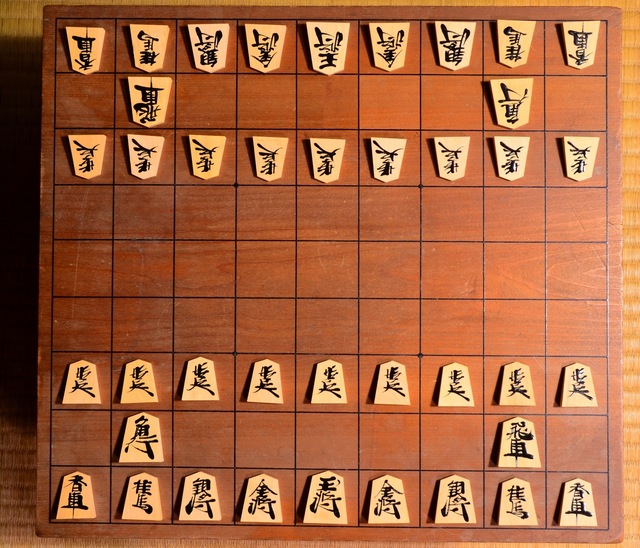 Each Koma has different movement and when a player moves Koma to a grid where the opponent's Koma is put, the player can take it.

Generally, higher-ranked or superior person uses Ōshō and the other uses Gyokushō. A player who deprives Gyokushō(Ōshō) is the winner.

When a Koma intrudes into the opponent's territory(3 columns from opponent's side), the player can choose to turn Koma(except Gyokushō and Kinshō) upside down or not.

A player can use Koma which the player deprived of the opponent and put it on a empty grid according to the rule.


It is said that Shōgi originates from chaturanga in ancient India. Chaturanga is also the origin of chess and xiangqi[象棋] in China. It is thought that it was introduced into Japan by the Heian Period(794-1185).

The above game is the most general way to play Shōgi and is also called Hon-shōgi[本将棋（ほんしょうぎ）]. But in Shōgi, there are various ways to play.

Hasami-shōgi[はさみ将棋] is a game only using Fuhyōs Each player deprives opponent's Koma by putting it between Komas. Shōgi-kuzushi[将棋崩し（しょうぎくずし）] is a game of taking away Komas without making sound from a pile of Komas. 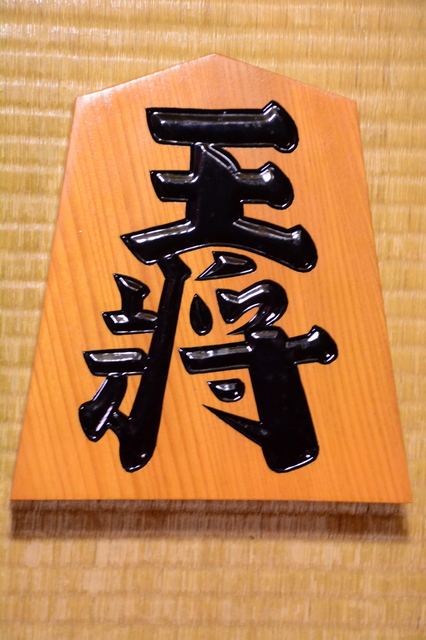 Ornamental Koma made in Tendō 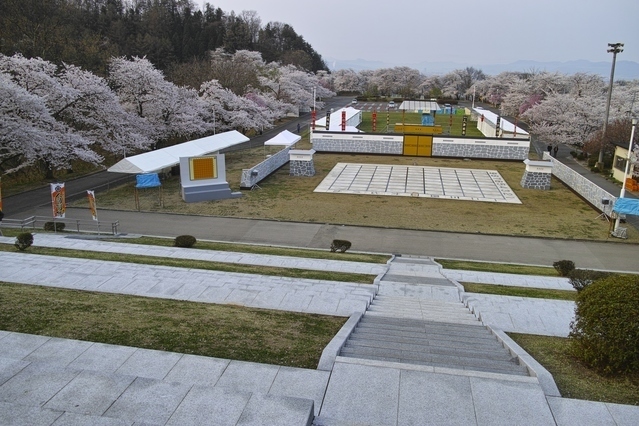 Tendō Park: This is the venue of Ningen-shōgi.
photo by photolibrary