スマートフォン専用ページを表示
Happy New Year, everyone!! This time, I will introduce the Japanese New Year, Shōgatsu[正月（しょうがつ）]. 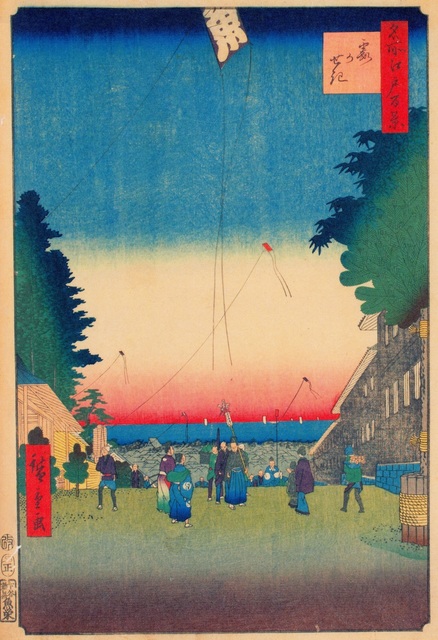 "Kasumigaseki from 100 Famous Views in Edo[江戸名所百景 - 霞かせき]" by Hiroshige Utagawa:
The scene of Shōgatsu(Kadomatsu, kiting) are drawn.

Shōgatsu is the biggest annual event in Japan. Shōgatsu was originally thought to the ceremony of welcoming Toshigami[年神 / 歳神（としがみ）]. Toshigami is a deity of Shinto who comes to each house on Shōgatsu and brings good luck and fertility of the year. Toshigami was important for Japanese people because Japan was an agricultural country.

And a system of adding one to each one's age at the same time when the year changed was adopted in the ancient Japan. Therefore, all Japanese turned a year older at Shōgatsu and it was thought that the age was given by Toshigami. And ceremonies for celebrating Shōgatsu have held. For these reason, Shōgatsu is the most important event for Japanese people.

Japanese people stayed up on Ōmisoka[大晦日（おおみそか）](New Year's Eve) and prepared to welcome Toshigami. Even now, many Japanese clean the whole house by Ōmisoka for welcoming Toshigami to their house. The companies generally set the holidays from December 29th to January 3rd some return to their parents' house and many Japanese stay with their family at home on Ōmisoka and Shōgatsu. At Shōgatsu, many shops are close.

Above all, January 1st is the most important day because of the first day of new year and that is called 'Ganjitsu[元日（がんじつ）]'. And the morning on Ganjitsu is called 'Gantan[元旦（がんたん）]'. A Chinese character '旦' expresses sunrise above the horizon. The sunrise of Ganjitsu, Hatsu-hinode[初日の出（はつひので）] is thought as a lucky thing and many people goes to see that to the mountains, coasts, etc. And decorations called 'Shōgatsu-kazari[正月飾り（しょうがつかざり）]' are displayed. There are various kinds of Shōgatsu-kazari such as Kadomatsu[門松（かどまつ）] and Kagami-mochi[鏡餅（かがみもち）](rice cake for display). 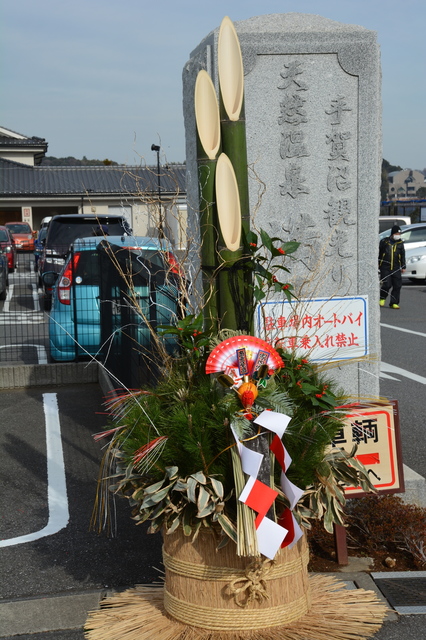 And there is a custom of visiting Shinto Shrine or Buddhist temple at Shōgatsu. That is called 'Hatsumōde[初詣（はつもうで）]' and people practice that for praying for good luck for the new year. 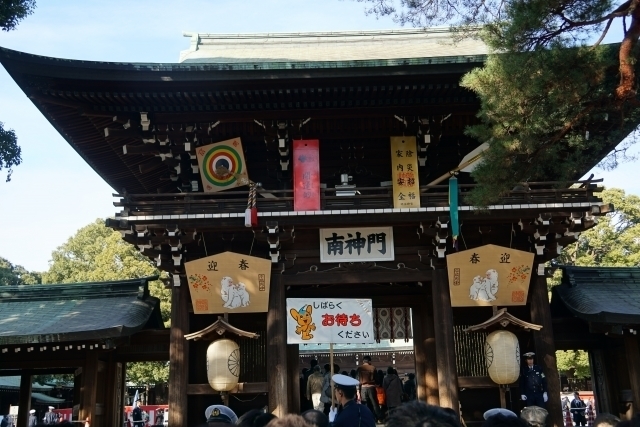 Meiji Shrine in the season of Hatsumōde, 2016

At Shōgatsu, Children are given money called 'Otoshidama[御年玉（おとしだま）]' by their family, relatives, etc. Otoshidama was originally Mochi[餅（もち）](rice cake) as an offering for Toshigami. And Children play a traditional game, Hanetsuki[羽根付き（はねつき）] like a badminton and that is played with using a shuttlecock and a wooden paddle called 'Hagoita[羽子板（はごいた）]'. Moreover, there are traditional games at Shōgatsu such as Kiting and Karta[カルタ](Japanese playing card). 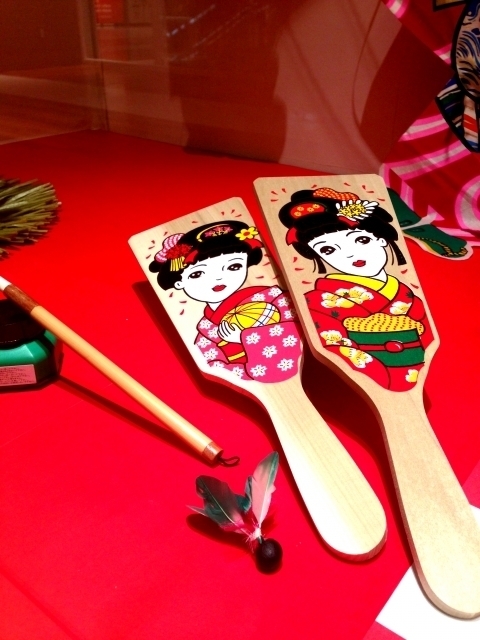 We prepare New Year cards called 'Nenga-jyō[年賀状（ねんがじょう）]' at the end of the previous year. Post cards for Nenga-jyō are sold in this season and if you post them by December 25th, you can deliver them on Gantan. Many people use an animal of the year of Eto[干支（えと）] as the design of Nenga-jyō. Eto is a Chinese calendar of 12-year cycle and 12 animals applied to each year(Eto is used for representing times and directions). 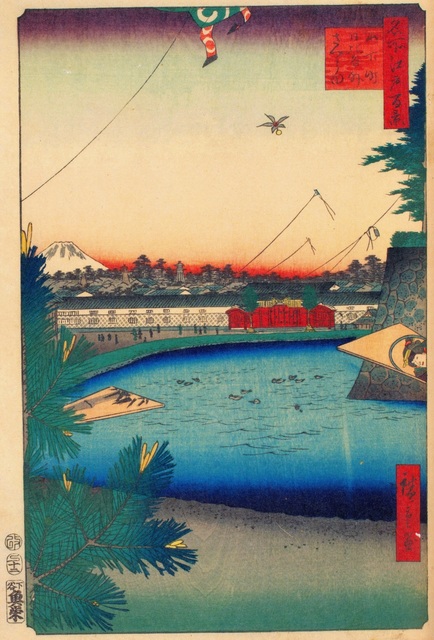