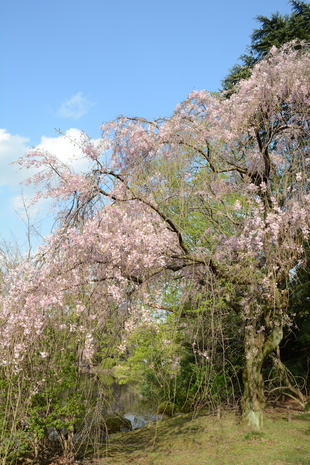 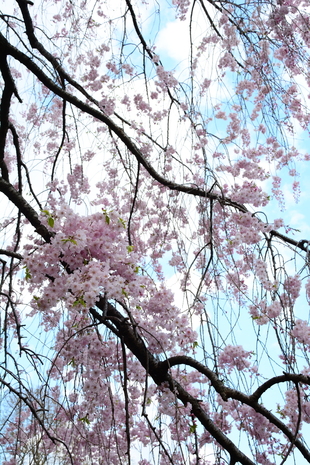 Blooming Shidare-zakura is delicate and graceful. Therefore, it is very popular. Especially, temples and gardens which have large and old trees are crowded in the blooming season. 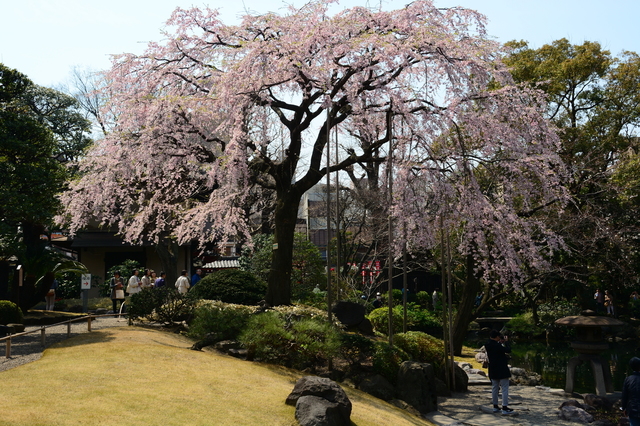 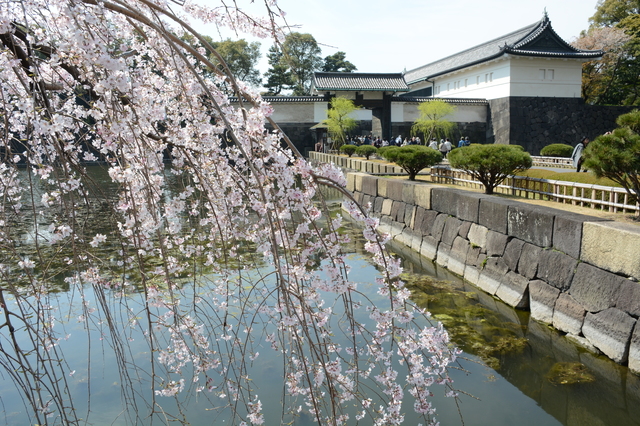 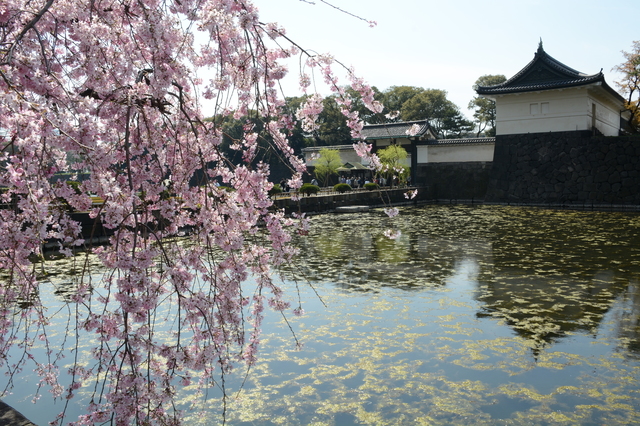 In a Japanese garden in Tokyo, Rikugien[六義園（りくぎえん）], there is a huge Shidare-zakura and that is famous for its beauty. Rikugien is open at night only during the blooming season but it is so crowded. 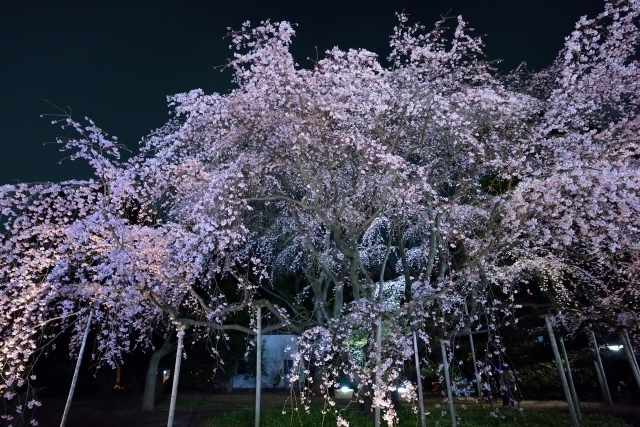 In Kyoto, a Shidare-zakura in Maruyama Park[円山公園（まるやまこうえん）] is famous. That is formally called "Hitoe-shiro-higan-shidare-zakura[一重白彼岸枝垂桜（ひとえしろひがんしだれざくら）]". Its height is about 12m. This Shidare-zakura is second generation and the first Sakura died in 1947. The present Sakura was raised from a seed of the first. Maruyama Park is famous not only for this but for a spot of various Sakura blossoms and they are illuminated at night.

And Daigo-ji Temple[醍醐寺（だいごじ）] is also a famous spot of Shidare-zakuras. Daigo-ji was known as a place which Hideyoshi Toyotomi held a Hanami[花見（はなみ）](party of viewing Sakura). 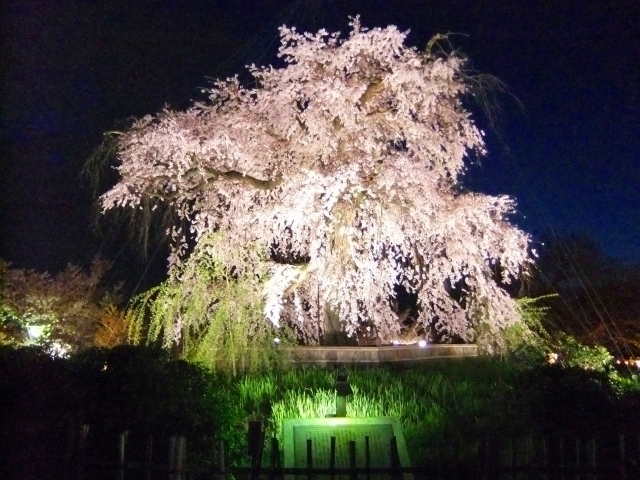 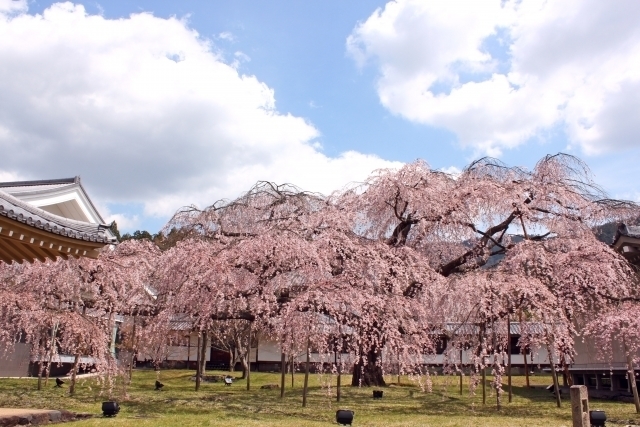 Miharu Taki-zakura[三春滝桜（みはるたきざくら）] in Miharu Town, Fukushima Prefecture is the most famous Shidare-zakura.

That is one of three greatest Sakura in Japan with Yamataka Jindai-zakura[山高神代桜（やまたかじんだいざくら）](Yamanashi Pref.), Usuzumi-zakura[薄墨桜（うすずみざくら）](Gifu Pref.). That is a Beni-shidare tree and it is said to be over 1,000 years old. It is about 13.5m high and 25m long. THat is designated as a National Natural Monument. 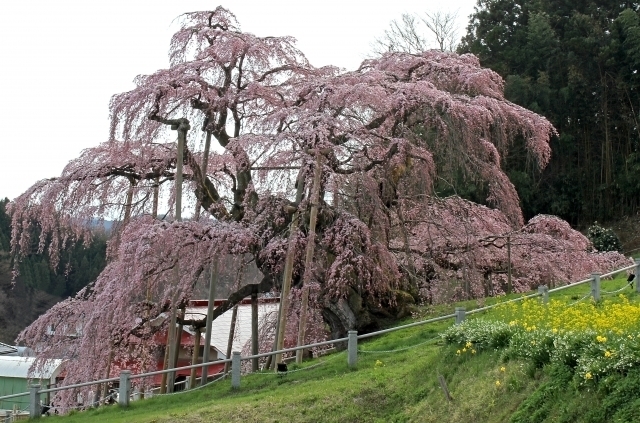