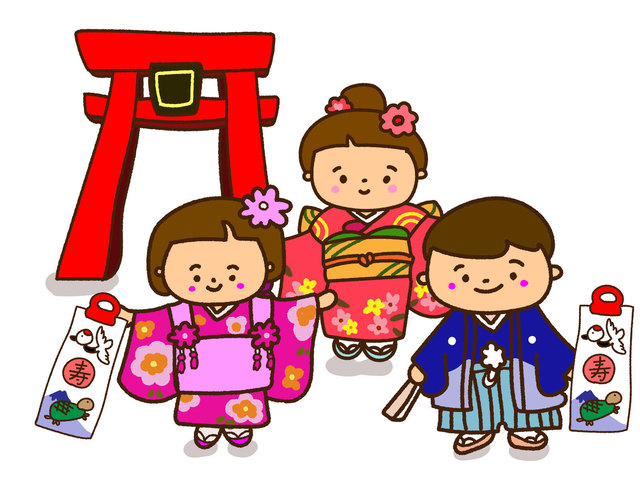 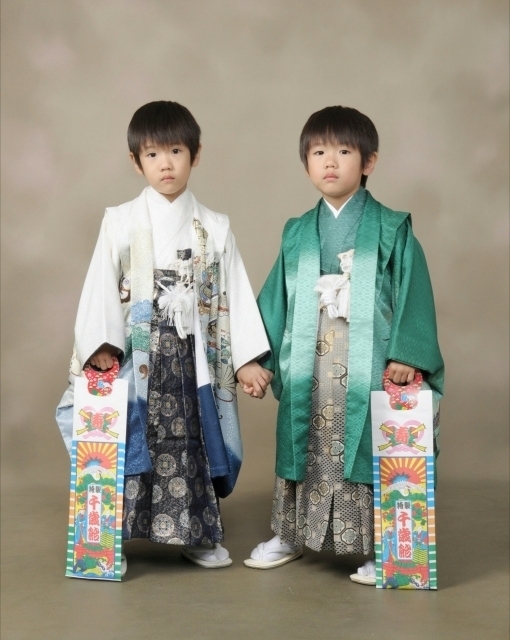 And the ceremony for seven-year-old girls is called "Obitoki[帯解（おびとき）]". Girls wore Obi[帯（おび）](sash for kimono) for the first time when they were 7 years old and Obitoki derives from a ceremony for celebrating that.

When Shichi-go-san, children wear formal clothing and most of them wear Kimono[着物（きもの）](Japanese traditional clothing). 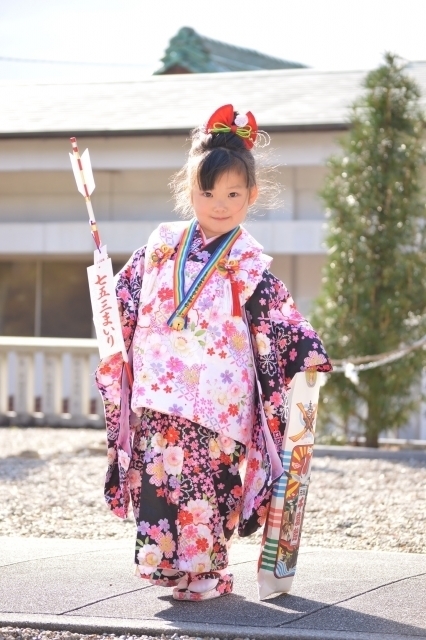 It is said that the origine of Shichi-go-san goes back to the Heian Period(794-1185). At that time, the death rate of infants was very high and Shichi-go-san begun as the ceremony for celebrating them who grew up well. And Shichi-go-san came to be widely done in the Edo Period(1603-1868).

On Shichi-go-san, long red & white candies called "Chitose-ame[千歳飴（ちとせあめ）]" are given to children. The long candies symbolize healthy growth and longevity and red &white are considered auspicious colors. And Chitose-ame are given in a paper bags and auspicious symbols such as cranes & turtles, and pine, bamboo & plum are drawn on that bag.