スマートフォン専用ページを表示
Sen-cha[煎茶（せんちゃ）] is a kind of Japanese green tea and the most common tea in Japan. Sen-cha is made from steamed, rubbed, dried tea leaves. 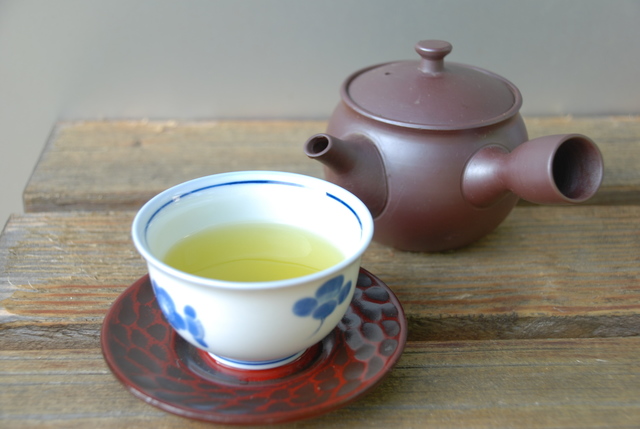 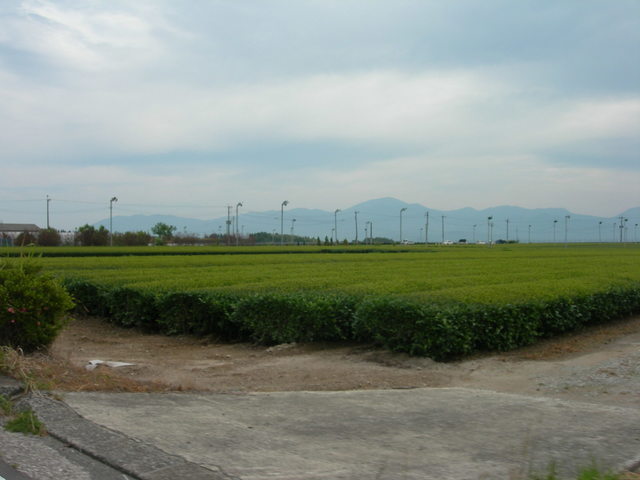 Sen-cha can be divided into three grades; 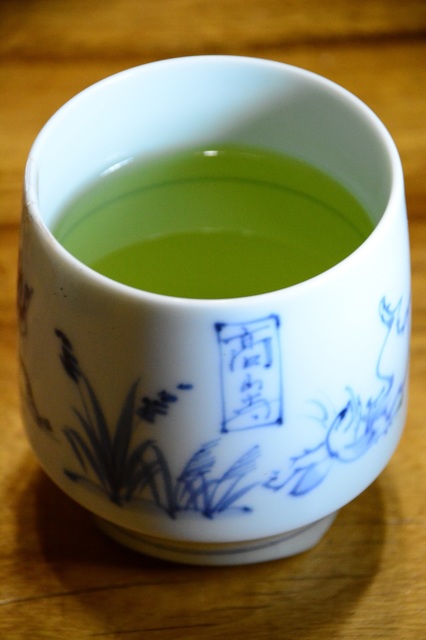 The method for making Gyokuro is the same as that for making Ten-cha[碾茶（てんちゃ）], which is the material for Matcha, until mid-process. There is a rubbing process in Gyokuro making and there is not in Ten-cha making.

Gyokuro and Ten-cha are made from leaves of covered tea trees by sun shades for a certain period. This process is due to stopping photosynthesis of the leaves, and in consequence, catechin in leaves decreases and theanine in leaves increases. Thereby, the tea has less bitter and increases Umami. They also have deep flavors and contain much caffeine.


Ban-cha is made from grown hard leaves or picked leaves from summer on. That is often used for mass-produced products such as the tea bottle. That is inferior to common Sen-cha in flavor but has a simple taste and has less caffeine. Ban-cha is also used for a material for Genmai-cha[玄米茶（げんまいちゃ）] or Hōji-cha[ほうじ茶]. 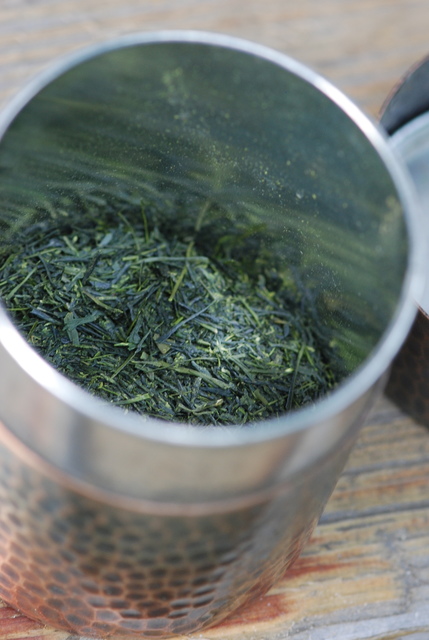 And you put the leaves into Kyūsu[急須（きゅうす）](teapot) and pour the water in the cup into it. The extraction time depends on the kinds of tea(Gyokuro: 1.5-2min., Sen-cha: 1min., Ban-cha & Fukamushi-cha: 30sec.).

There is a tea tree in my garden, so I made Sen-cha by myself.