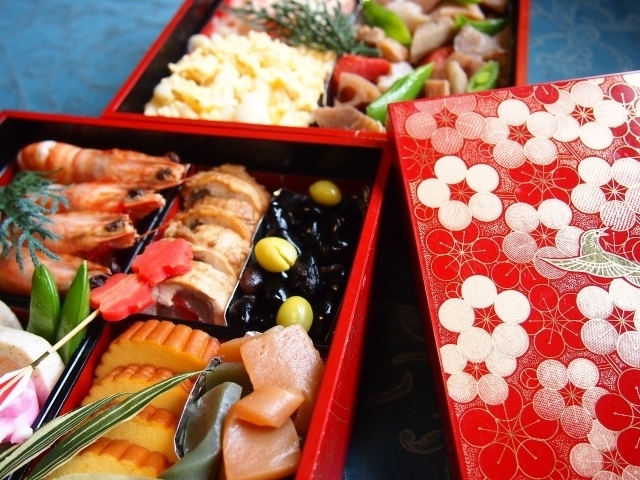 The name 'Osechi' derives from Osechiku[御節句（おせちく）] which originally meant the offering for god and ceremonial dishes eaten at Sekku[節句（せっく）](the day of seasonal point and the event).

In the Heian Period(794-1185), Osechiku was eaten at court on Sekku. And it is said that spread into the common people in the late Edo Period(1603-1868). Shōgatsu is the first and most important Sekku and the word 'Osechi' is used for traditional dishes eaten at Shōgatsu now.

Osechi has thick tastes or low moisture dishes because of keeping their quality for several days. Osechi is prepared and cooked by Ōmisoka[大晦日（おおみそか）](New Year's Eve) and many people eat that without heating at Shōgatsu. Therefore, Osechi are not delicious dishes. As a reason for eating that, it is said that there was a custom of avoiding to use fire to rest the god of Kamado[竈（かまど）](Japanese oven) at Shōgatsu and also, women take it easy at home without cooking at Shōgatsu. 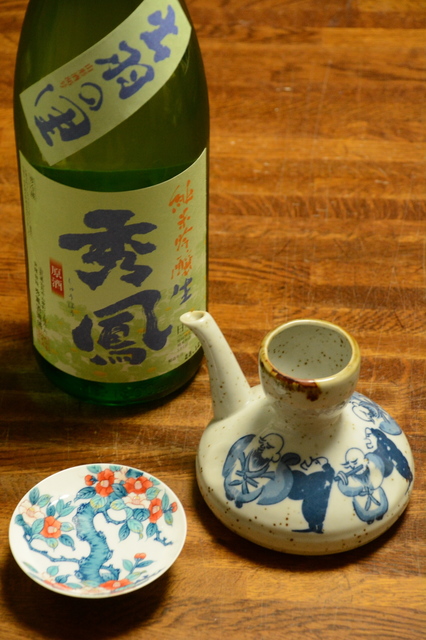 The main Osechi dishes are as follows:


Osechi can also be placed a pre-ordered at department stores, restaurants, supermarkets and on line. In recent years, not only traditional Osechi but various Osechi such as French, Chinese Osechi are sold.