スマートフォン専用ページを表示
Okinawa Prefecture[沖縄県（おきなわけん）] is one of 47 prefectures and located in Southwestern part in Japan(The westernmost point of Japan is in Yonaguni Island[与那国島（よなぐにじま）], Okinawa). That consists of about 160 islands including Okinawa Island, Ishigaki Island[石垣島（いしがきじま）] and Miyako Island[宮古島（みやこじま）] which is located in the south part of Nansei Islands[南西諸島（なんせいしょとう）] surrounded by the Pacific Ocean and the East China Sea. 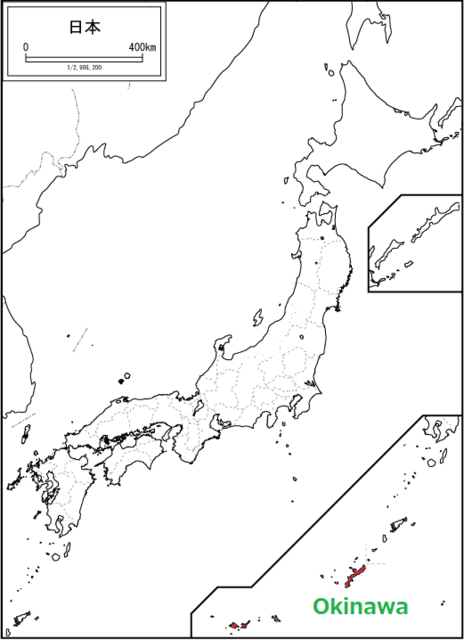 The history of Okinawa is here ⇒

Okinawa is the only prefecture where the whole area belongs to the subtropical zone. The temperatures are warm throughout the year(The average annual temperature is 23℃.) and seldom go down below 10℃ even in midwinter. It is hot and very humid in summer. From summer to autumn, many Taifū[台風（たいふう）](typhoon) pass over Okinawa.


As mentioned above, Okinawa belongs to the subtropical zone and is isolated from other regions. Therefore, Okinawa has unique nature which is different from that of other regions.

Many tropical plants are seen in Okinawa, such as hibiscus, Deigo[デイゴ](Erythrina variegata), Gettō[月桃（ゲットウ）](Alpinia zerumbet), Gajyumaru[ガジュマル](banyan) and Adan[アダン](Pandanus odoratissimus). Deigo is the flower of Okinawa Prefecture. 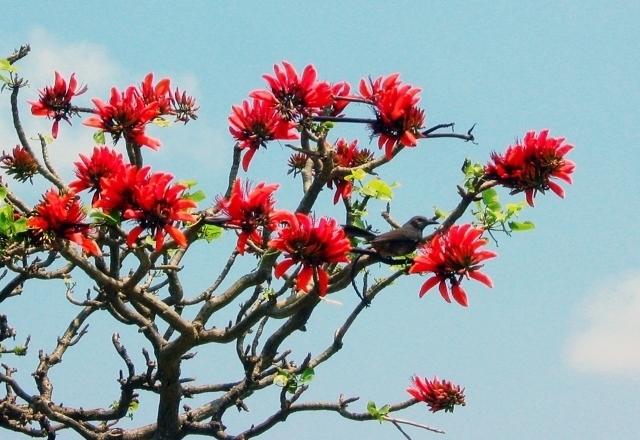 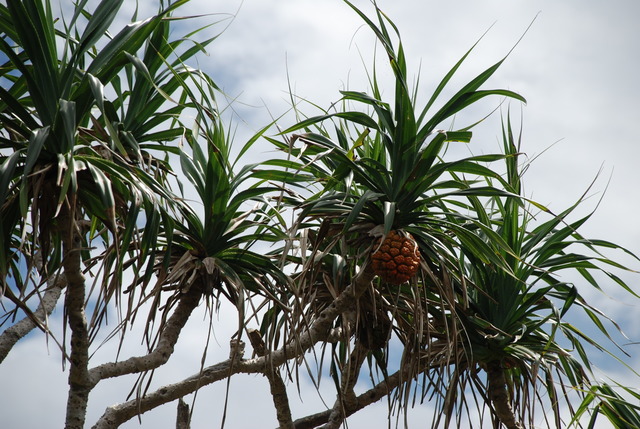 From January to February, a species of Sakura, Kanhi-zakura[寒緋桜（カンヒザクラ）] blooms. Kan-hizakura of Okinawa blooms the earliest in Japan.

Habu[ハブ] is a endemic poisonous snakes and that is widely distributed in Okinawa. Its skin is used as the body of Sanshin[三線（さんしん）] which is a Okinawa's musical instrument. 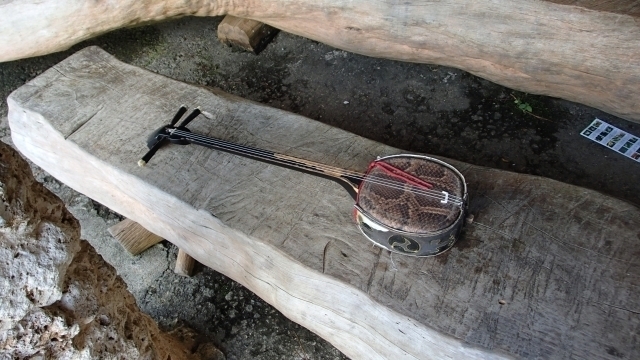 Yanbaru-kuina[ヤンバルクイナ](Okinawa rail) is an endemic bird only in the north part of Okinawa Island, Yanbaru. It has been designated as an endangered species. Yanbaru is a forest area and abundant nature remains. Other than Yanbaru-kuina, there are many endemic species such as Noguchigera[ノグチゲラ](Okinawa woodpecker). 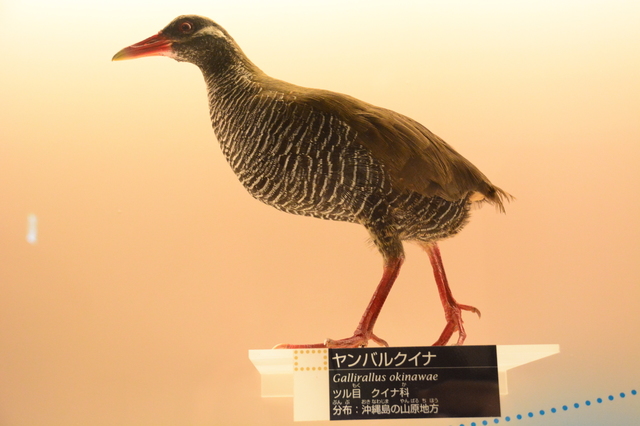 Yaeyama Islands[八重山諸島（やえやましょとう）] is a southwest part of Seinan Islands and to which Ishigaki Island, Iriomote Island[西表島（いりおもてじま）] and other small islands belong. Yaeyama Islands is only habitat of Kanmuri-washi[カンムリワシ](crested serpent eagle) in Japan. In Iriomote Island, there is the largest mangrove forest in Japan. And Iriomote Island is also known for Iriomote-yamaneko[イリオモテヤマネコ](Iriomote cat) which is an endemic wild cat only in this island. Kerama-jika[ケラマジカ] lives in Kerama Islands[慶良間諸島（けらましょとう）] and is the smallest deer in Japan. 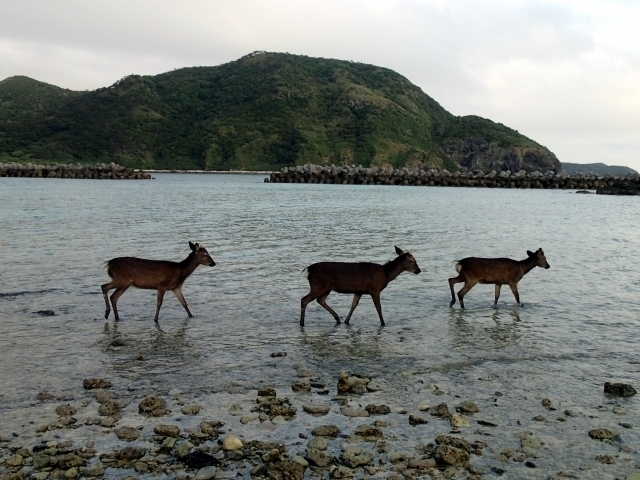 There are not many industries in Okinawa because it consists of remote islands. Therefore, Okinawa has the highest unemployment rate in Japan. The economy of Okinawa depends on tourism.

As other industries, there is agriculture and tropical fruits and sugarcane are actively cultivated.

The population decreases in most parts of Japan but that increases in Okinawa. Especially, Ishigaki Island is popular as a migration destination. Ryūkyū was dependent on China and traded with other countries including Japan. Therefore, Okinawa's culture has been influenced by other countries, especially China. These features appear in its architectures, ceremonies, customs, foods and arts. And American cultures have also penetrated among the people after WWII.

The popular sport in the world, Karate[空手（からて）] was originally martial art of Ryūkyū and that was created by combining Ryūkyū and Chinese martial arts. 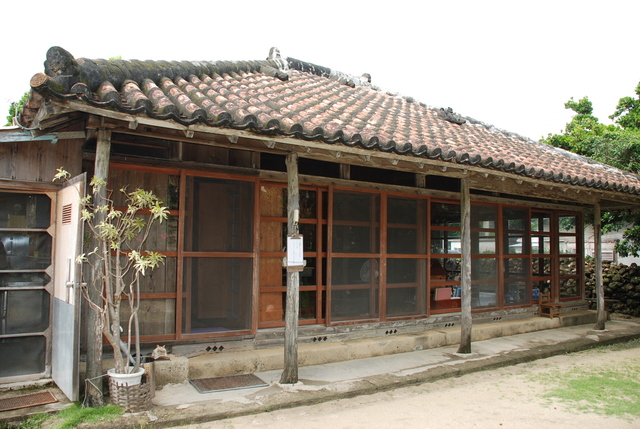 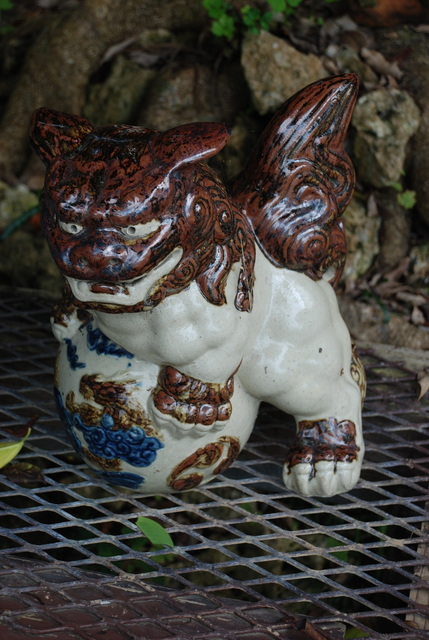 Shiisaa[シーサー]: That is a Okinawa's charm against evil and is often put on the gate and roof.

Okinawa has many unique dishes. The major dishes are as follows;


The famous traditional crafts are as follows;

Okinawa is a popular summer resort. Islands of Okinawa is surrounded by coral reefs. Therefore, beautiful emerald green see and white beaches are seen throughout Okinawa. You can enjoy various marine activities such as diving, snorkeling, whale watching and cruising. 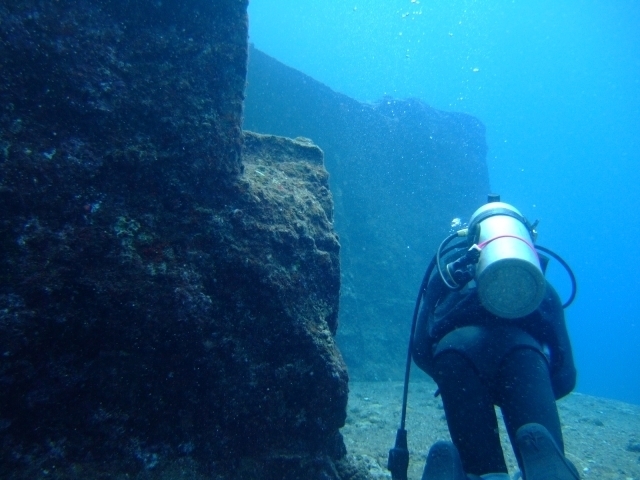 The sites of Ryūkyū Kingdom are popular as sightseeing spots. Especially, castles of Okinawa called "Gusuku[グスク]" are impressive and fascinating. 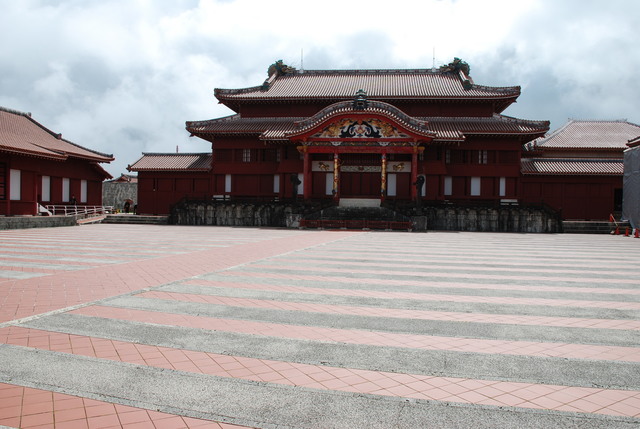 Main Hall of the Shuri Castle 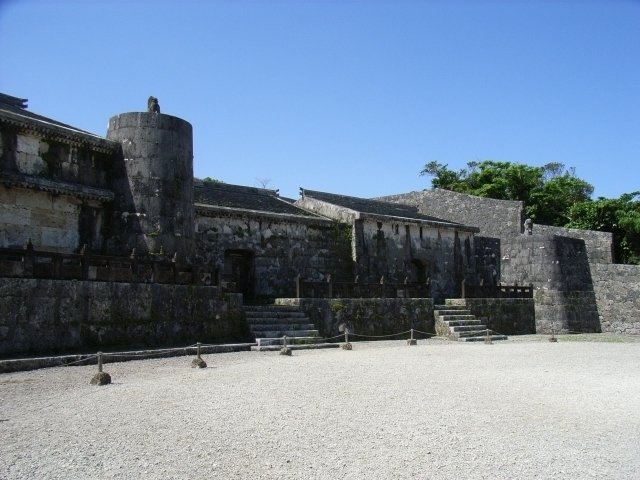 Tamaudun:That is a mausoleum of Ryūkyū kings. 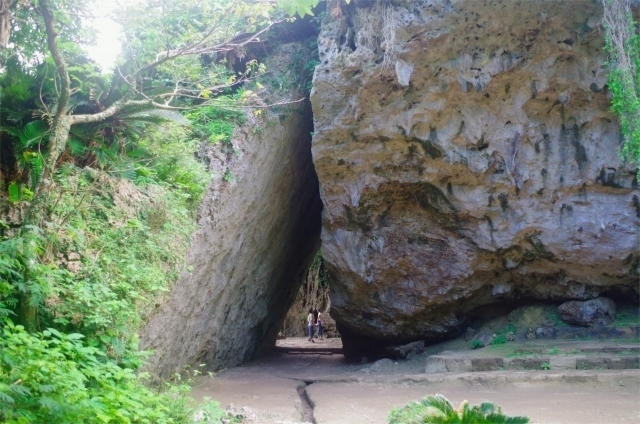 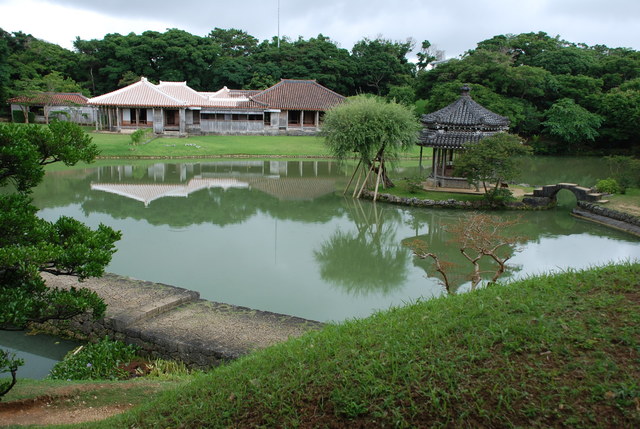 Okinawa Churaumi Aquarium[沖縄美ら海水族館（おきなわちゅらうみすいぞくかん）] is one of the most famous aquarium in Japan. Especially, it is known for a huge 7,500 cubic meters tank(35m long, 27m wide, 10m deep) where whale sharks, manta rays other big fishes swim. 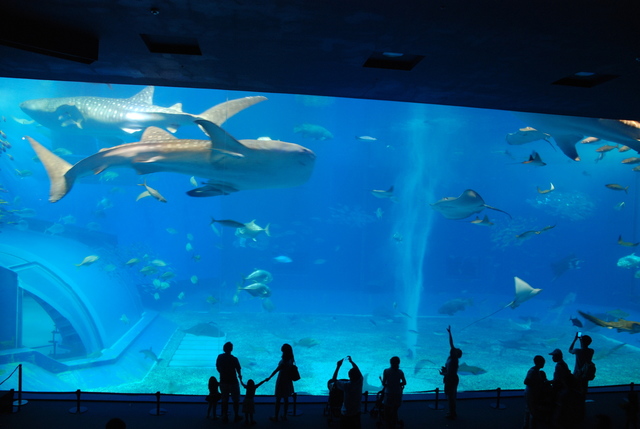 In Taketomi Island[竹富島（たけとみじま）] near Ishigaki Island, traditional red-tile-roofed housings remain and have been designated as an Important Preservation Districts for Groups of Traditional Buildings. Buffalo cart ride is a popular activity in Taketomi Island and you can enjoy relaxing time while listing the music played by the guide.

Haarii is a dragon boat race held for praying for large catches of fish on May 4th on the lunar calendar.

Eisaa is a Bon dance[盆踊り（ぼんおどり）] of Okinawa which is held in July 15th on the lunar calendar. Participants walk through the street while dancing, singing, beating drums and playing Sanshin.