スマートフォン専用ページを表示
Nikujyaga[肉じゃが（にくじゃが）] is one of representative Japanese home-cooked dishes. Niku means meat and Jyaga, formally Jyaga-imo[ジャガイモ], means potato. That is the stew of meat, potatoes, onion, carrot, Shirataki[白滝（しらたき）](noodles made of Konjac[蒟蒻（こんにゃく）]), etc. seasoned with soy sauce, sugar and Mirin[味醂（みりん）](sweet sake).

But the recipes differ depending on each home. As for the meat, usually, pork is used in eastern Japan and beef is used in western Japan. 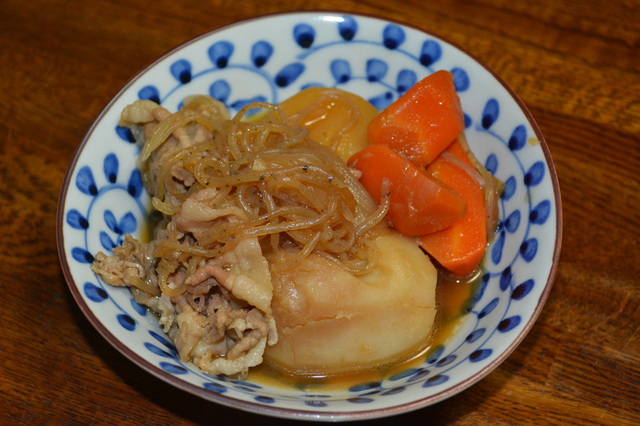 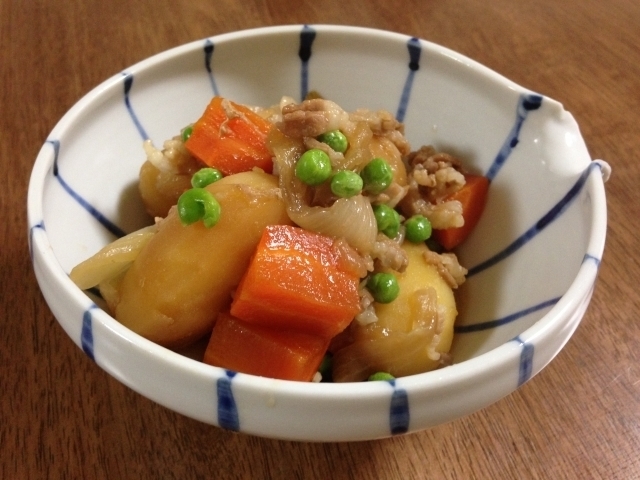 It is said that Heihachirō Tōgō[東郷平八郎（とうごうへいはちろう）](He was an admiral of the Imperial Japanese Navy and commander-in-chief of Combined Fleet during the Russo-Japanese War.) is related to the origin of Nikujyaga.

Tōgō studied in Portsmouth, England when he was young. And he ate beef stew there and liked that. After returning to Japan, he thought to serve it as a as an on-board dish for preventing diseases such as beriberi due to lack of vitamin during the long voyage.

But the chef cooked that with substituting soy sauce, etc. for the ingredients such as wine and butter because it was difficult to obtain them in the local area.(Beef stew had already introduced to Japan.) It is said that this is the origin of Nikujyaga. Maizuru[舞鶴（まいづる）] City(Kyoto Pref.) and Kure[呉（くれ）] City(Hiroshima Pref.) insist the birthplace of Nikujyaga and are promoting that as a local specialty. Both cities have naval bases and Tōgō worked at them. And a recipe book describing Nikujyaga remains in Maizuru. 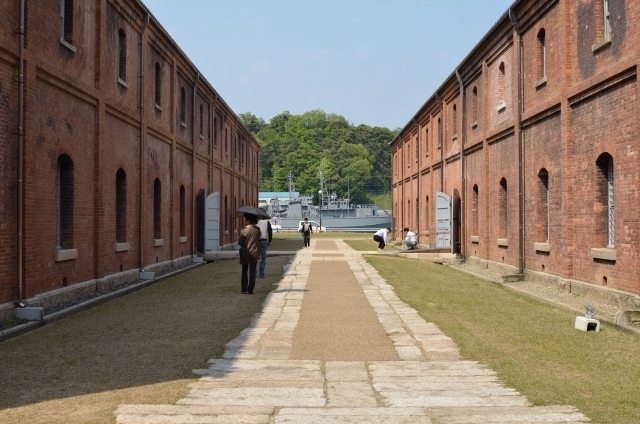 Maizuru Red Brick Warehouses; They were arsenals of navy.