Nebuta also refers to lanterns used in the event. Nebuta is made of paper pasted on frames of wood or bamboo. 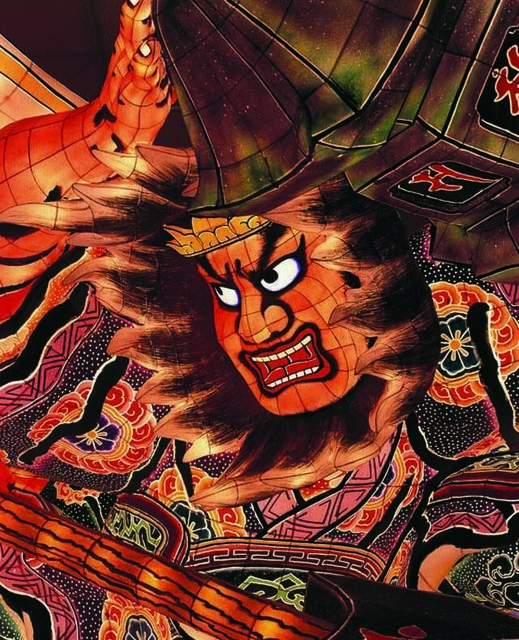 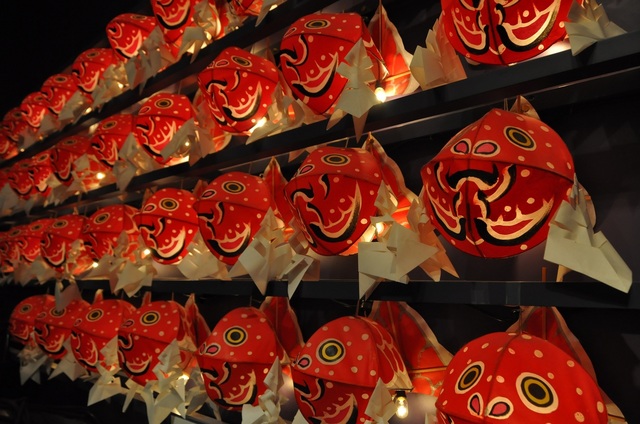 Huge Nebutas are installed on the floats and they are pulled through the streets. This spectacle is the highlight of Nebuta event.

Huge Nebuta is mainly made into the shape of Samurai, ogre, monster, etc which reproduce scenes of history, mythology and Kabuki[歌舞伎（かぶき）].


The origin of Nebuta is not clear but it is thought that it derives from one of Tanabata[七夕（たなばた）] events (People floated lanterns on water for the purpose of warding off evil).

Among the Nebuta events, Aomori Nebuta Matsuri[青森ねぶた祭] is the largest event of Nebuta and that is one of the Three Greatest Festivals in Tōhoku Region[東北三大祭り（とうほくさんだいまつり）] with Akita Kantō Matsuri[秋田竿灯（あきたかんとう）まつり](Akita City, Akita Pref.) and Sendai Tanabata Matsuri[仙台七夕（せんだいたなばた）まつり](Sendai City, Miyagi Pref.). 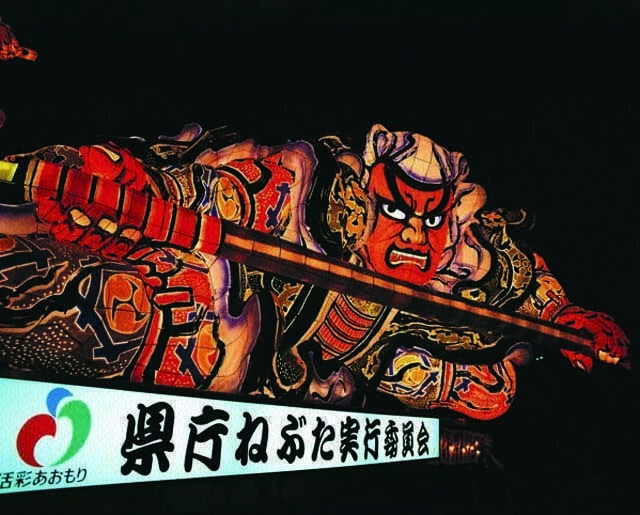 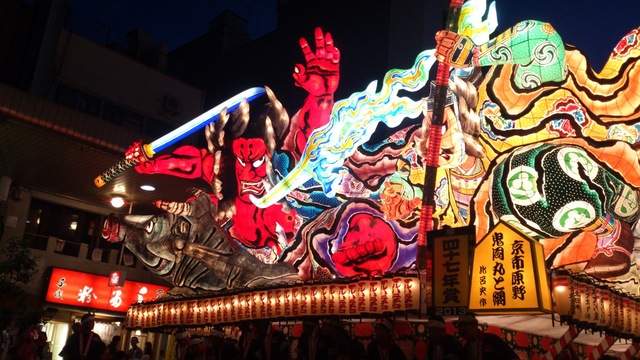 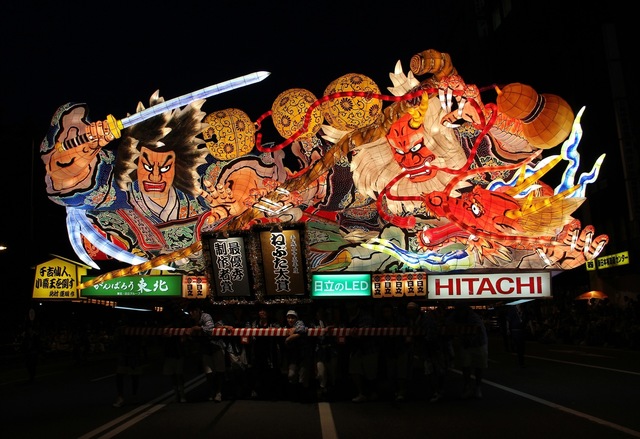 This festival is held in Aomori City from August 2nd to 7th every year. It is very famous festival and about 2.5 million people visit the festival.

Huge and colorful Nebutas are pulled through the streets. Dancers called "Haneto[ハネト]" dance to the music while yelling "Rasseraa[ラッセラー]" around Nebuta.

They are illuminated and look even more beautiful at night. On the night of final day, August 7th, Nebutas are floated on the sea and fireworks are set off. 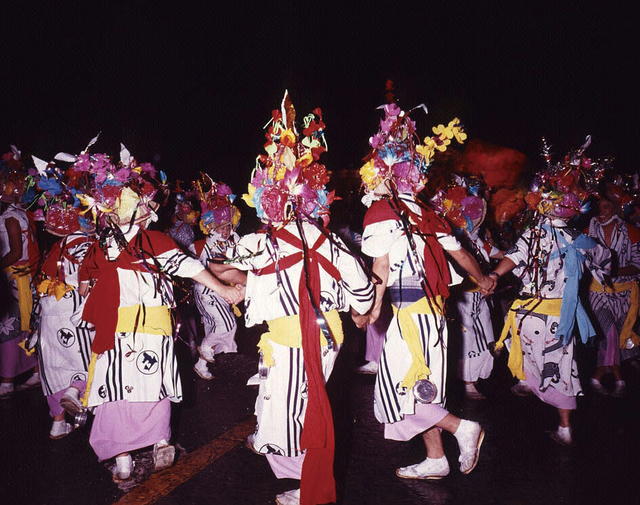 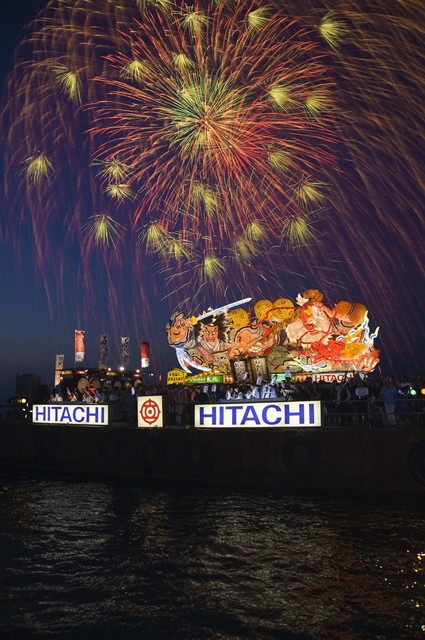 The final of Aomori Nebuta Matsuri

Other than Aomori City, Nebuta festivals are held all over Aomori Prefecture. Especially, the festivals held in Hirosaki[弘前（ひろさき）] City and Goshogawara[五所川原（ごしょがわら）] City are well-known.

In Hirosaki, there are two type Neputas, doll-shaped float like Aomori Nebuta and fan-shaped float where pictures are drawn. Hirosaki Neputa is held from August 1st to 7th every year. 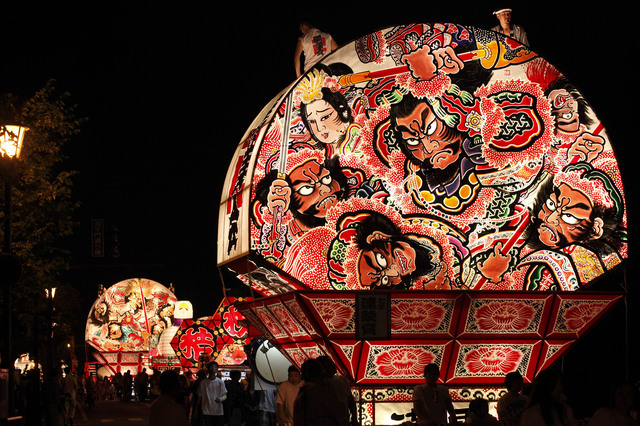 Nebuta of Goshogawara is called "Tachi-neputa[立佞武多（たちねぷた）]". That is held from August 4th to 8th. The float of Tachi-neputa is characterized by its tall shape. The tallest Tachi-neputa is 23 meters tall and weighs 19 tons. The floats are pulled with a word "Yattemare[ヤッテマレ]". 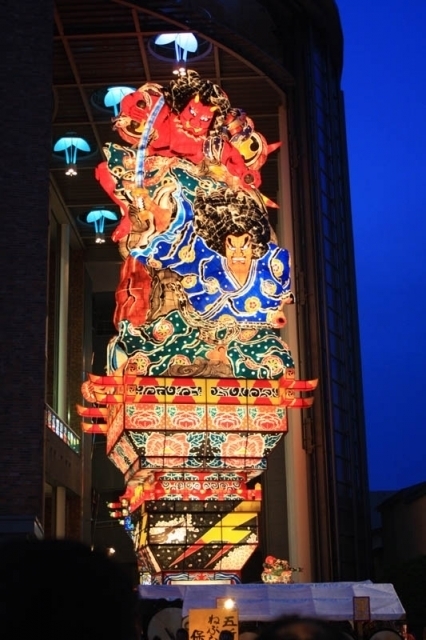