Jinjitsu is also called 'Nanakusa no Sekku[七草の節句（ななくさのせっく）]'(Nanakusa means seven herbs). This is because people eat Nanakusa-gayu[七草粥（ななくさがゆ）](rice porridge with chopped seven spring herbs) on the day. 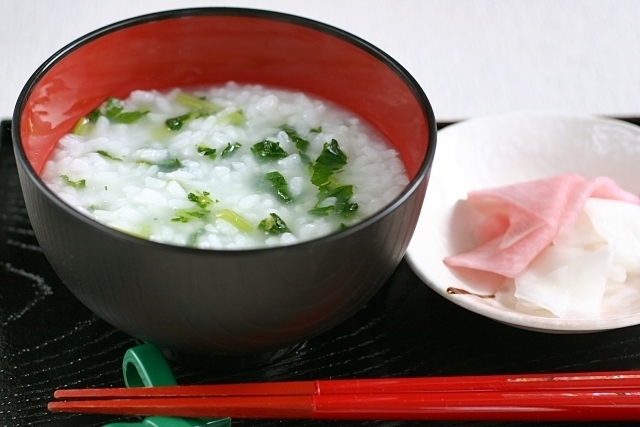 Jinjitsu means 'Human Day'. In the ancient China, the first seven days of New Year(Shōgatsu[正月（しょうがつ）]) were allocated as Chick Day, Dog Day, Boar Day, Sheep Day, Ox Day, Horse Day, Human Day and the fortune-telling for the animal of the day was performed. People took care of the animal of each day and criminals were not punished on Jinjitsu, January 7th.

And there was a custom of eating a soup with seven kinds of vegetables to wish for the health on Jinjitsu. It was introduced into Japan in the Heian Period(794-1185) and changed into Nanakusa-gayu.

The word 'Nanakusa' is mainly used for seven herbs of spring(Haru no Nanakusa[春の七草]). They are usually called by traditional names. Haru no Nanakusa are as follows. 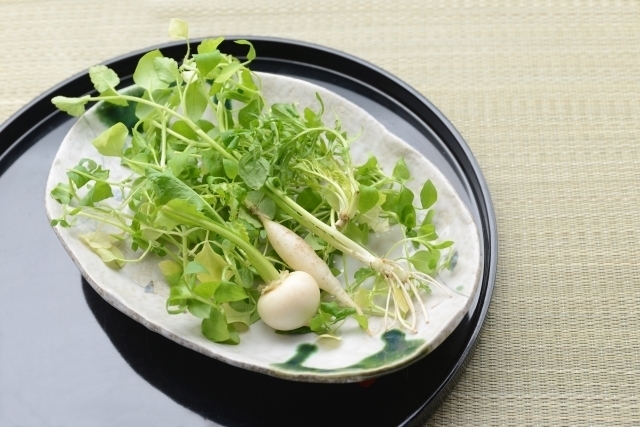 There are Nanakusa of autumn but they refers to the seven beautiful flowers of autumn(They are called 'Aki no Nanakusa[秋の七草]').


Nanakusa-gayu has been eaten to wish for the health as mentioned above and that is effective for overworked stomach by Osechi[御節（おせち）](Osechi are traditional dishes eaten in Shōgatsu.). But that is not eaten much now.