スマートフォン専用ページを表示
There is no mountain which has been loved by Japanese people more than Mt. Fuji. This is indicated that Mt. Fuji has been used as a theme of art since ancient times. 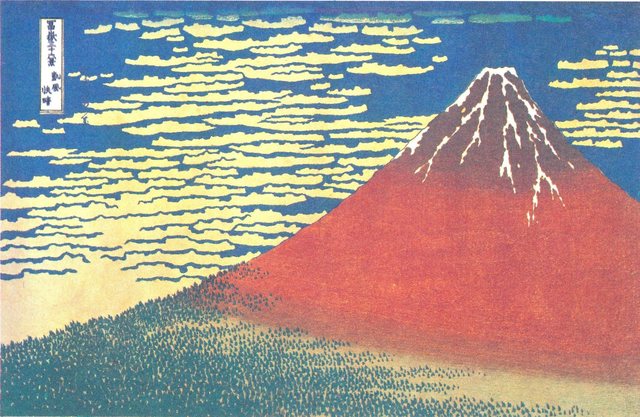 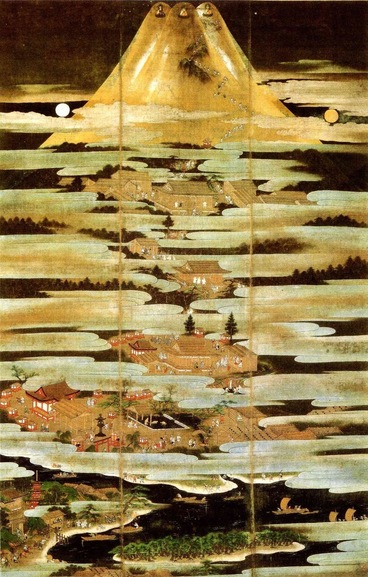 In ancient times, Mt. Fuji appeared in Manyō-shū[万葉集（まんようしゅう）] that was compiled in the Nara Period[奈良時代（ならじだい）](710-794) and that is the oldest collection of Japanese poems in exsistance. In Manyō-shū, there is a famous poem, "Tagonourayu uchiidetemireba mashironiso Fujinotakaneni yukiwafurikeru[田子の浦ゆうち出でてみれば真白にそ富士の高嶺に雪は降りける]"(When coming to Tagonoura Bay, I saw the white peak of Mt. Fuji covered with snow.) by Akahito Yamabe[山部赤人（やまべのあかひと）]. This poem was revised and selected in Hyakunin-isshu[百人一首（ひゃくにんいっしゅ）](It's a collection of 100 poems by 100 famous poets) and today, it's more famous than the original poem.

And, Mt. Fuji has been drawn in many pictures, especially, Ukiyo-e[浮世絵（うきよえ）]. In Ukiyo-e, there are series of painting of Mt. Fuji such as "Fugaku Sanjyūrokkei[富嶽三十六景（ふがくさんじゅうろっけい）]" by Hokusai Katsushika[葛飾北斎（かつしかほくさい）] & "Fuji Sanjyūrokkei[富士三十六景（ふじさんじゅうろっけい）]" by Hiroshige Utagawa[歌川広重（うたがわひろしげ）]. Those Ukiyo-es had a great influence on painters in Europe such as Vincent van Gogh who was also a Ukiyo-e collector. 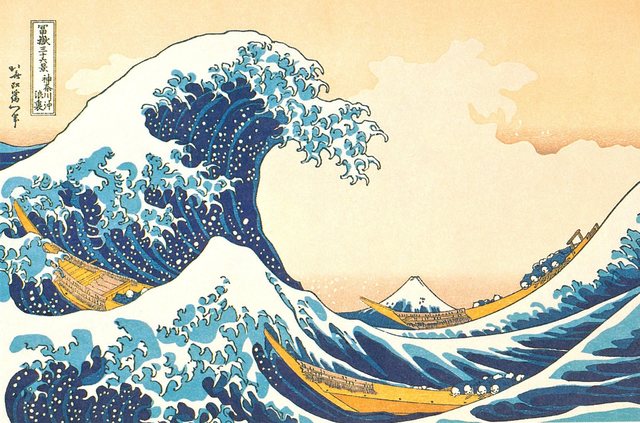 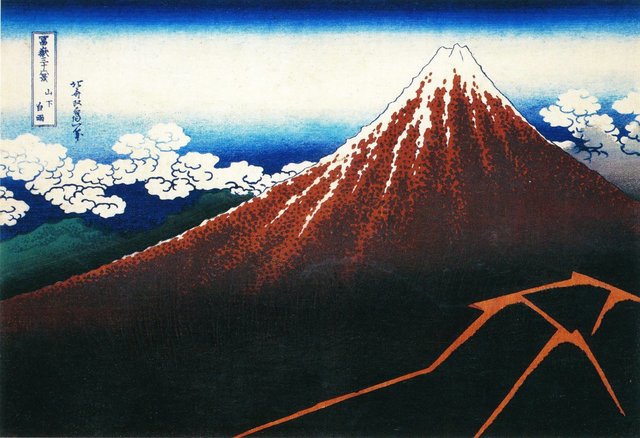 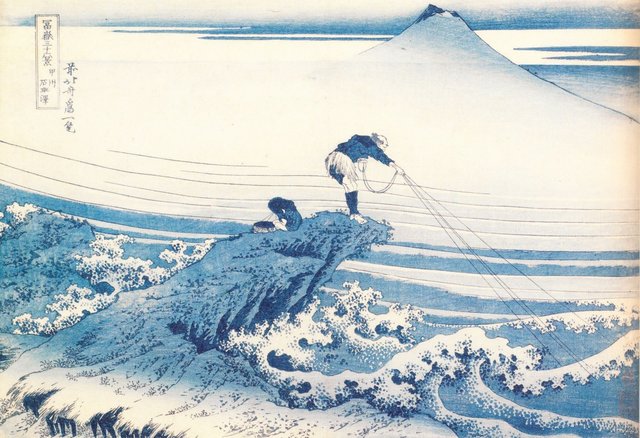 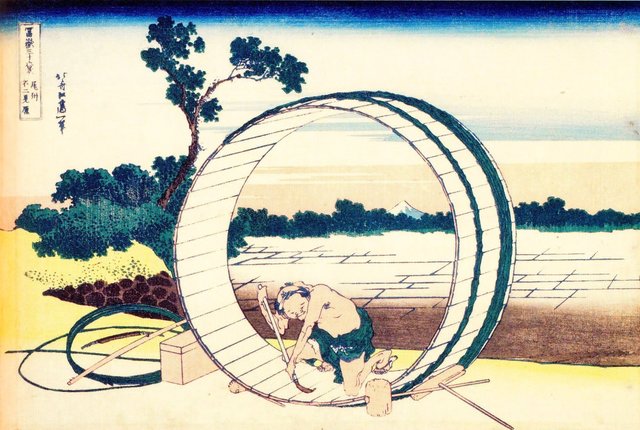 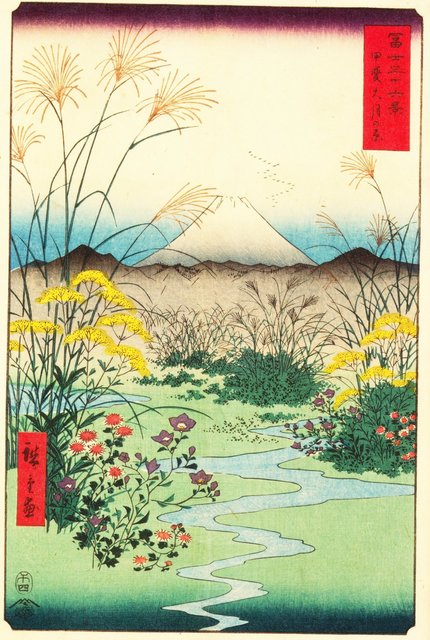 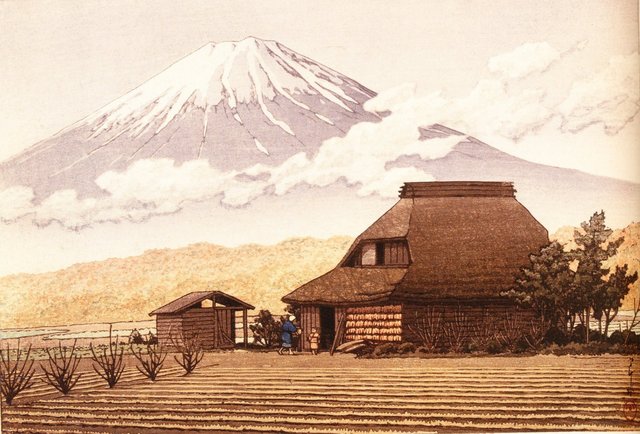 And an authentic Japanese painter, Taikan Yokoyama[横山大観（よこやまたいかん）](1868-1958) is known as a painter who drew a lot of paintings of Mt. Fuji. 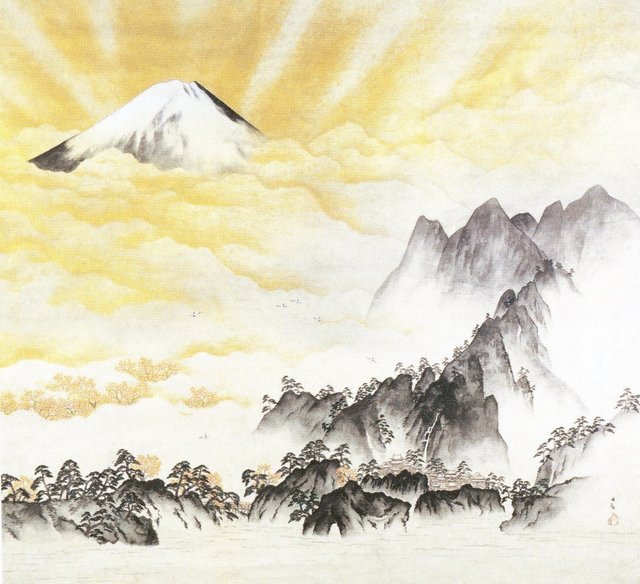 Japanese famous novelist, Osamu Dazai[太宰治（だざいおさむ）] wrote "Fugaku Hyakkei[富嶽百景（ふがくひゃっけい）]" which is a work about his experience when he had stayed at an inn on Misaka Pass[御坂峠（みさかとうげ）], Yamanashi Prefecture that is famous as a viewing spot of Mt. Fuji. This work can be said a novel or essay, and he projected his ever-changing psychological state onto changeable Mt. Fuji appearance in this work. 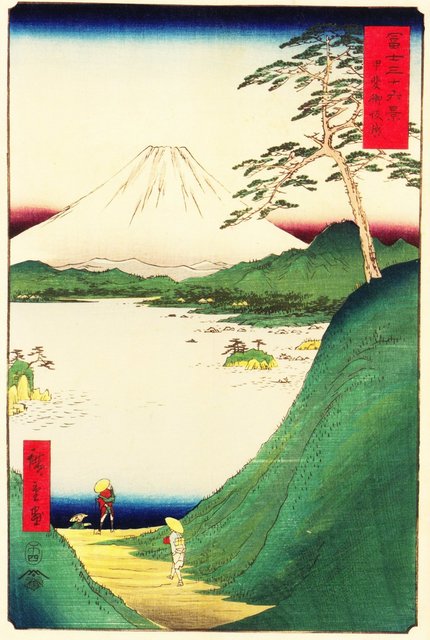 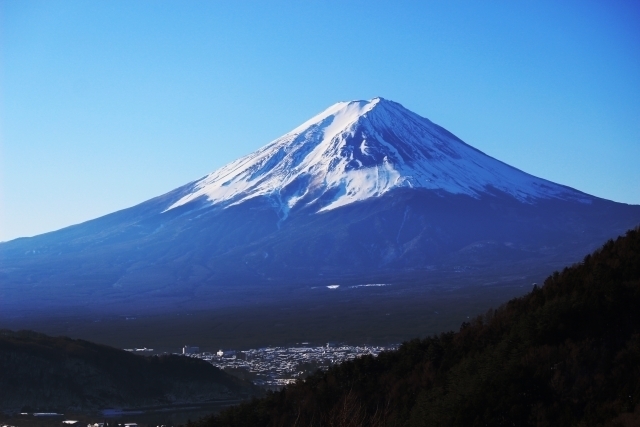 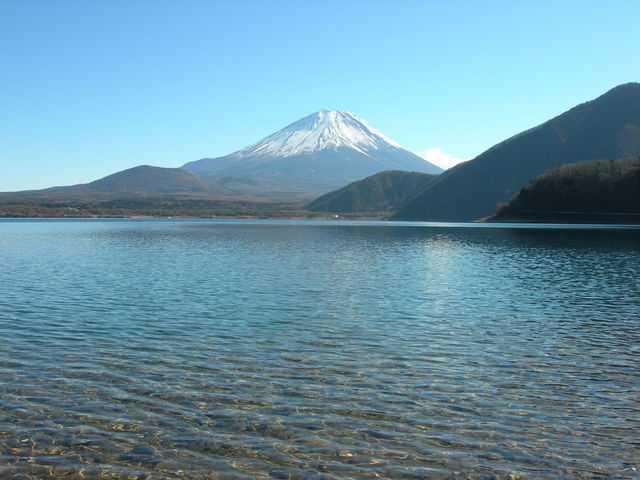 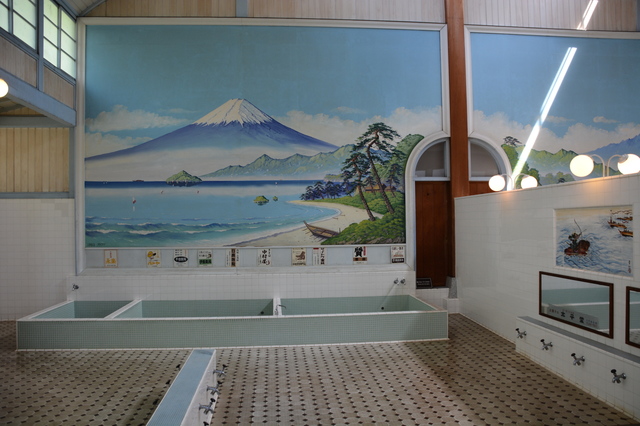 The following picture is taken at Satta Pass[薩埵峠（さったとうげ）], Shizuoka Prefecture. And Hiroshige Utagawa drew two Ukiyo-es of that. Satta Pass on ancient Tōkaidō[東海道（とうかいどう）](That was the main road in Japan that was connecting Edo to Kyoto.) is on a cliff that faces the Pacific Ocean and that was the place to be hard to go through. But also, that has been the famous view spot of Mt. Fuji. 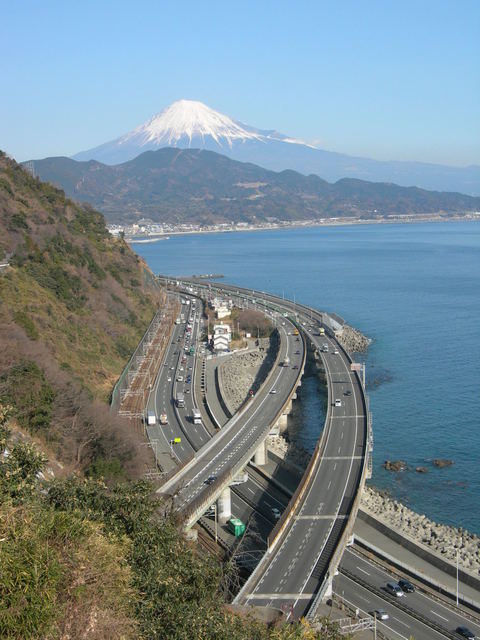 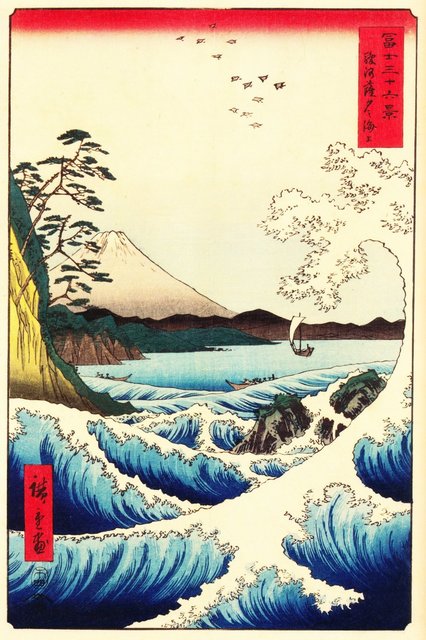 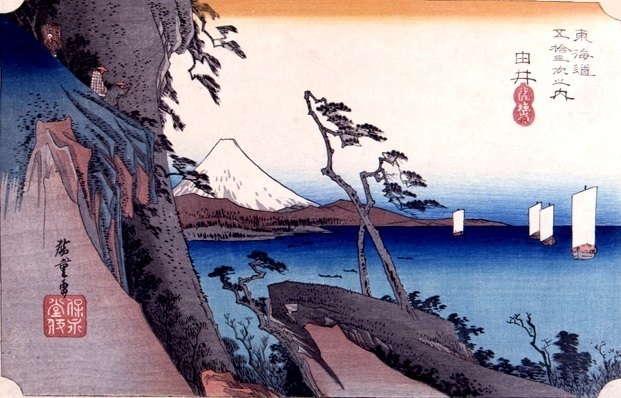