スマートフォン専用ページを表示
Mizubashō[水芭蕉（ミズバショウ）](skunk cabbage) is a perennial plant of the family Araceae.

That is distributed from Kamchatka Peninsula, Russia to Chūbu Region, Japan. That also lives in Kahozaka Pass[加保坂峠（かほざかとうげ）](Yabu[養父（やぶ）] City, Hyōgo Prefecture) which is isolated from other habitats. And Kahozaka Pass is the southernmost habitat of Mizubashō. 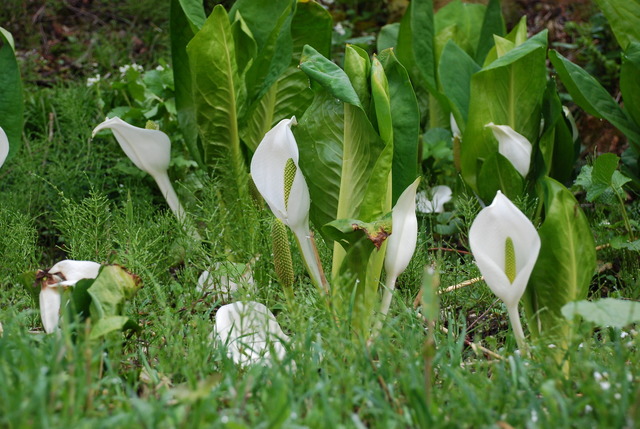 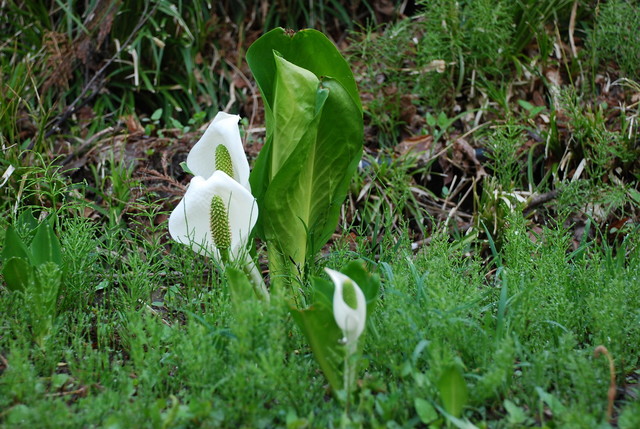 Mizubashōs prefer living in wetlands in snowy mountainous area. They have yellow flower surrounded by a large white bract from late May to early July in highlands.

Especially, Oze Marshland[尾瀬（おぜ）](That is a wetland across Fukushima, Niigata and Gunma Prefectures.) is the most famous spot of Mizubashō. Mizubashō in Oze appears in the lyrics of a Japanese famous song, "Natsu no Omoide[夏の思い出（なつのおもいで）](Memory in summer)". 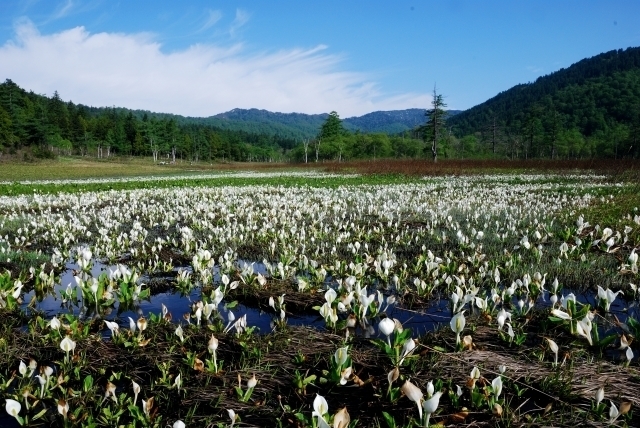 Mizubashō was named because its leaf resembles that of Bashō[芭蕉（バショウ）](Japanese banana) and that lives in wetland(Mizu means water in Japanese).