スマートフォン専用ページを表示
Mikan[蜜柑（ミカン）] refers to citrus family trees and their fruits. Especially, this word mainly refers to Unshū-mikan[温州（うんしゅう）蜜柑] or species resembling this. 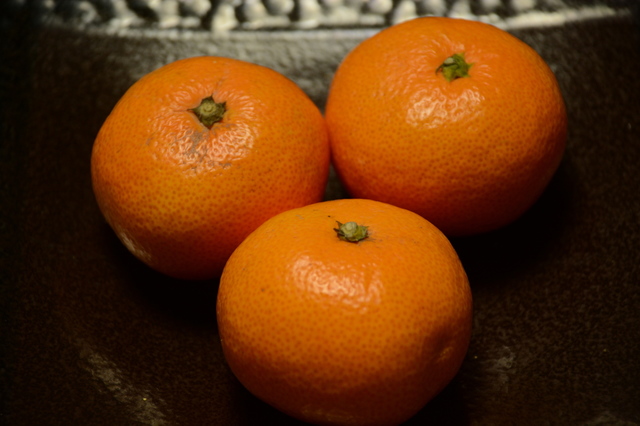 Unshū[温州](Wenzhou in Chinese reading) is a city in China and this is famous as a production area of Unshū-mikan. But Unshū-mikan is native to Nagashima Island[長島（ながしま）], Kagoshima Prefecture, Japan. Unshū-mikan is mainly called "Satsuma" in other countries because Satsuma[薩摩（さつま）] was the former province name of a part of Kagoshima.

On the other hand, Kishū-mikan[紀州（きしゅう）蜜柑], which has smaller fruits than Unshū-mikan, is native to China and it was introduced into Japan. Kishū[紀州（きしゅう）], formal name "Kii[紀伊（きい）]" was a province where is located on the present Wakayama and Mie Prefecture. Wakayama is a major production area of Mikan. 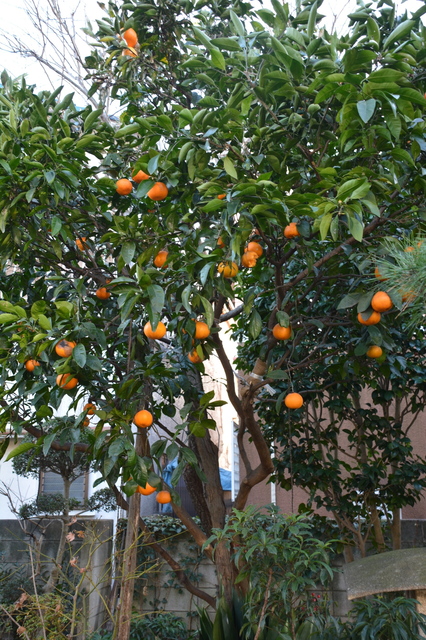 Unshū-mikan is one of the most eaten fruits in Japan. Unshū-mikan has various brand names in each region. Ehime-mikan[愛媛（えひめ）みかん] and Arita-mikan[有田（ありた）みかん] is especially famous. Ehime Prefecture is the largest production area of Mikan including Unshū-mikan. Arita-mikan is a brand name of Unshū-mikan produced around Arita City, Wakayama Prefecture.

And various cultivars have been created from Unshū-mikan.

Mikan is a representative fruit in winter. Eating Mikan in Kotatsu[炬燵（こたつ）](table covered with a coverlet with heating device), it is the typical image of staying at home in winter of Japan. That is eaten as it is and is processed into juice and canned fruits. 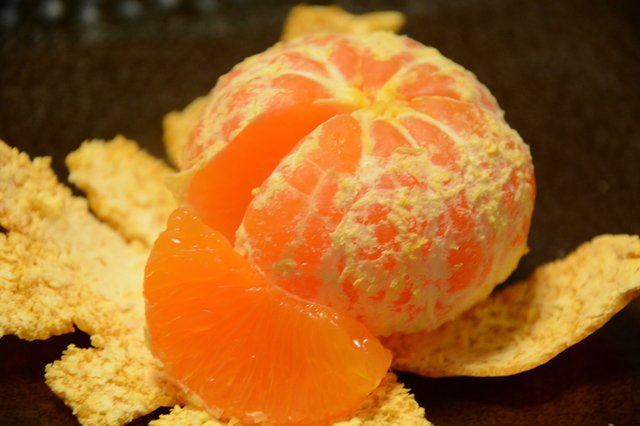 Reitō-mikan[冷凍（れいとう）みかん] is also famous. That is a frozen Mikan which was mainly sold at stations and people were eaten in train. And that has been served as a dessert of school lunch.


Mikan grows in warm. Therefore, the production areas concentrate on warm areas such as Ehime, Wakayama and Shizuoka Prefecture.

As previously mentioned, Ehime is the largest production area and various citrus and oranges are produced. In Matsuyama Airport, the tap from which juice of Mikan comes out is sometimes placed for PR of Mikan from Ehime.