スマートフォン専用ページを表示
Mejiro[目白（メジロ）] is a passerine bird of the white-eye family. It is a very small bird and is about 12 centimeters long. 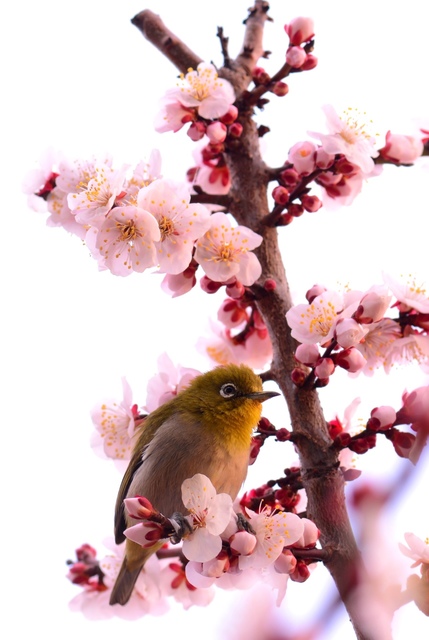 Mejiro has beautiful greenish brown feathers and has white feathers around its eyes. "Me[目（め）]" is "eye" in Japanese. And "Jiro", its original form is "Shiro[白（しろ）]" and it means "white". Therefore, it is also called "white-eye" in English.


That lives in east and southeast Asia. In Japan, it is a resident bird but that is seen only during summer in Hokkaidō where is a northern area of Japan because it likes warm weather. Mejiro is especially seen in the blooming season of Ume[梅（うめ）](Japanese apricot) in spring. It is an omnivorous bird and eats insects and fruits, especially nectar. It comes to the blooming Ume tree and sucks nectar of its blossoms. 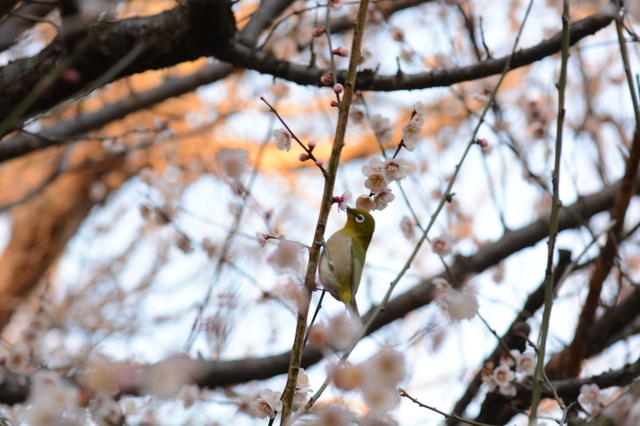 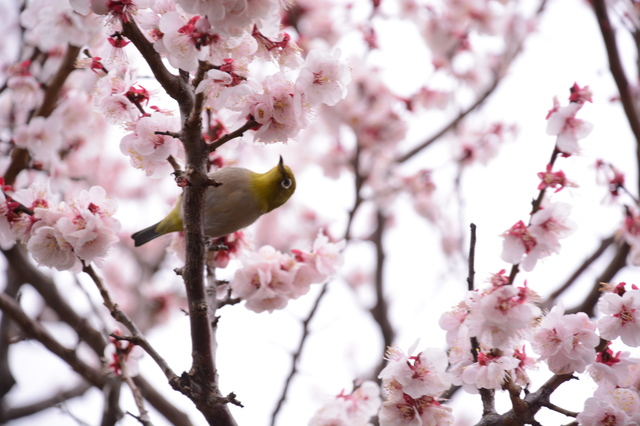 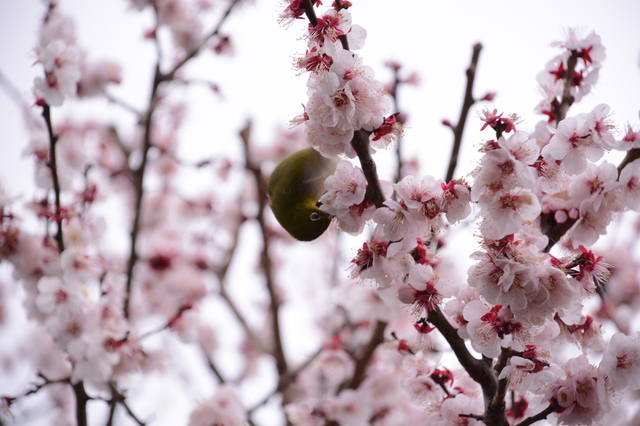 Mejiro is sometimes confused with Uguisu[鶯（ウグイス）](Japanese bush warbler) though it doesn't resemble Mejiro. There is a Japanese proverb, "Ume ni Uguisu[梅に鶯（ウメにウグイス）](Ume blossom and Uguisu)". It is an example of good harmonized combination. But Uguisu don't likes the Ume nectar but bugs. So, we can hardly see Uguisu on the Ume tree. And there is a Japanese sweets ingredient made of green peas called "Uguisu-an[ウグイス餡（ウグイスあん）]". Its color is more similar to Mejiro than Uguisu. Therefore, it is thought that they are confused.

By the way, there is a phrase, "Mejiro-oshi[目白押し（めじろおし）]". That refers to "the situation that there is something successive" or "the crowded situation with people in line". It derives from a habit of Mejiro which lines up in clusters on the branches. 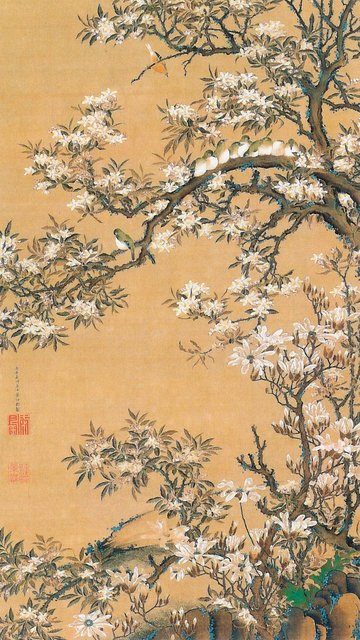 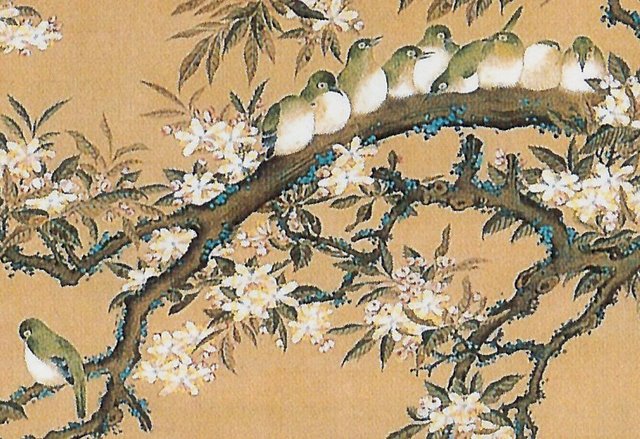