スマートフォン専用ページを表示
Kurobe Dam[黒部（くろべ）ダム] is an arch dam on the Kurobe River[黒部川（くろべがわ）] in Toyama Pref. Kurobe Dam is a tallest dam in Japan. Its height is 186m. The total capacity of water storage is about 200 million cubic meters. It was constructed for hydroelectric power. After the WWⅡ, Japan experienced high economic growth and faced a electric power shortage. The dam is located on the Kurobe Valley that is a deep v-shaped valley surrounded by the Hida Mountains[飛騨山脈（ひださんみゃく）] over 3,000m high. So, it's abundant in water by rivers form the mountains. It was the reason this place was selected. But this place was difficult to access. Because of that, the tunnel was built. It took 7 years from 1956 to 1963 at a cost of 51.3 billion yen for the construction of the dam project. And 171 casualties was brought. 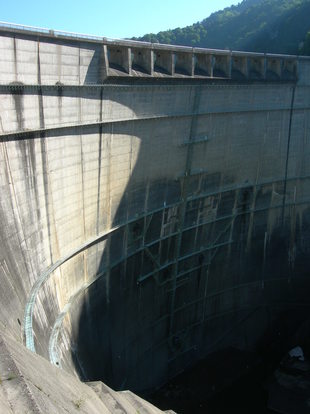 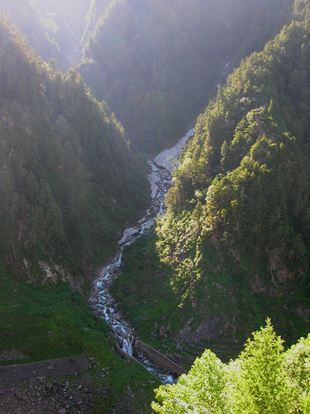 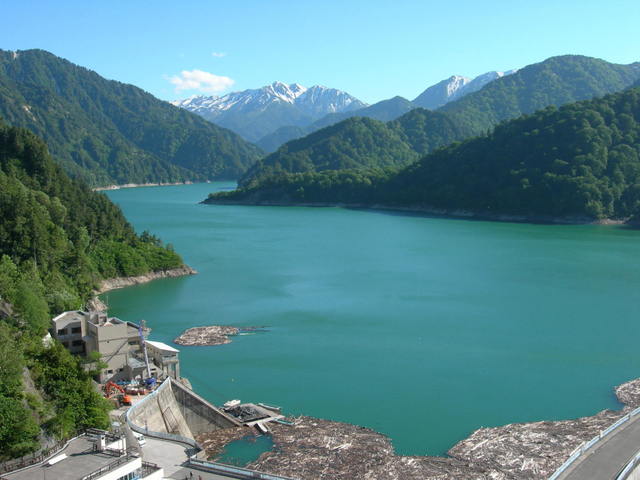 Tateyama mountains from Kurobe Dam
Tourists can visit there between April and October. From late June to mid-November, the dam discharges water for tourists. It's very powerful & impressive. Kurobe Dam is a spot on the Tateyama Kurobe Alpine Route[立山黒部（たてやまくろべ）アルペンルート] that is in picturesque great nature. The route is connected by railway, bus, rope-way, funiculars & trolleybuses. 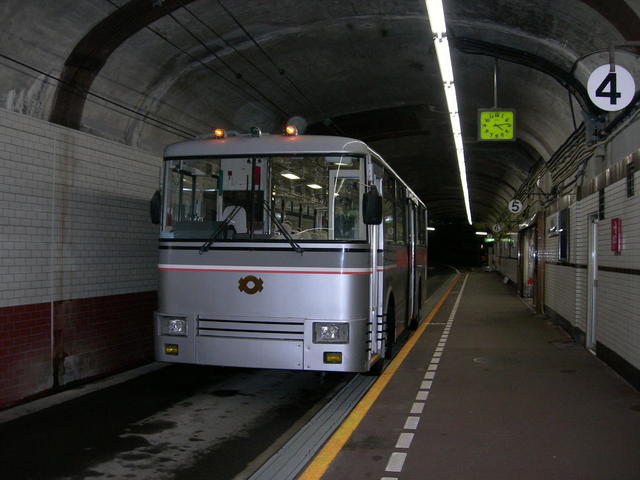 Trolleybus
(There are two lines on the Tateyama Kurobe Alpine Route that only exists in Japan.)