スマートフォン専用ページを表示
Kotatsu[炬燵（こたつ）] is a traditional heating device. That is a frame or table which has a heat source underneath and that is covered with Futon[布団（ふとん）](coverlet). Kotatsu is used by covering the lower body with Futon. 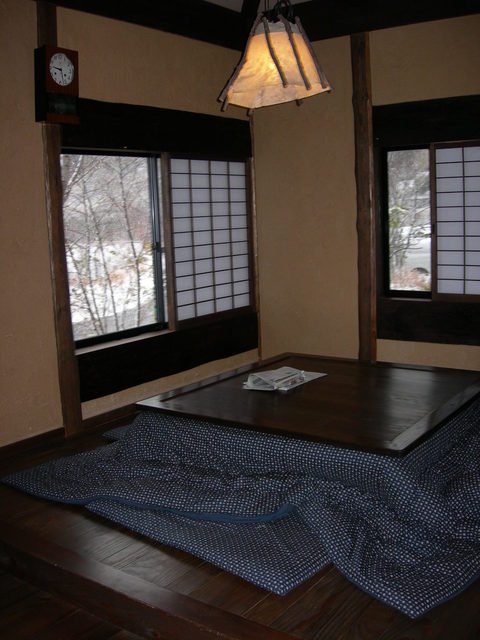 And Hori-gotatsu[掘り炬燵（ほりごたつ）] is a kind of Kotatsu. It's a Kotatsu that the floor under the table is cut down to put the legs down as if to sit in a chair.


It is said that Kotatsu was invented in the Muromachi Period(1336-1573). It consisted of a frame put over Irori[囲炉裏（いろり）](Japanese traditional hearth) and Futon which covered that. For a long time, a charcoal was used as the heat source. After the WWII, electric Kotatsu using infrared ray has become popular. 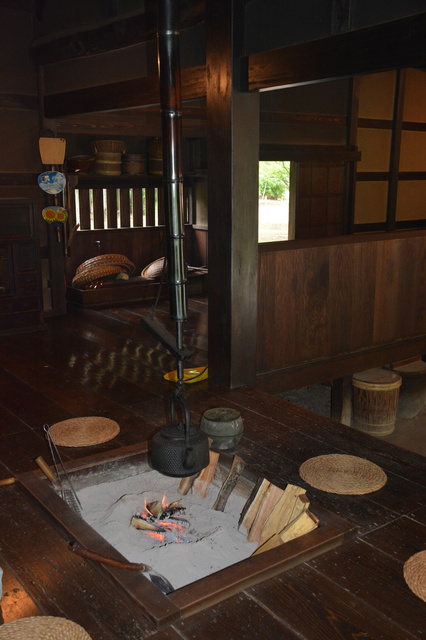 Summer in Japan is very hot and humid. Because of that, the houses have been made breathable. But it is very cold in winter. Its airtightness is low and it is not efficient to heat the whole room.

Therefore, Kotatsu is efficient for Japanese house. But the demand of Kotsu is decreasing due to introduction of air conditioner and highly airtight house.

Eating Mikan[蜜柑（ミカン）](mandarin orange) in Kotatsu, it is the typical image of staying at home in Japanese winter. And it is thought that a cat like Kotatsu. 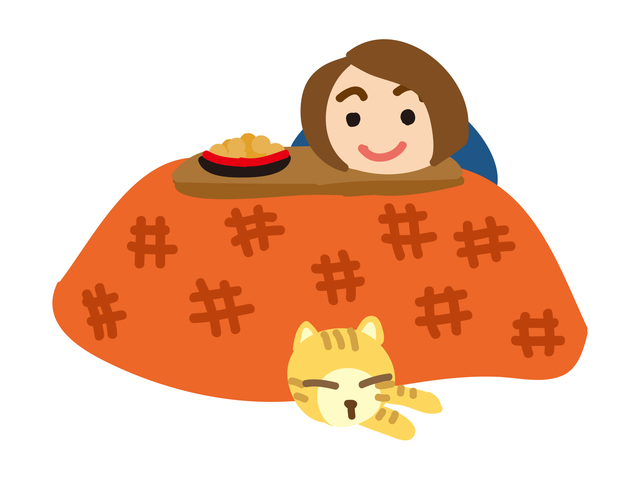