スマートフォン専用ページを表示
Kawazu-zakura[河津桜（カワヅザクラ）] is a kind of Sakura[桜（サクラ）](Cherry blossom). That is known as an early blooming Sakura and blooms from mid-February to early March. 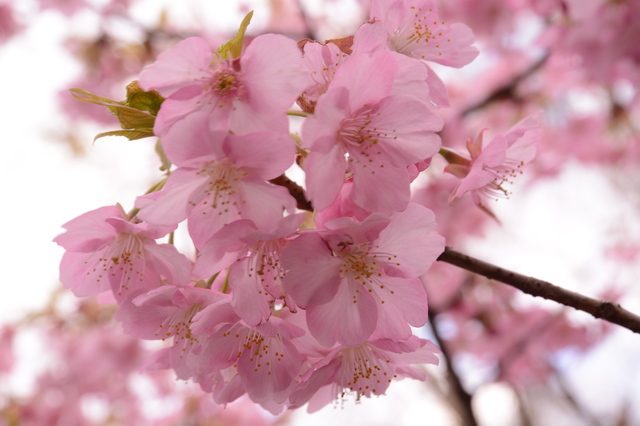 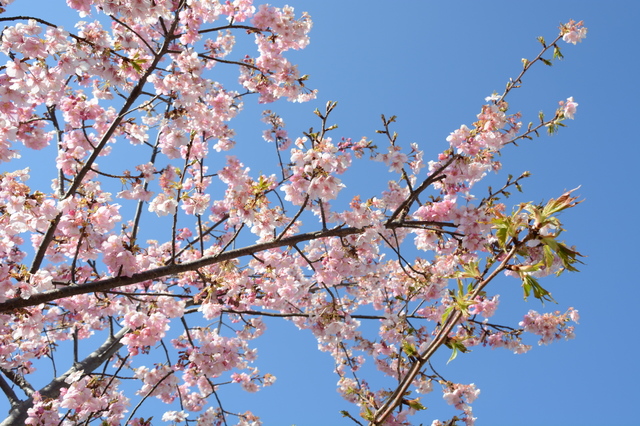 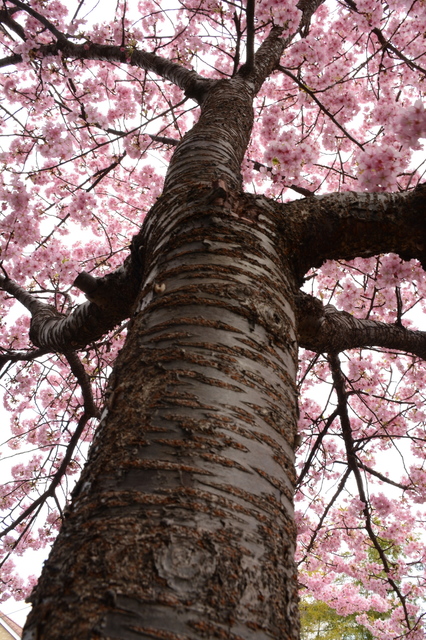 Kawazu-zakura blooms longer than other Sakura such as Somei-yoshino[染井吉野（ソメイヨシノ）] that is the most favorite Sakura but that blooms only for about a week. Vivid pink blossom is also one of the feature of Kawazu-zakura. 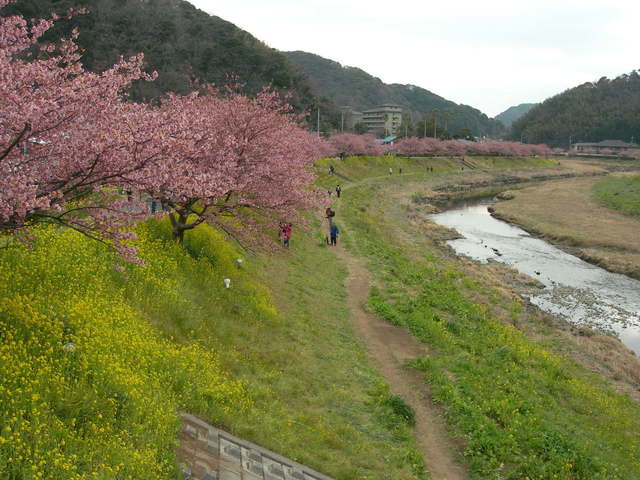 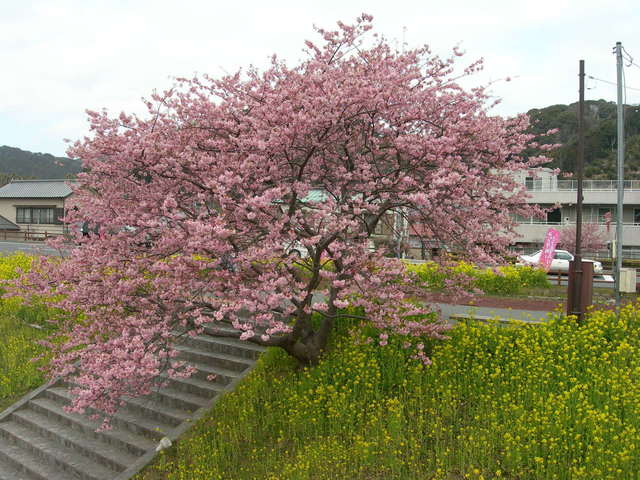 Kawazu-zakura was accidentally discovered by Katsumi Iida[飯田勝美（いいだかつみ）] who lived in Kawazu[河津（かわづ）] Town, Shizuoka Prefecture. On February, 1955, he discovered blooming young Sakura along the Kawazu River and he transplanted it to his garden.

At that time, this Sakura was called "Komine-zakura[小峰桜（こみねざくら）]"(Komine was his house's name.). But it turned out to be a new species generated by natural breeding as a result of a research and was named "Kawazu-zakura". 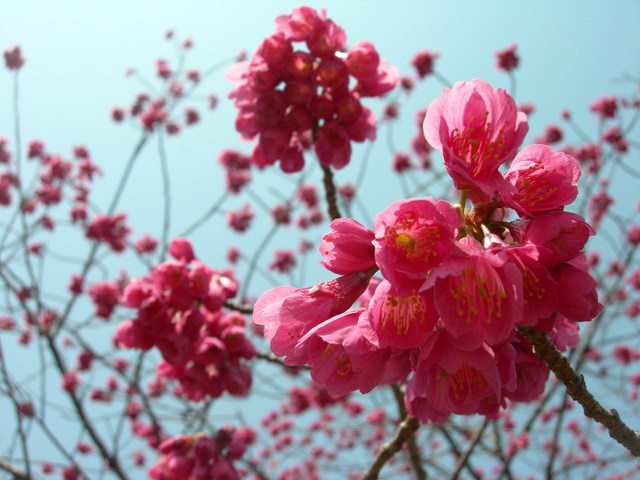 In Kawazu Town, pink blossoms of Kawazu-zakura cover the banks of Kawazu River and Kawazu-zakura Festival is held from February to March. Sakuras are illuminated at night. 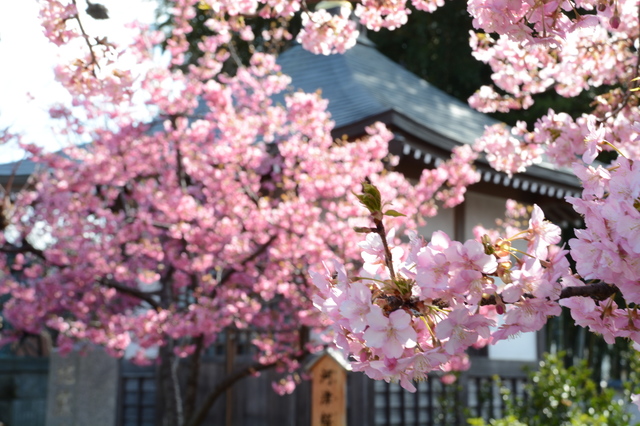 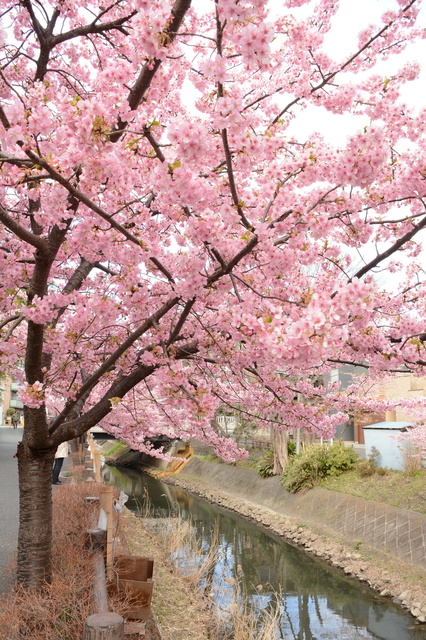 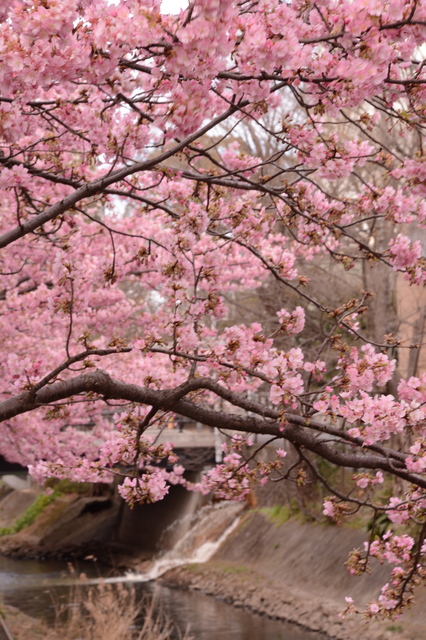 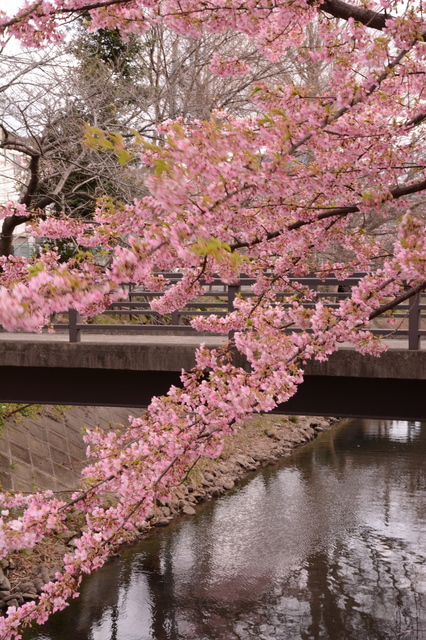 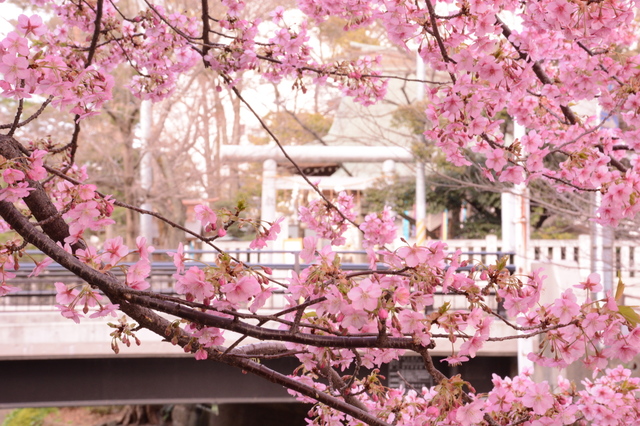 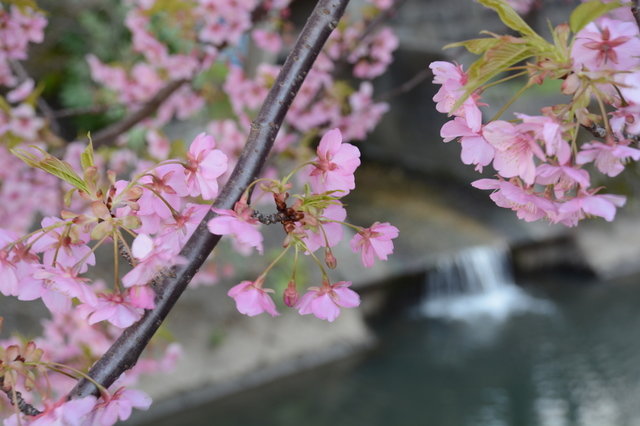 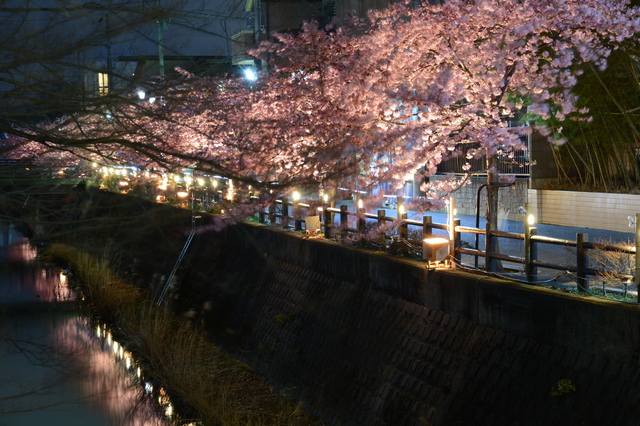 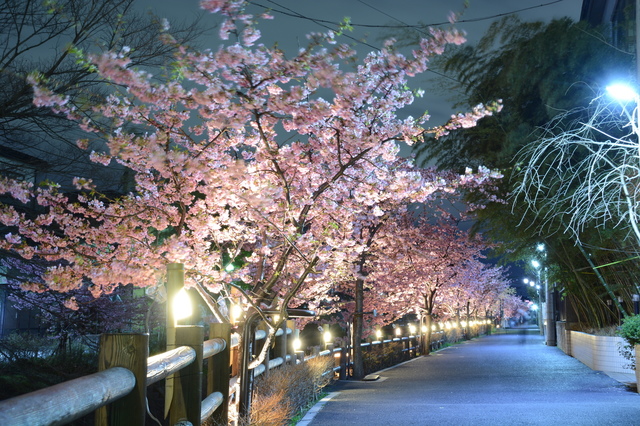 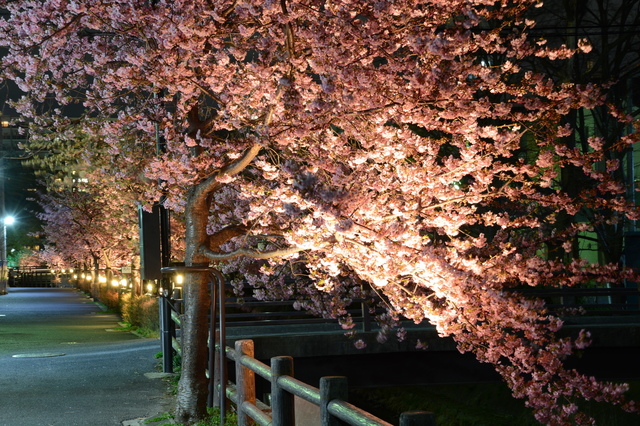 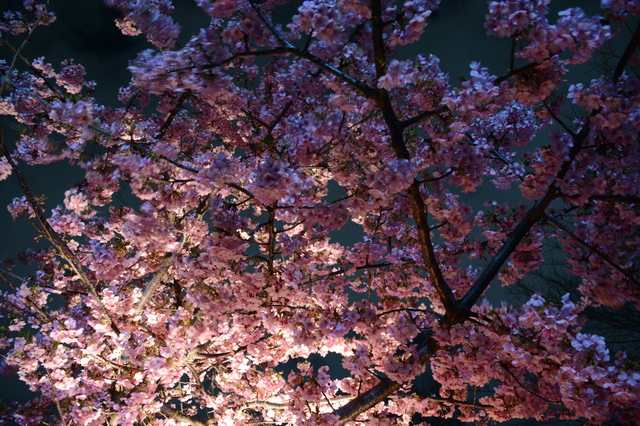