スマートフォン専用ページを表示
Kamakura[かまくら] are traditional ceremonies wishing for good harvest, good health, etc. on Ko-shōgatsu[小正月（こしょうがつ）](around January 15th) of the old lunar calendar in each area of Akita Prefecture. That is mainly held in mid-February now.

And as one of events of Kamakura, snow caves are made. Because of this, snow cave itself is also called "Kamakura" in general and that is made for tourism regardless of the ceremony in the snowy regions. 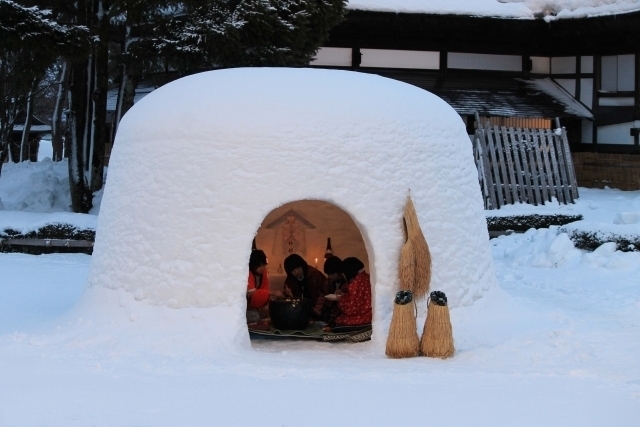 Kamakura of Yokote[横手（よこて）] City is the most famous and that has about 450-year history. That is held on February 15 and 16 every year.

In snow cave "Kamakura" where an altar enshrining the god of water(Suijin or Mizugami[水神]) is set up, children say to visitors, "Haittanse[はいったんせ]" and "Ogandanse[おがんだんせ]"(These are dialects of Akita. Haittanse means "Please come in" and Ogandanse means "Please pray to god". ) and serve them Mochi[餅（もち）](rice cake) and Ama-zake[甘酒（あまざけ）](sweet low-alcohol Sake made from fermented rice.). And visitors offer money to the god and pray. 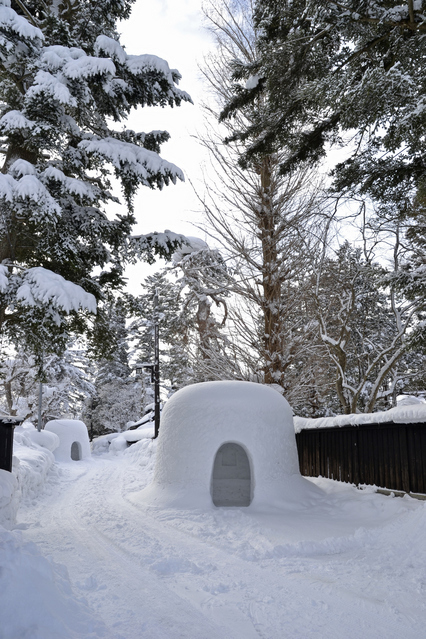 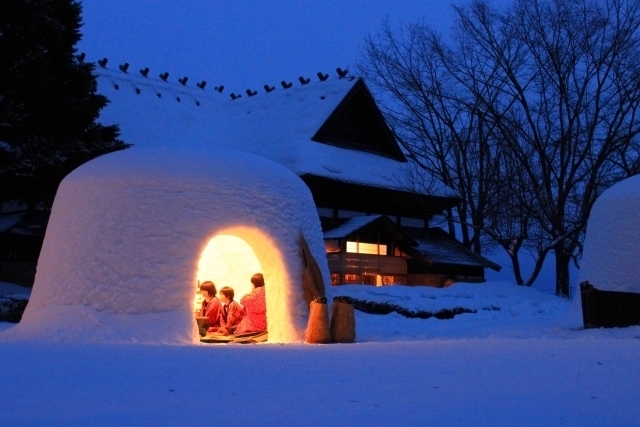 In Yokote Park, you can enjoy the scene of Kamakura and Yokote Castle. At night, candles are lighted in small Kamakuras.

A German architect, Bruno Taut described the beauty of Kamakura of Yokote in his writing work, "Rediscovery of Japanese Beauty". 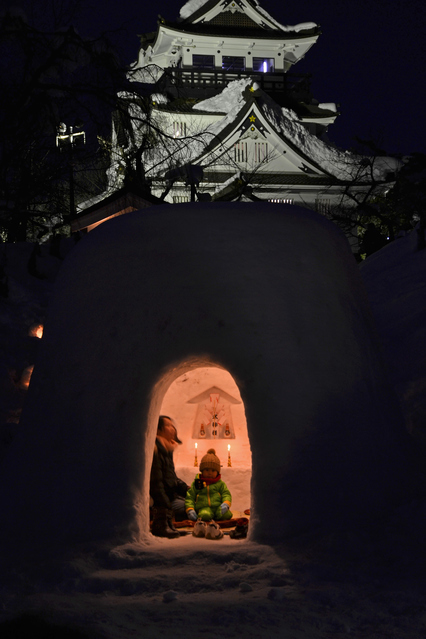 Kamakura and Yokote Castle at Yokote Park by photolibrary

Kamakura of Rokugō[六郷（ろくごう）] District in Misato[美郷（みさと）] Town has about 700-year history and it has been designated as an important intangible folk cultural asset. That is held from February 11 to 15 every year.

And there are some ceremonies other than that. Especially, Take-uchi[竹（たけ）うち] is the highlight of Kamakura of Rokugō. That is an event that young men divide into two teams and beat each other with bamboo sticks for winning.

Kamakura of Rokugō has well-preserved traditional forms compared to that of Yokote.

Hiburi-kamakura[火振り（ひぶり）かまくら] of Kakunodate[角館（かくのだて）] District, Senboku[仙北（せんぼく）] City is an event of swinging burnt straw bag. That is held on February 13 and 14. 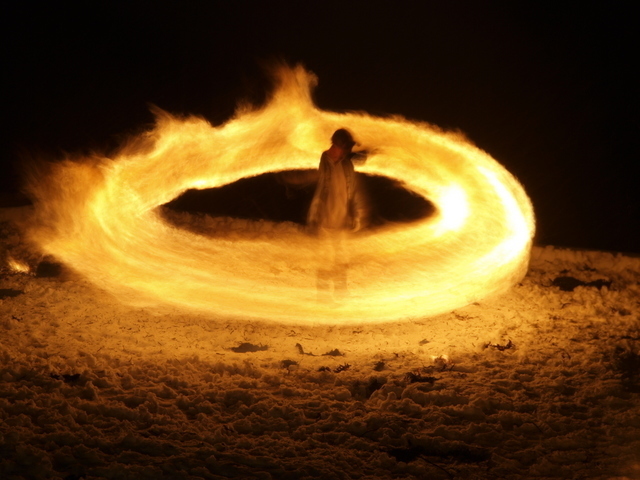 And there is similar ceremony of making snow caves which is held on Ko-shōgatsu in Uonuma[魚沼（うおぬま）] Area, Niigata Prefecture.


In terms of Kamakura as a snow cave for tourism, the event held in Yunishigawa[湯西川（ゆにしがわ）] Hot Spring, Tochigi Prefecture is famous. You can enjoy BBQ in Kamakura. At night, candles are lighted in many small Kamakuras and the scene is very fantastic. 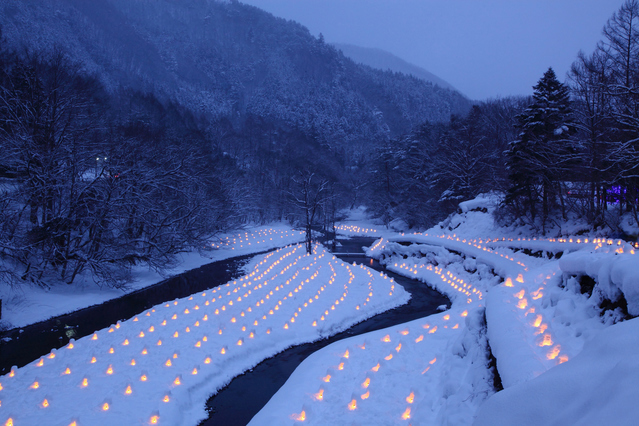