スマートフォン専用ページを表示
Kamado[竈（かまど）] is an oven for cooking rice & dishes and that has been used since ancient times in Japan. That is also called "Hettsui[へっつい]" or "Kudo[くど]". Kamado is made of (plastered) soil, brick or cement, etc. It is used with putting wood or charcoal in the lower part of it and putting a pan or a pot called "Kama[釜（かま）]" on a hole of the upper part of it. 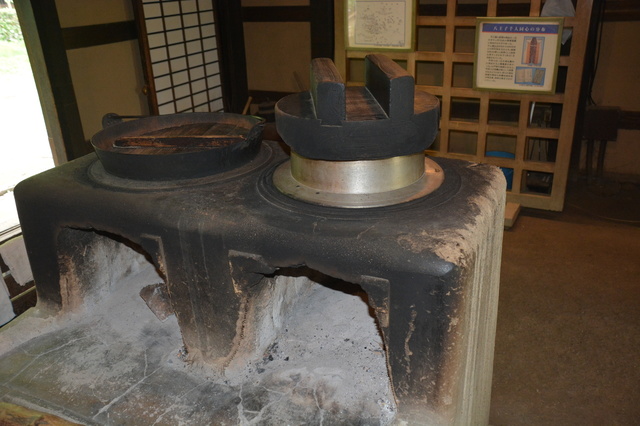 Kamado at a house of the Edo Period,
Edo-Tokyo Open-air Architectural Museum

Many Japanese houses were provided with Kamado until around 1950 and that was mainly made on a dirt floor connecting to the entrance because of preventing fire. But with the advent of gas cooking stove & rice cooker, houses having Kamado almost disappear. 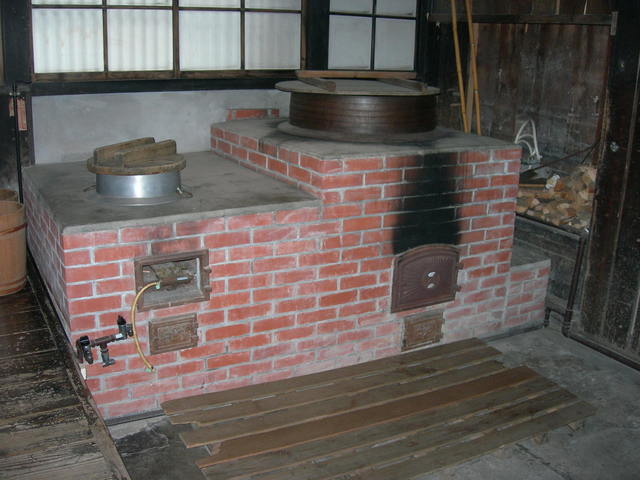 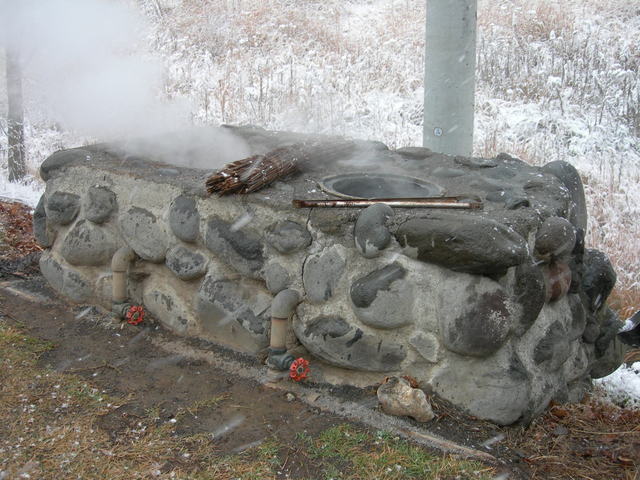