スマートフォン専用ページを表示
Ichō[銀杏, 公孫樹 or 鴨脚樹（イチョウ）](gingko) is a deciduous tree of Ginkgoaceae family and it is native to China. That is often used as a street tree and grows to 30 meters tall. Ichō has fan-shaped leaves and they turn yellow in autumn. 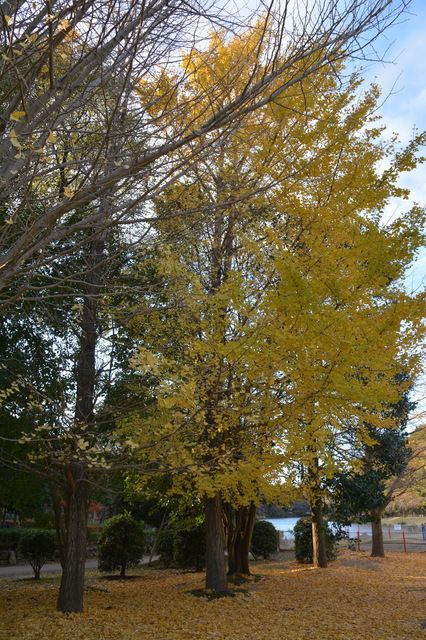 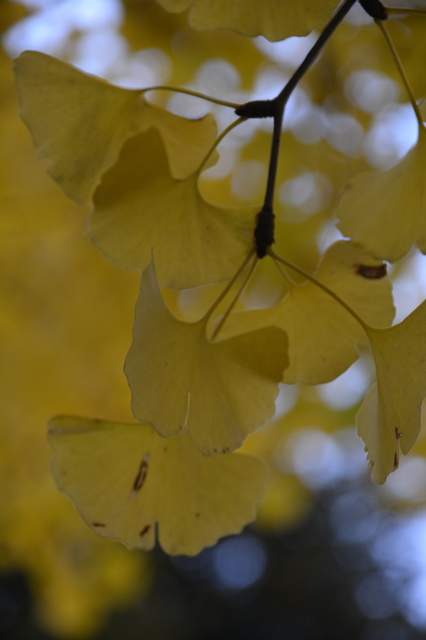 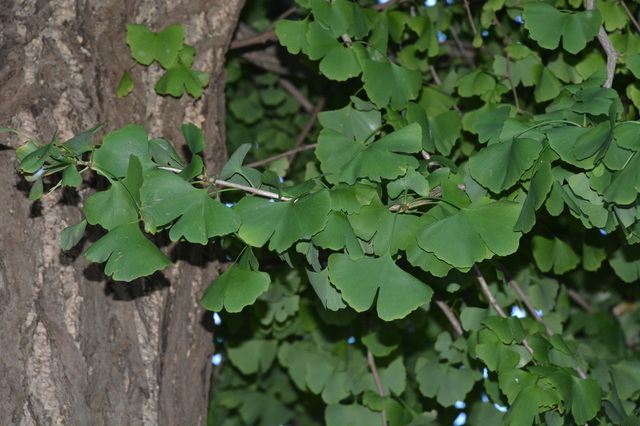 Ichō has been designated as a tree of Tokyo Metropolis, Kanagawa & Ōsaka Prefectures and especially, in Tokyo, its leaf is used as the official logo of Tokyo Metropolis. In the outer garden of the Meiji Shrine[明治神宮（めいじじんぐう）] in Tokyo, there is a Ichō-lined street and that is often used as locations for films and televisions. Many people visit there in the season of colored leaves. 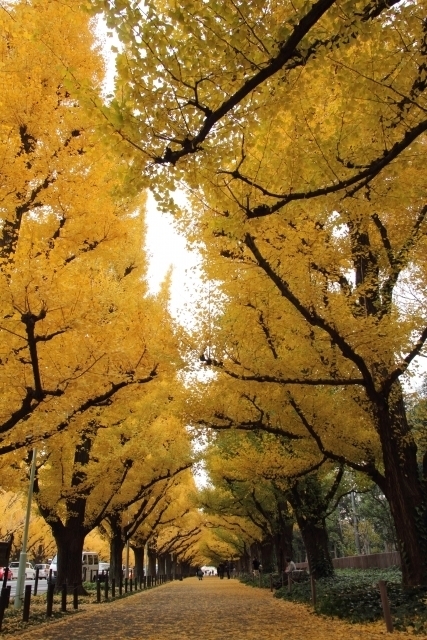 Ichō-lined street of the outer garden of Meiji Shrine

Ichōs are dioecious tree and the female tree bears nuts. Its nuts are called "Ginnan[銀杏（ぎんなん）]"(Chinese characters "銀杏" are also used for Ichō. And Ichō is also written as "公孫樹" or "鴨脚樹".) and it is used for food. In autumn, places around female Ichō smells strongly bad because of mature Ginnans.

Ginnan has a bitter taste and sticky texture. Grilled Ginnnan with salt is the best with beer. Ginnan is used as a ingredient of Chawanmushi[茶碗蒸し（ちゃわんむし）](a steamed egg dish with various ingredients in a cup) and Chinese cuisine. 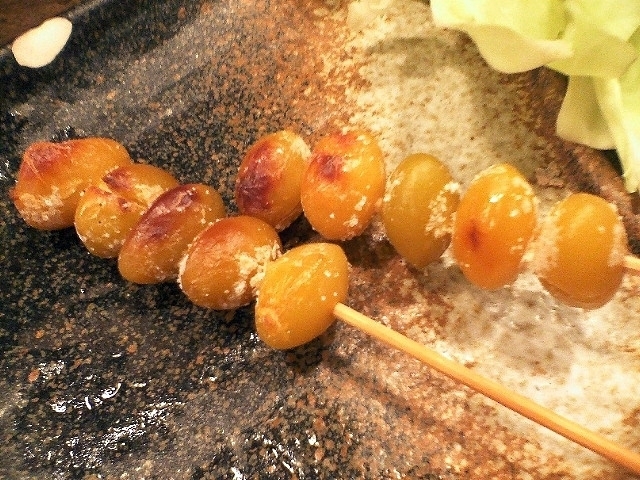 Ginnan contains a chemical compound "4'-O-methylpyridoxine(MPN)". MPN may cause a lack of vitamin B6 and it may be poisonous to nerves. So, you should not eat too much Ginnan.