スマートフォン専用ページを表示
On august 6, 1945, An atomic bomb was dropped on Hiroshima by U.S. Most buildings within two kilometers of the hypocenter were devastated. But Genbaku Dōmu[原爆（げんばく）ドーム](Atomic Bomb Dome) is one of buildings which narrowly survived. Genbaku Dōmu was registered as a cultural site of world heritage in 1996 and this is also known a heritage of tragedy that communicates the terror of nuclear weapons. 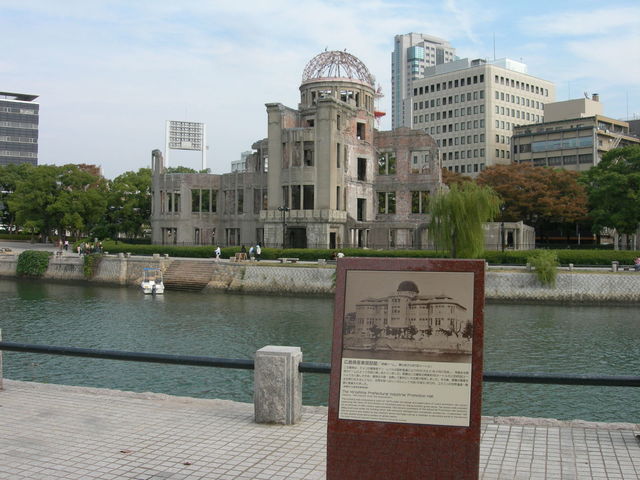 Genbaku Dōmu was originally built as Hiroshima Prefecture Industrial Products Display Hall[広島県物産陳列館（ひろしまけんぶっさんちんれつかん）] by a Czechoslovakian architect, Jan Letzel. That was a Secession style architecture and consisted of the main part that was a three-storied brick building and the center part that was a five-storied staircase covered with a dome. The building was mainly used for display & sales of the Hiroshima's products and exhibitions.
At 8:15 am, on august 6, 1945, an atomic was bomb dropped on Hiroshima by a U.S. B-29 bomber "Enola Gay" and exploded at 160 meters southeast of the building. It was the first nuclear weapon used in war. The main building was almost blown off but a part of that & dome narrowly survived.


After WWII, Genbaku Dōmu had been left and might had collapsed by deterioration due to weather. Those days, there was a request for not only preserving it but also destroying it by citizens because it reminded them of unpleasant memories. But in 1966, the Hiroshima City Council passed a resolution to preserve the Atomic Dome. Hiroshima City asked for donations for its preservation work and in 1967, that was completed. 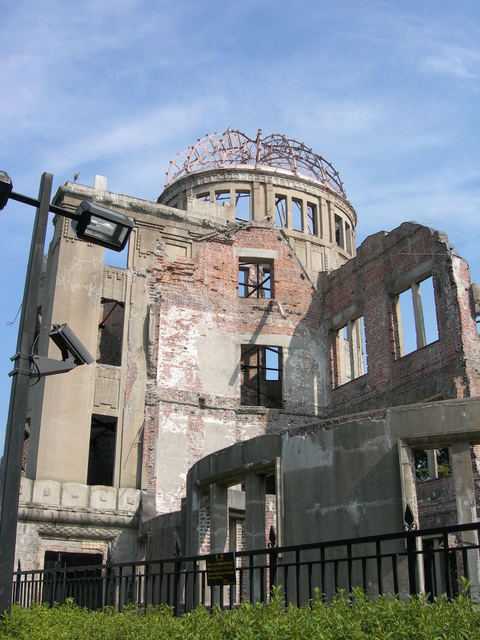 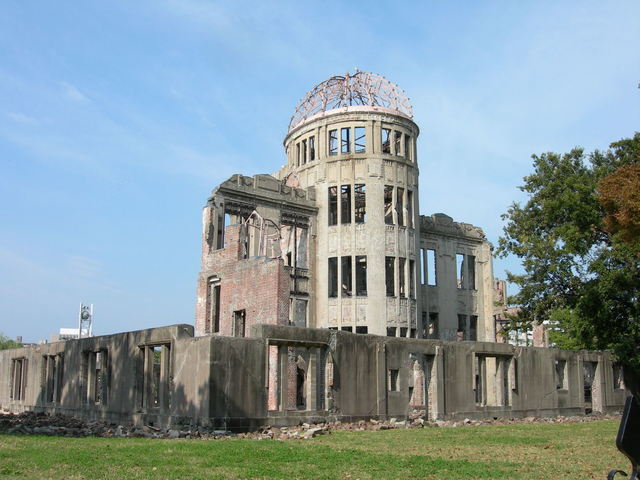 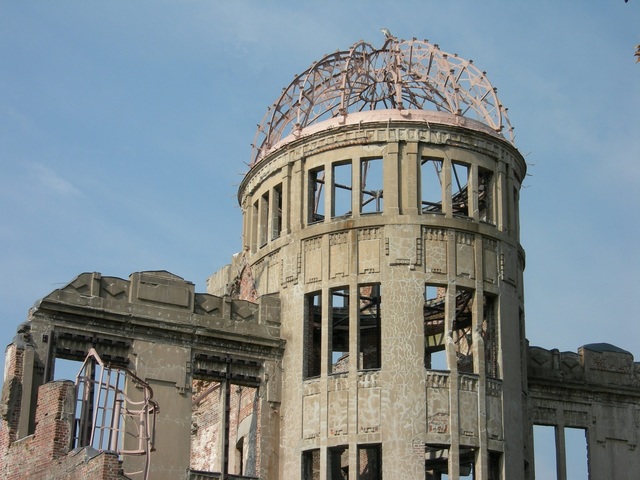 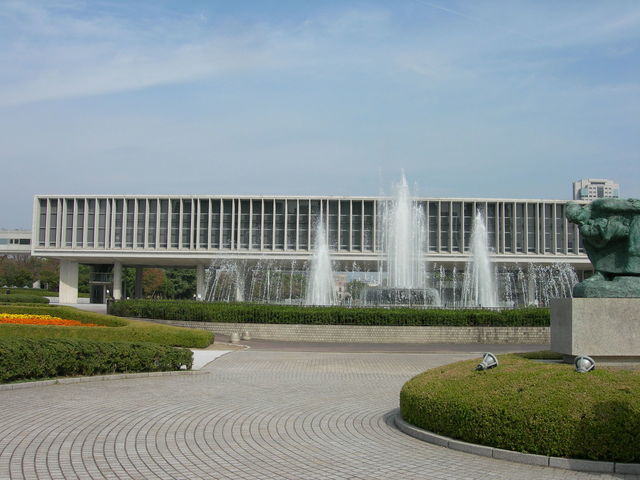