スマートフォン専用ページを表示
Summer in Japan is very muggy. Therefore, in Japan, many ways to spend summer comfortably have been invented since ancient times. Fūrin[風鈴（ふうりん）] is one of that. 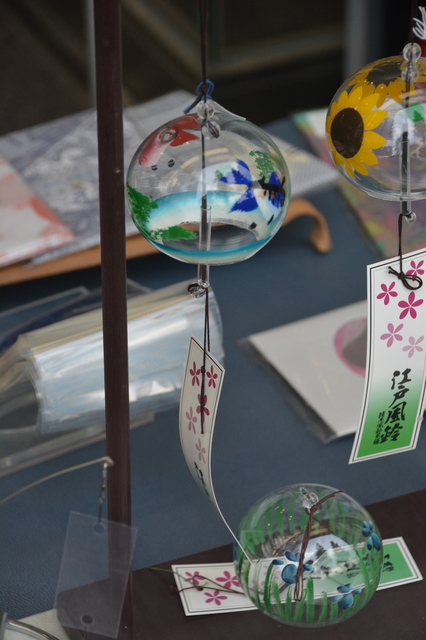 Fūrin is a bell mainly made of glass or metal and that is hung from the eaves of a house. That sounds are made by catching wind. The sound is high-pitched, clear and has relaxation effect. Japanese people feel coolness in this sound.

Its structure resembles that of the bell. Main part has a shape like a upside-down bowl and the sounds of Fūrin are made by striking the main part with a hanged stick called "Zetsu[舌（ぜつ）]" inside of that by wind power. A paper or plastic piece hung on Zetsu receives winds and makes it easier to make sounds. It is thought that Fūrin originated in China. At that time, it was used as a tool to predict fortunes by wind directions or its sounds. It was called "Senfūtaku[占風鐸（せんふうたく）]".

It was introduced to Japan along with Buddhism. And those had been made of bronze and had been used as charms against evil at temples. In the Edo Period(1603-1868), Fūrin made of glass appeared and spread as a cooling tool in summer little by little.

Fūrins are not used much in the recent years but you can feel relaxed in that sounds. 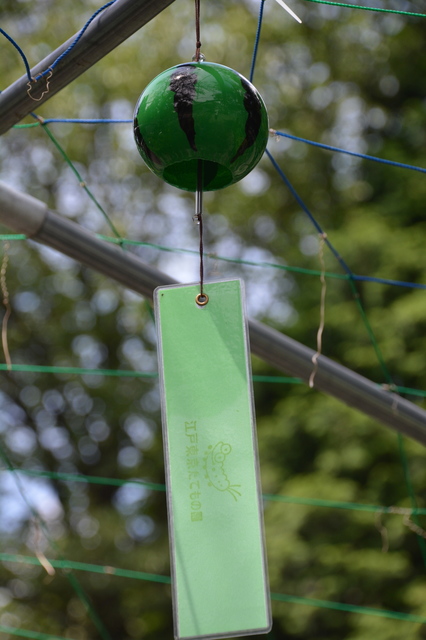