スマートフォン専用ページを表示
Ayu[鮎（アユ）](sweet fish) is a fish of smelt family. Ayu is widely distributed in East Asia, from Hokkaidō and Korean Peninsula to Northern Vietnam. 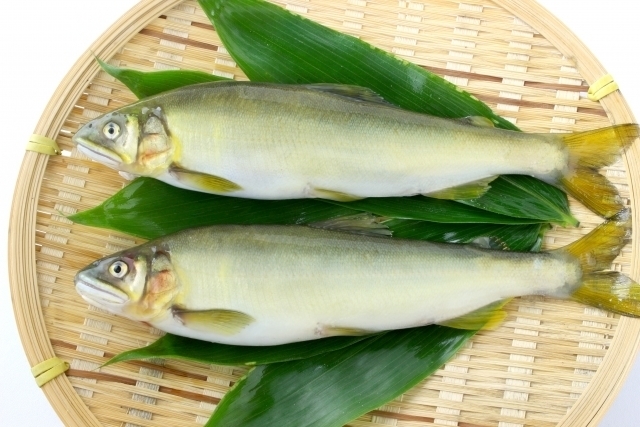 Ayu spawns in the lower part of river mainly in autumn. Right after the eggs hatch, larval fishes go down to the sea. They feed on animal plankton.

The young fishes go up the river in spring. They stay in the middle or upper stream of river while they mainly feed on algae. It is often said that they smell like a cucumber. After that, when they mature, they go down the river in order to spawn.

In Japan, Ayu is eaten as a representative freshwater fish in summer. It tastes light and is mainly grilled with salt. Tempura[天婦羅（てんぷら）] of Ayu is also popular.

In mountainous rural areas, Ayu is a major food. Natural Ayu especially tastes good and that is traded at a high price. 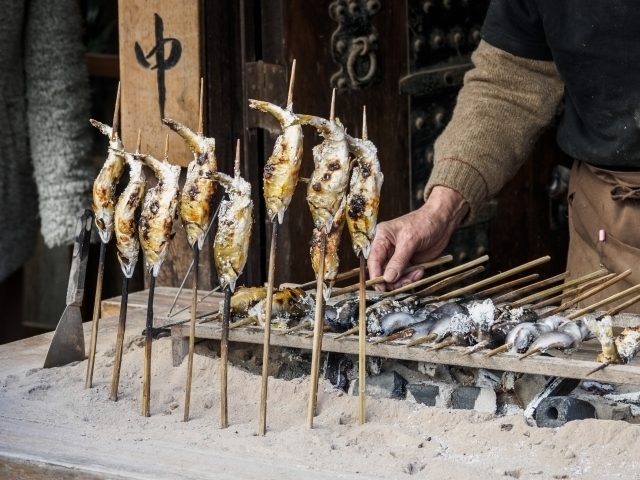 Ayu is a territorial fish and it has a habit of attacking other Ayu which comes into its territory.

Tomo-zuri[友釣り（ともづり）] is a fishing technique using this habit. At first, you put a nose ring attached to a fishing line on a decoy Ayu. After that, you drop the line in the territory of other Ayu. Ayu tries attacking the decoy and gets caught on the hook.

Above all, Ukai held on Nagara River[長良川（ながらがわ）] at Gifu[岐阜（ぎふ）] City, Gifu Prefecture is the most famous. That is held at night from May 11 to October 15 every year.

Waka-ayu[若鮎（わかあゆ）](That means young Ayu) is one of Japanese confections(Wagashi[和菓子（わがし）]). That is an Ayu-shaped pancake filled with a kind of rice cake, Gyūhi[求肥（ぎゅうひ）]. 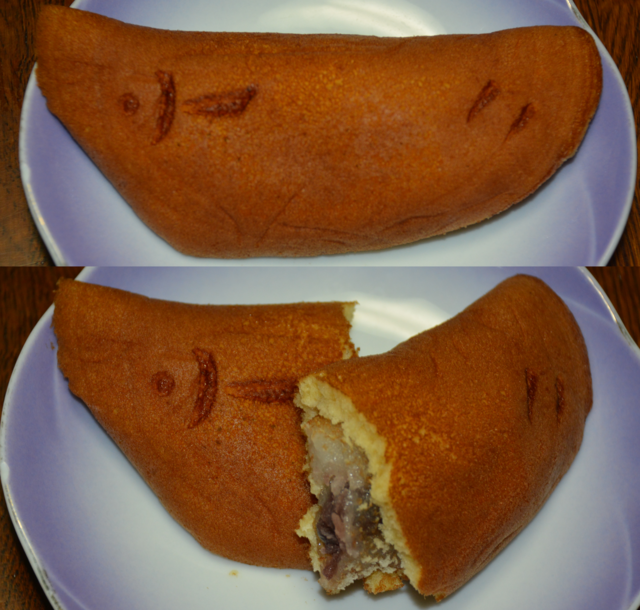