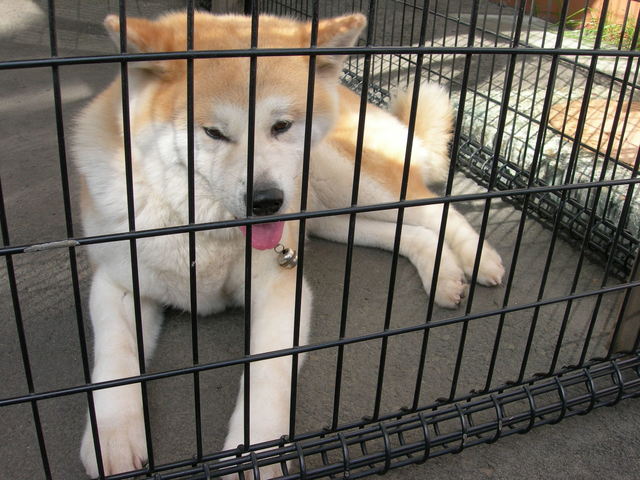 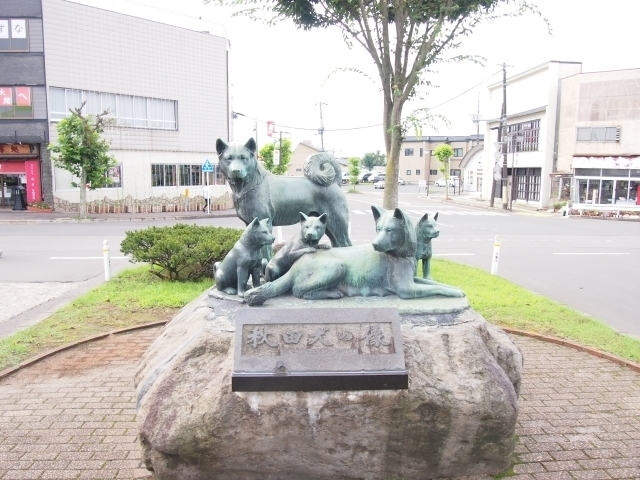 Statue of Akita-inu family at the front of Ōdate Station

In the Edo Period(1603-1868), dogfights were encouraged by Satake[佐竹（さたけ）] clan, a lord of Ōdate Domain and Akita-inus were actively crossbred with other species because of creating strong dogs.

Dog fight was prohibited in 1901 and Akita-inu declined and was in danger of extinction. After WWII, full blooded Akita-inus began to be preserved. 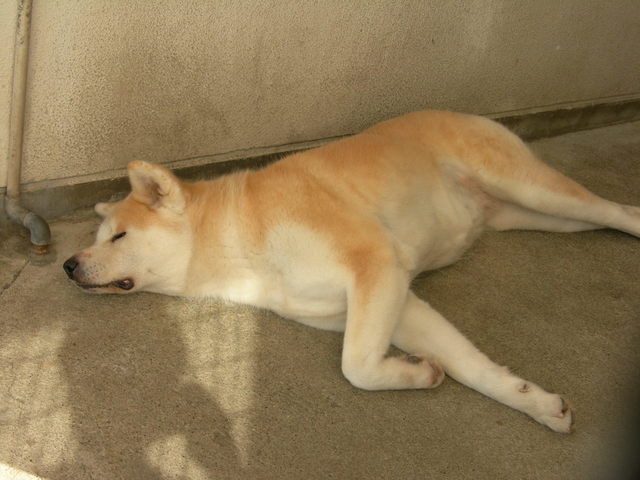 Hachi[ハチ], globally known as a faithful dog, was also a Akita-inu.

In 2012, a female Akita-inu named "Yume[ゆめ]" was presented to Russian President Vladimir Putin by the governor of Akita in return for Russian support after the Great East Japan Earthquake.

An Akita-inu named "Wasao[わさお]", which lives in Ajigasawa[鯵ヶ沢（あじがさわ）] Town, Aomori Prefecture, became famous as Busa-kawa-ken[ブサかわ犬（けん）](ugly but cute dog) in 2008 and photo books and movie of Wasao were released.

After WWII, US military serving as the occupation force in Japan brought back Akita-inus to USA. Those Akita-inus were dogs crossbred with other species such as Mastiff and German Shephard. Descendants of those Akita-inu are recognized as American Akita now.


As a spitz-type dog, Akita-inu has its features such as standing ears, curling tail. Akita-inu has double coats and there are some color coat types; Aka[赤（あか）](That means red but its coat is brown.), Shiro[白（しろ）](white) and Tora[虎（とら）](That means tiger, that coat is mottled two color.) 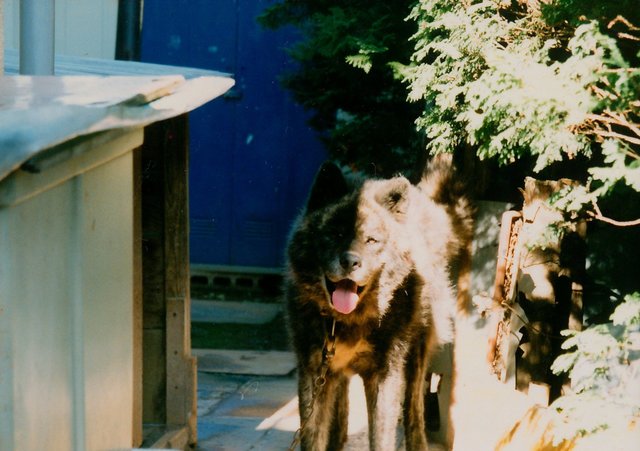 Black & white Tora coated Akita-inu I had when I was a child.

Akita-inus are loyal to its owner and family and are suitable for watchdogs but they sometimes become aggressive against strangers and other dogs because they were kept as hunting dogs. And they are stubborn. Therefore, Akita-inu is not easy to keep.