スマートフォン専用ページを表示
June is the season of Ajisai[紫陽花（アジサイ）](Hydrangea) flowers in Japan. 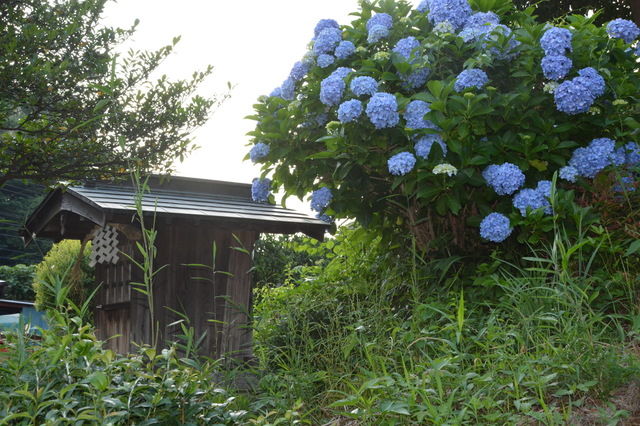 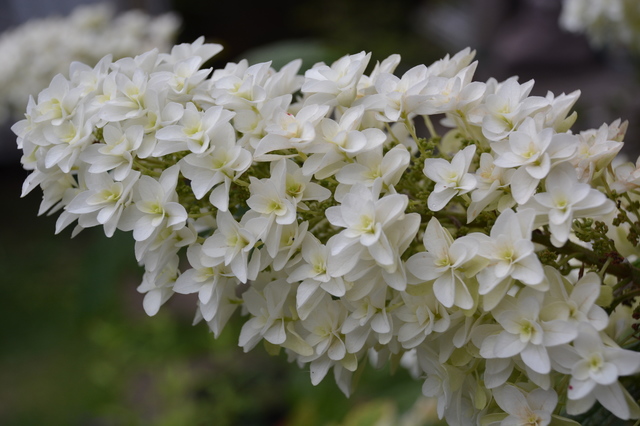 Hon-ajisai is a common Ajisai which has hemispherical flowers. It is the most popular Ajisai. Actually, the hemispherical part of Hon-Ajisai is not flowers but the developed calyx. There are real flowers in the center of each calyx. Many kinds of Hon-Ajisai were created in the world and have spread over the world. 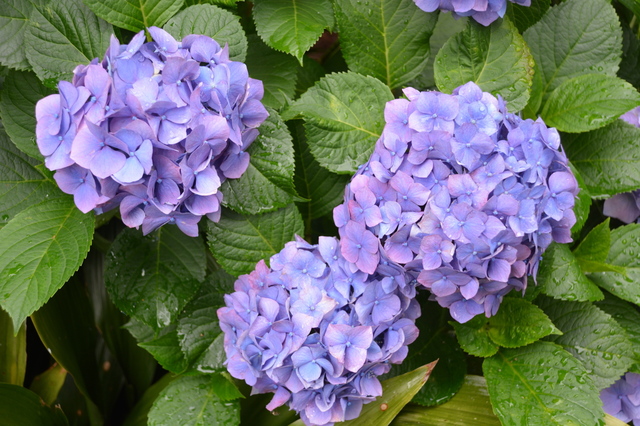 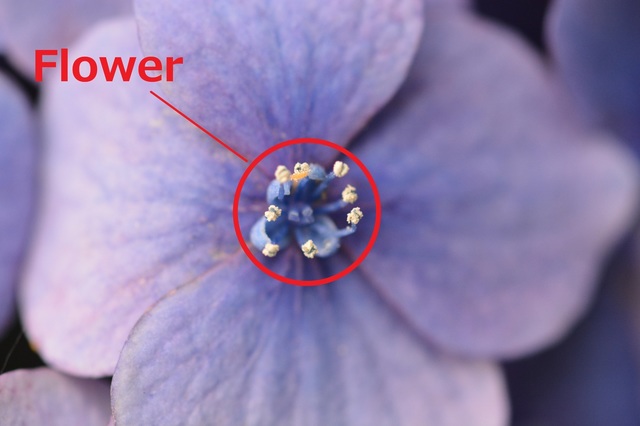 Gaku-ajisai is native to Japan. Gaku-ajisai does not have hemispherical calyx like Hon-ajisai. It has small flowers around flowery calyx. Its popularity has grown in recent years because of its unique figure. 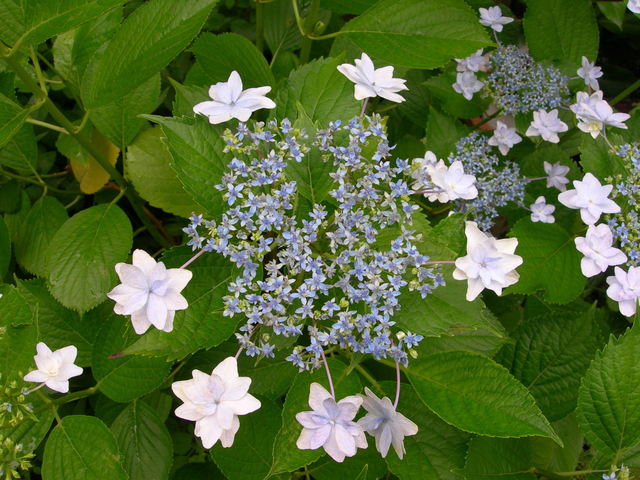 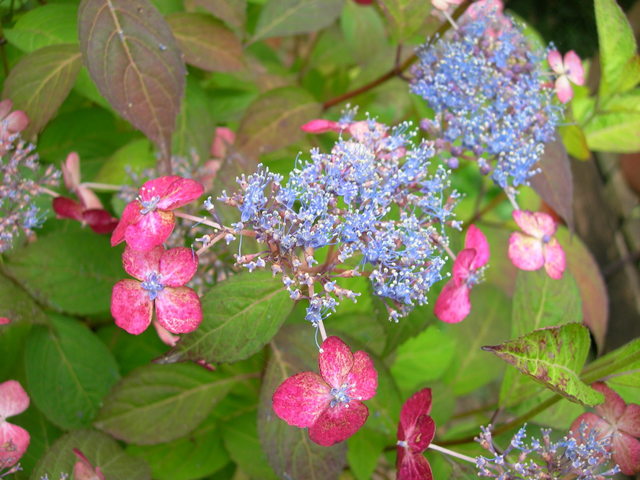 In general, the colors of Ajisai change by each soil. It becomes blue in the acidic soil and red in the alkaline soil. Ajisai is beautiful but a poisonous plant. 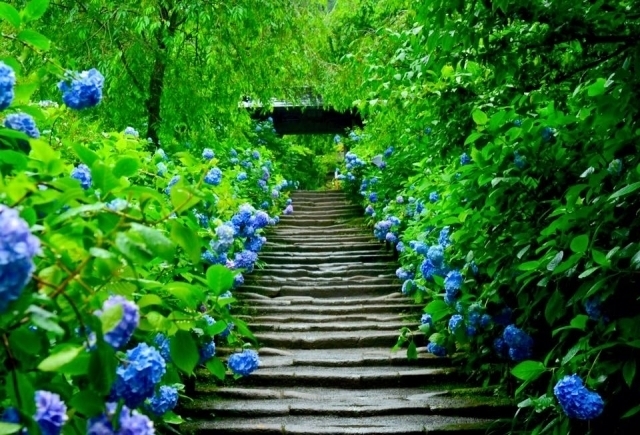 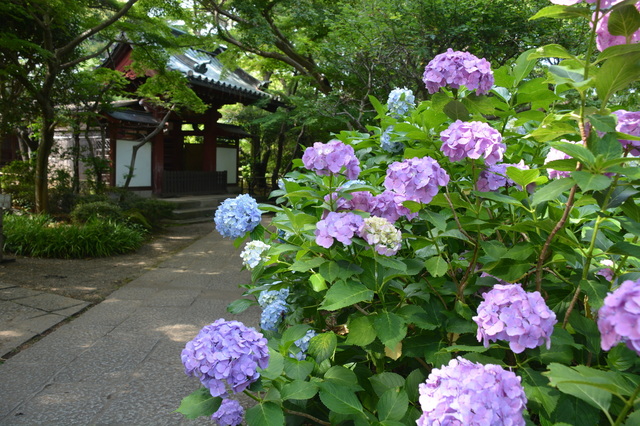 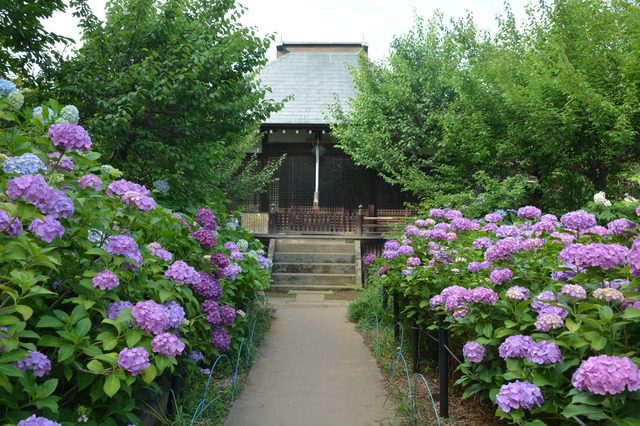 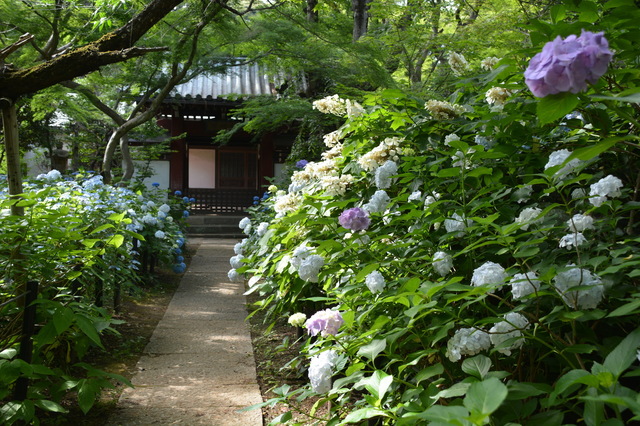 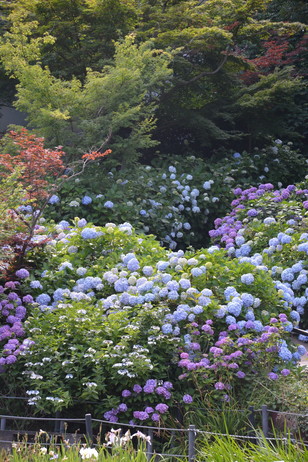 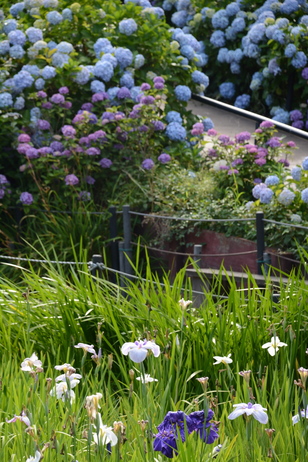 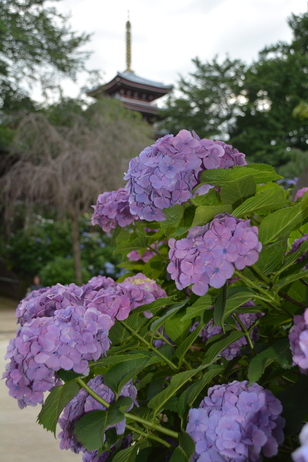 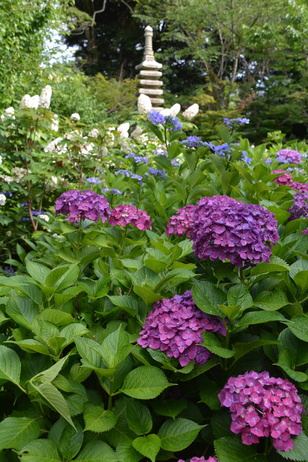